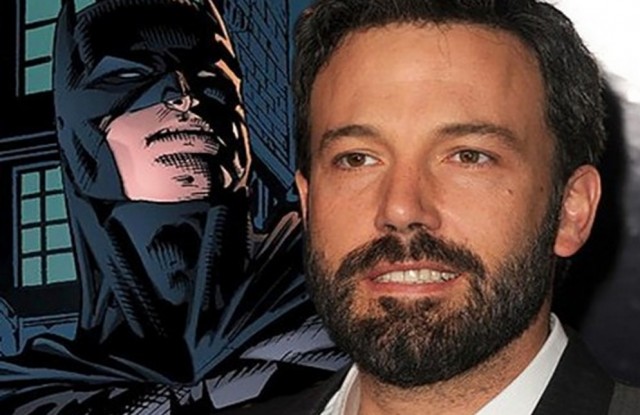 The cat's out of the bag, bat-fans. Ben Affleck will don the cowl for 2015's Man of Steel follow-up, the first time Batman and Superman will be united on the big screen.

Director Zack Snyder is describing Affleck's Batman as "older and wiser" than Henry Cavill's Clark Kent (Affleck is 11 years Cavill's senior) and says he "bears the scars of a seasoned crime fighter, but retain[s] the charm that the world sees in billionaire Bruce Wayne."

Hollywood fans on Twitter have their own take on the Argo Oscar winner tackling yet another superhero role after 2003's Daredevil and 2006's Hollywoodland.

As for Affleck, he has yet to tweet. But a Ben Affleck Batman parody Twitter account popped up and quickly amassed 12,000 followers. It's been sending messages worthy of a superhero: "I am proud to serve the people of Gotham. And the people are proud to have me."

Holy shit... BEN AFFLECK IS THE NEW BATMAN!!! http://t.co/acivqxFl0U Do you know what this means? It means that I've seen Batman naked!!!

WOW, @BenAffleck is gonna play Batman. I hope he fights the Joke-ah! #wickedpissah

You read for a part, you feel good about it, you feel confident, then they cast Ben Affleck.

Guess Im not a Batman person because my first reaction was, "Hasn't he been Batman before?" and my second was, "Who is he married to again?"

To every industry/fanboy site that didn't break the Affleck Batman news: Aren't you ashamed of yourselves! What do we pay you for?!

Really looking forward to seeing Affleck bring the depth and gravitas to Batman that he brought to Daredevil and Gigli.

Casting Ben Affleck as Batman sounds like something The Joker would do to create a distraction at the nerd bank.

Spend ten years working your way back into everyone's good graces. Win an Oscar. Then you get cast as Batman, and BAM! You're Gigli again.