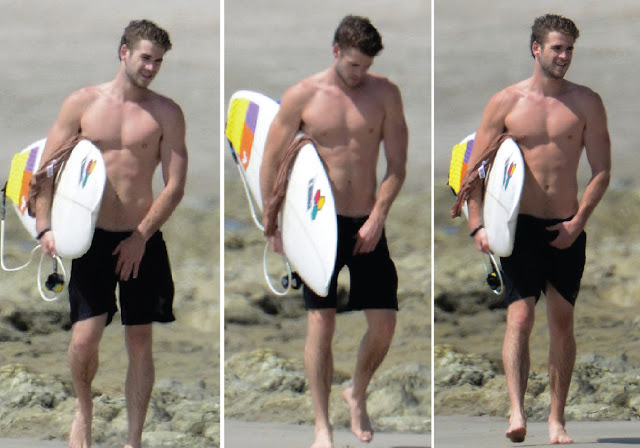 Liam Hemsworth has rubbished the idea of posting pics of himself without his top on Twitter, as the social networking site terrifies him.

Hemsworth vowed that he won’t be following the likes of Justin Bieber and One Direction, and won’t take any ‘shirtless selfies’ – much to the chagrin of millions of his devoted followers.

The Hunger Games star added that he doesn’t feel the need to share every aspect of his life online with strangers, preferring to keep his Twitter feed strictly professional.

‘I think it’s a good chance to connect with fans in a different way and give fans an inside look on films that you do’ Liam told E!News, ‘but it’s very new to me and scares the hell out of me. No shirtless selfies!’

The Aussie actor, who is engaged to singer Miley Cyrus, went on: ‘On Twitter I don’t share anything personal. I try to keep as much of my personal life to myself, and I don’t feel the need to go out and show the world what’s happening in my life every second.


How do you take your selfies ontd?