Who is the best character on ONTD's new fave show? 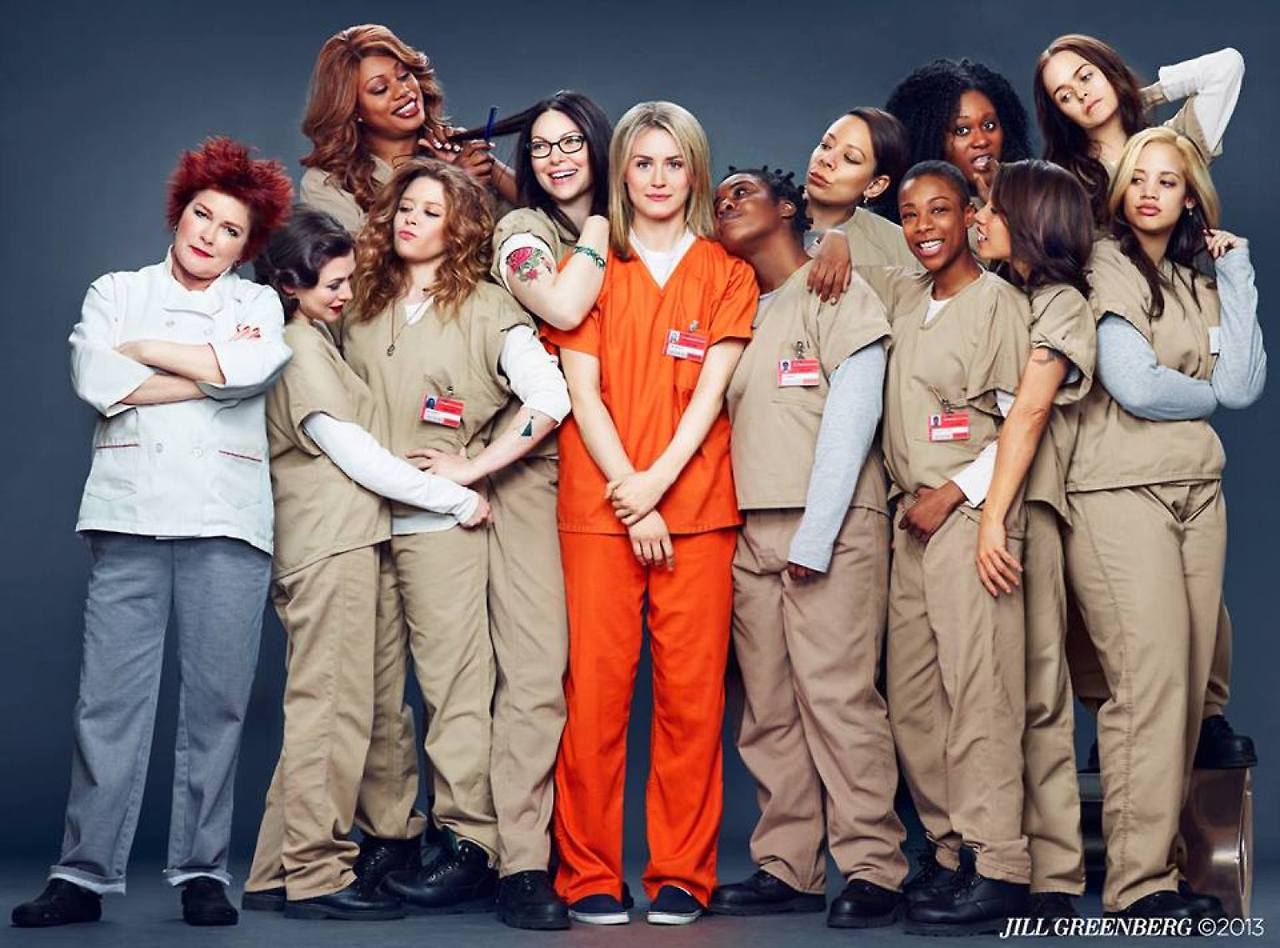 An Orange Is the New Black binge is the best kind of binge, in which the shame—“I watched six hours of it last night” —is merely faux shame. The Netflix prison drama is so good that you brag about how much of it you watched the night before. And here at The Daily Beast, we’ve all been feasting.

It’s rare for our diversified staff—with beats ranging from Amanda Bynes to the science of the female orgasm to Syria—to unite over a single pop-culture obsession, but that’s what’s happened with the addictive Orange Is the New Black. Morning meetings devolve into updates on how far people have gotten in the series, interrupted by stern warnings NOT to spoil a thing. More frequent are passionate debates over which of the show’s zany prison inmates is the best character.

Now, we’re taking the debate online. Here, members of our staff each makes a case for a favorite character from the show. (Because we’ve already devoted entire stories to the magnificence of Yoga Jones (Constance Shulman) and the heroic lead performance of Taylor Schilling as Piper Chapman, those characters were off limits.) Compare our picks against your favorites. 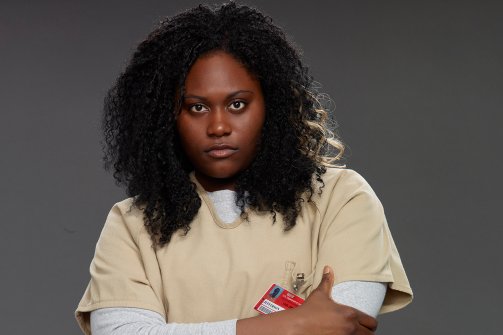 Taystee’s full of surprises. She’s tough when you’re in her way in the bathroom, fashion-conscious when the opportunity for a single blonde weave arises, competitive when it comes to politics, and a full-fledged emotional ball of mush when it means being away from her best friend. Taystee isn’t just the life of the dysfunctional party—her energy never fails to excite the rest of the inmates, in one way or another—but she’s a stickler for good grammar, too. Commenting on Tiffany “Pennsatucky” Doggett’s threatening “Your Gonna Die Amalekite” note to Piper: “See, they meant ‘you’re,’ apostrophe R-E. As in, you are gonna die.” You are right, Taystee, and this is why you win. 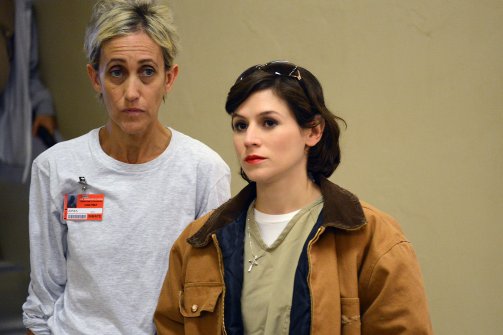 Lorna Morello is the first prisoner Piper meets when she arrives at Litchfield Prison—and she’s shockingly not so terrifying. Hell, she’s downright delightful, with her Rosie Perez, cute-tough Brooklyn accent contrasting with her perpetually sunny demeanor. But there’s also something endearingly unbroken about her, rare among the group of hardened prisoners. She dutifully plans her wedding while in jail—even while carrying on a lesbian affair—because she’s “gotta stay true to Christopher.” The thing she misses most from the outside world is mimosas (the moment I knew it was love). Her entire worldview, as Nichols teases her about, is based on West Side Story. So many of the Litchfield prisoners are relentless: relentless about getting out, relentless about getting revenge, relentless about merely surviving. So it’s refreshing every time Morello appears—a character who is relentlessly hopeful. 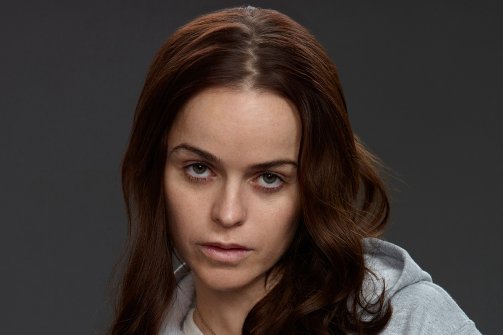 Is there anything scarier than a psycho with God on her side? Born-again meth head Tiffany “Pennsatucky” Doggett is just what Litchfield’s way-too-polite women’s prison needed to stir up a little trouble for our milquetoast heroine. Rotten as the teeth in her mouth, the scrappy hillbilly has the best lines in the show, e.g., “They lesbianing together!” And though this redneck is actually one of the show’s more complex characters, her most watchable scenes are the simple, creepy ones that remind us she isn’t some harmless Bible thumper. Pennsatucky’s dangerous—she shot an abortion nurse for “disrespect”—she’s paranoid, and she’s seriously got it in for Chapman. 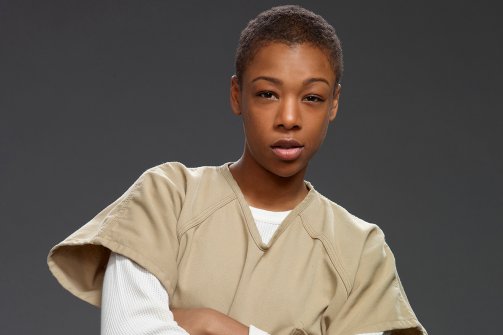 It takes a while for Poussey Washington to stand out among the inmates, and at the conclusion of Orange is the New Black’s first season, we still don’t know her backstory. What we do know is that her relationship with Taystee is the most lovingly tender one on the show, and the speech she gives her when she’s sent back to prison is heartbreaking. She has so many standout moments. She first asserts herself in Episode 6 (“WAC Pack”), when she rages on Taystee for taking over the TV and making everyone watch Planet Earth 24-7. “My name is POUSSEY!” she yells. “Accent à droite, bitch! It’s French! Poussey is a place in France where my daddy served and kings was born and shit! Fuck you named after? Some bullshit cakes with cream in the middle?” That same episode, we also see her rap-battle skills when she absolutely demolishes a white member of Tiffany Doggett’s redneck crew: “The word is ironic / Me, I’m deep like Atlantis
/ Rhyme some chronic shit than pray like a mantis / Matter fact I’m so done with your white trash ass / Just ‘cause you got little tits don’t mean you got class.” And just wait ‘til you get to the season finale. She’ll make your jaw drop at the prison’s Christmas pageant. 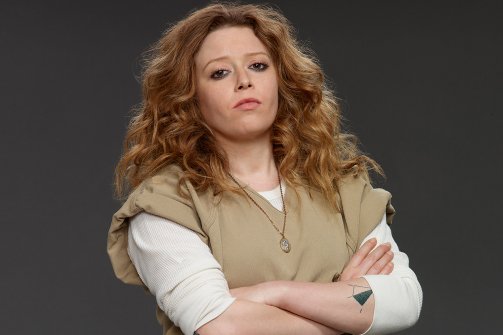 When we first meet “junkie philosopher” Nicky Nichols, she’s fresh off a stint in solitary confinement for telling a guard to kiss her ass. Red’s prison daughter is by far one of the quickest-witted inmates—“It’s just like the Hamptons, but it’s fucking horrible,” she says of solitary. But beyond the crazy hair and sharp tongue is (not unlike the brilliant Natasha Lyonne who embodies her) a deeply damaged recovering heroin addict who delivers sage advice along with her hilarious one-liners. Knowing well what Piper’s going through, Nichols is able to administer tough love to her roommate when she relapses, and puts Piper in her place when she complains about her mother’s visit. “Don’t say ungrateful crap like that,” she scolds, revealing that she hasn’t had a visitor in four months. “Your mother shows up, buys you pretzels. Poor you.” Of course some of Nichols’s best moments aren’t when she’s spitting sarcasm or wisdom but working her game on the prison ladies. Many of the characters dabble in “lesbianing,” but Ni!
chols is the only one to be seen not once, but twice, grinning from be
tween the legs of her fellow female inmates. 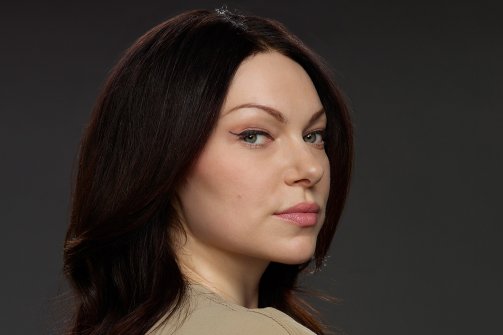 Alex Vause, or as Luschek (Matt Peters) refers to her, “the hot one,” is great to watch. Before the audience even sees her, she’s the villain. She’s the one who is responsible for Chapman’s illegal activities and even after they become friends, she’s still the one who named her in exchange for less jail time. What makes Alex wonderful is how the viewer’s perception of her changes throughout the show, from a villain to someone that deserves sympathy. Even without the shift in perception, Alex has a great sense of humor about the whole situation and is actually pretty caring and insightful when it comes to the other inmates. And yeah, she is also really hot. 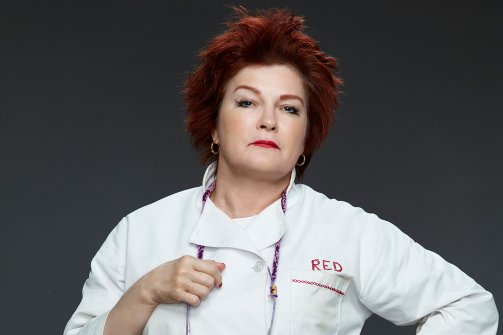 She had me at the used-tampon sandwich. Red is the impossibly cool (but probably murderous) Russian grandmother you wish you had. An unrecognizable Kate Mulgrew (the captain from Star Trek: Voyager) chews through every accented line while ruling the kitchen with a spatula. Red arguably has the show’s most-compelling story arc, as she gets on the bad side of the mustachioed Officer “Pornstache” Mendez. She’s the de facto mother of the other inmates. She’s a chef. She’s a raging bitch. You love her, but you still fear her “tit punch.” 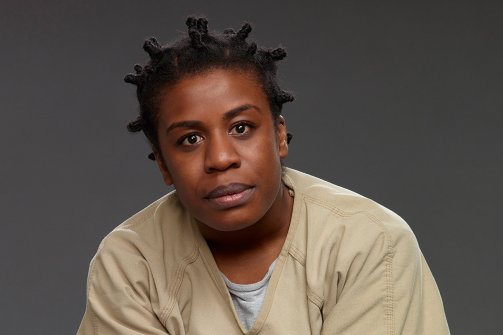 There’s nothing not to love about Crazy Eyes. She’s always smiling, she pees where she wants to, and she comes up with great nicknames for her fellow inmates. I mean, Dandelion? Come on. Plus, that hair. 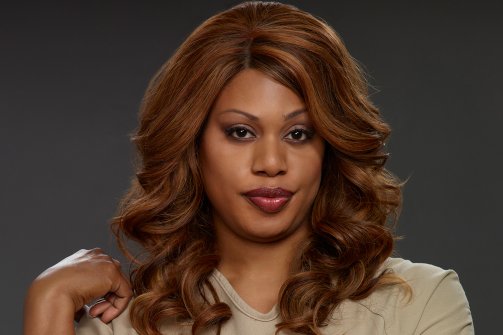 From the moment I met her, I was a diehard fan of Sophia Burset—the firefighter-turned-identity thief-turned-woman. In addition to running the jail’s hair salon, she’s one of the few nice ones in the prison, and her backstory (her wife stays with her through the sex change) is especially poignant. The actress who plays her, Laverne Cox, is a transgender activist in real life—and, in case you were wondering how they filmed that incredible makeup scene at the beginning: her real-life twin brother, M. Lamar, plays her pre-operation counterpart. 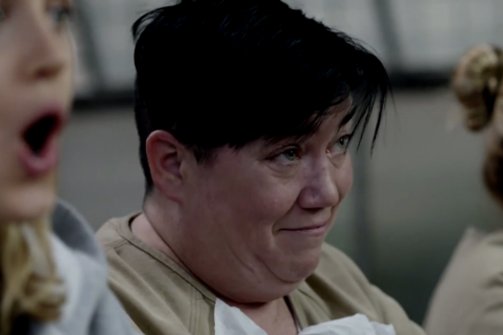 I grew up near the hippie lesbian town where the real Piper Kerman graduated from Smith and made bad choices about girlfriends and luggage. So the lesbians I knew as a kid were less horny-Morello-in-the-chapel and more activist-playwright-soccer-loving-math-teacher-pot-smoking-Quaker. They looked like normal people, and so does Carrie “Big Boo” Black. One of the best things about this show is its casting of non-traditional TV actresses (older, trans, black, big, Latina) in extended story lines. (The writers winked at this when Taystee wanted a hairdo inspired by the black best friend in a rom com.) Big Boo is also one of the few characters who seems to “get” prison. She has a soft spot for a hot, disloyal girl, but she’s not screwing a guard or crying, and she does what it takes to get through, whether that’s using her armpits as corn heaters or… working with screwdrivers.