Argo proved an October launch can win awards and box office, but with studios still reeling from big summer bombs, at least 10 adult dramas are set to roll out over six weeks. 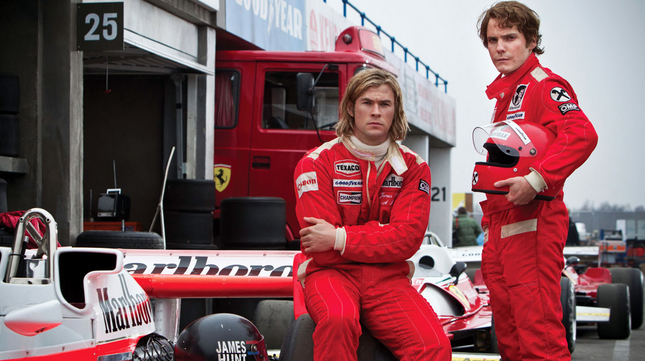 And you thought summer was bad. As Hollywood reels from a wave of big-budget tentpole flameouts, insiders are beginning to fret about the unprecedented number of adult dramas set to hit theaters in September and October. Some are predicting more box-office carnage.

Blame Argo: Last year's hit hostage drama debuted Oct. 12 and played in theaters for six months on its way to a best picture Oscar and $232.3 million in worldwide grosses for Warner Bros. In recent years, studios and indie companies have opened most of their awards contenders between Thanksgiving and Christmas to keep films fresh in the minds of voters. But Argo has led to a shift in thinking. "Everybody is trying to get in early and first because of Argo," says Erik Lomis, head of distribution at The Weinstein Co., which mostly is opting to avoid the September/October crush.

The lineup of early fall movies is dizzying in terms of talent in proximity to one another. Within six weeks, studios will open Ron Howard's Formula One period pic Rush; the space thriller Gravity, starring Sandra Bullock and George Clooney; Ben Affleck and Justin Timberlake's thriller Runner Runner; the Somali pirate drama Captain Phillips, starring Tom Hanks and directed by Paul Greengrass; Bill Condon's WikiLeaks biopic The Fifth Estate; J.C. Chandor and Robert Redford's All Is Lost; Steve McQueen's 12 Years a Slave, starring Brad Pitt and Michael Fassbender; and Ridley Scott's The Counselor, starring Fassbender and Pitt opposite Cameron Diaz, Javier Bardem and Penelope Cruz. (Yes, Pitt and Fassbender have two movies opening within a week of each other.) "This is a play to get early visibility and become a touchstone. But this year is going to be brutal," says one concerned film executive.

These titles won't have to face the major holiday tentpoles, but they will compete with the usual autumn class of genre movies, including Insidious: Chapter 2 (Sept. 13), Machete Kills (Oct. 4) and Carrie (Oct. 18). Falling in between is the action thriller Prisoners, starring Hugh Jackman and Jake Gyllenhaal(Sept. 20).

Argo certainly wasn't the first adult prestige pic to launch in early fall. Other recent examples include Affleck's The Town, which debuted in September 2010, and two high-profile Sony films, The Social Network and Moneyball, which opened in October 2010 and September 2011, respectively. Social Network and Moneyball were nominated for best picture, but both lost to movies released in November and December. Recent films that have gone out early and struggled even more to maintain momentum include Drive, The Ides of March and The Master. But Argo proved a well-funded campaign can maintain awards buzz (and box office) from the Toronto International Film Festival in early September through February, hence others following suit.

On Oct. 4, Warner Bros.' Gravity and Fox's Runner Runner roll out (Fox actually pushed the film back by a week to avoid Rush). Sony will open Hanks' Captain Phillips nationwide the following Friday, while Fifth Estate opens in New York and L.A. before expanding nationwide Oct. 18 -- the same day Roadside's All Is Lost and Searchlight's 12 Years a Slave begin battling.

Compare that with October 2012, when Argo had little competition. Cloud Atlas and The Paperboy were busts, and The Sessions never crossed over from art houses.

Rush arguably has a key advantage being first.

"We love our date for this kind of film," says Universal president of distribution Nikki Rocco. "I'm always worried about there being too many movies, and that's why we are out in September. And it gives us a two-week berth before Captain Phillips."

The danger, of course, is consumer fatigue, which has plagued the 2013 summer box office. A record number of big-budget tentpoles have been released, most of them vying for the same male audience. Some, including The Lone Ranger, After Earth, Pacific Rim and White House Down, will result in hundreds of millions of dollars in losses for Hollywood studios. The fear now is that the crush of fall adult films could result in more casualties.

Laments a veteran distributor, "It's really competitive in a way that no one has ever seen."