The Cost of Becoming a Superhero 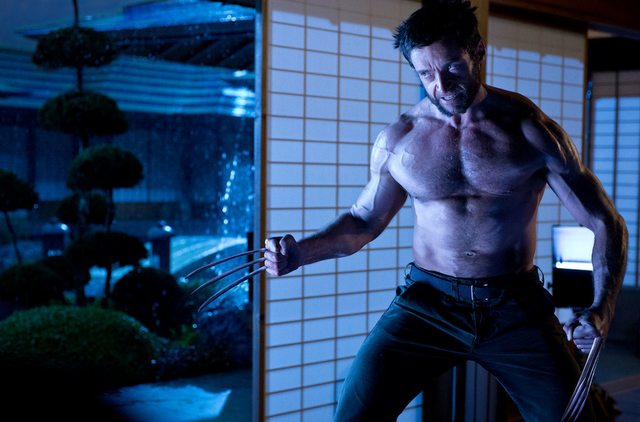 In the opening moments of The Wolverine, a shirtless Hugh Jackman as the title mutant hero saves the life of a Japanese solider just as the A-bomb is dropped over Nagasaki. Thick veins pop on Jackman’s massive arms and shoulders as he holds down the metal shield protecting the solider underneath and his body withstands the terrible heat of the nuclear blast. When the solider finally emerges, he stands in horrified awe as the Wolverine’s super-crispy body slowly heals itself back into its perfect, imposing shape. You can almost see him thinking, “My god, who is this man? And how did he get such enormous shoulders?”

For decades, superheroes lived almost exclusively on the page, their bodies limited only by the imaginations of the artists drawing them. Today, however, a small stable of actors are working mightily to mold their bodies to live up to their respective characters’ superhero physiques. In turn, many fans have obsessively dissected those actors’ grueling workout routines and absurd 5,000-calorie-or-more diets with a breathlessness rarely devoted to their actual performances on screen. We gape in awe not only at the fictional feats of Superman, Batman, and the Wolverine, but at the seemingly superhuman efforts to physically become those characters in the first place.

But rarely do we ask: at what cost?

As pedantic as it may seem to say, these actors aren’t superheroes. “When actors come to me,” says Los Angeles personal trainer Mark Wildman, “most are essentially theater nerds. They’re not athletes.” Wildman specializes in preparing actors so they can just begin the punishing week-long training regimens they may have to undergo if they’re cast in physically demanding role. Because should an actor land the part of a muscular stud with ripped abs, sinewy tree-trunk legs, and arms the size of a small child, the process of getting that body is fraught with real risks to both that actor’s short term and long term health.

The biggest risk is the weight gain itself, especially for an actor who hasn’t been regularly training prior to landing the role. Take Chris Pratt. In 2011, when the Parks and Recreation star landed a role in Kathryn Bigelow’s Zero Dark Thirty as a member of Seal Team Six (arguably as close to actual superheroes as our puny real world has), he had roughly five to six month to get his schlubby body looking like it belonged to an elite Navy soldier. He did it, but as Pratt later told Conan O’Brien, after Zero Dark Thirty wrapped midway through 2012, he immediately gained 60 pounds to play a fat loser in another feature film. Just a few months later, Pratt landed the lead role in Marvel Studios’ Guardians of the Galaxy — and had to lose the weight all over again to become even more ripped than he was the first time. And then there’s the Dark Knight himself, Christian Bale, who has veered from buff to gaunt to beefy to gangly, again and again, for over a decade. 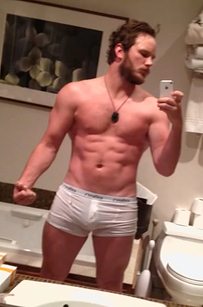 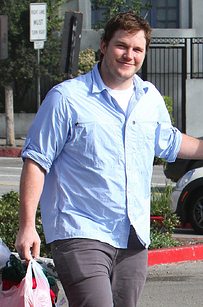 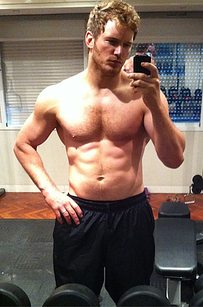 As impressive as Pratt and Bale’s dedication to their roles may be, swinging from one extreme to another and then back again is simply “awful for you,” says Wildman. “It doesn’t matter who you are; that’s a terrible plan. Your heart is a muscle, and you’re literally going from putting it under half as much load to twice as much load in the shortest period possible.” Rapid changes in weight, fat, and muscle also put tremendous pressure on other organs like the liver and kidneys. “Eventually, you just crap out the system of the body.” A more cosmetic concern: Zipping from fat to ripped to fat to ripped can wreak major havoc on the skin. “There’s an elastic limit to skin,” says Wildman. “You can only make it expand and contract so many times before it doesn’t like you any more. Eventually, the collagen fiber matrix within the skin will not snap back.” (A rep for Pratt declined to comment for this story, and a rep for Bale did not respond to requests for comment.)

The high-calorie diets actors take on to achieve their physiques can also be problematic. For one, there’s just the misery of having to eat every two-to-three hours to keep the body’s metabolism high and prevent the body from eating itself during the months of twice-a-day workouts. (Though the fetish for boiled, flavorless chicken breasts is a bit odd to Wildman; while cutting salt makes sense to prevent water retention, he says, “I don’t see why sage or rosemary would bother you.”)

For another, consuming all those heaping portions of protein — and nutritional supplements like branched-chain amino acids, thought to promote muscle growth — can be tricky for anyone with less-than-stellar kidneys. “The main health issue is going to be the amount of nitrogen that all these amino acids and proteins bring into the body,” says Thomas Sherman, an associate professor at Georgetown University who specializes in issues of nutrition and food, and the control of body weight, exercise, appetite, and stress. “We eliminate in the form of uric acid in our urine. It’s our main way of getting rid of what are otherwise toxic compounds. As long as your kidneys are healthy, then it’s actually not a big deal. When you start getting to be older or when you have some kind of other issues associated with your kidneys, you can run into a real risk of damaging your kidneys or renal failure.”

Then there’s the training itself, which can lead to injury, especially if an actor is pushing himself too hard for too long. “The problem is if they overtrain, which most people end up doing because of the time schedules required for a performance like that, then they start to run into burn out,” says Wildman. “The body starts to be subjected to stress, hormonal fluctuations, adrenal fatigue, trouble sleeping.” Wildman stresses that a qualified trainer will normally demand a client get a proper amount of rest in order to keep the body from overtaxing itself. But for actors on a tight deadline, that option may not be completely available. “The body is supposed to work on a cycle of intense periods of work followed by periods of rest,” he says. “And when you completely abandon that natural cycle of movement, you start pushing the body beyond what a million years of evolution has really designed it to do.” 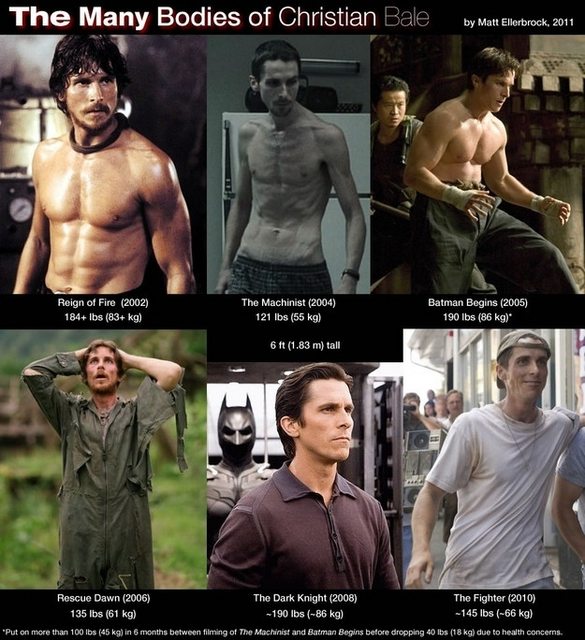 When asked about whether an actor could turn to steroids or testosterone injections to achieve a superhero body, Wildman says while he’s never worked with someone who has, it is possible, especially for quick and drastic transformations. Another Los Angeles trainer — who wished to remain anonymous since he also works as an actor — tells BuzzFeed that he knows “a fair number of people who’ve gone on and off cycles [of steroids] to look a certain way for a certain time.” He also maintains that steroids “can be very safe to use” if done only in a small, month-long cycles. Thomas Sherman also backs up that claim — to a point. “It’s probably not the worst thing they could do to take it for a month or so,” he says. “But honestly, there isn’t that much data on just short term use.”

Regardless of how actors achieve their superhero bodies, once the movie is over and they move on to projects that don’t require their biceps to be as big as a human head, the psychological toll can linger for much longer than their buffed-out bodies. “If you’re an actor, and you go through dramatic changes in body to accommodate these roles, you’re probably going to forget what your body image is,” says Sherman. “So you think of your body as you do a prop, that isn’t just your normal self. And you would be at risk, I would think, of some sort of disordered eating — whether it would be too little or too much.”

You may be thinking at this point: So what? These actors are paid obscene amounts of money to undergo these transformations, they all look amazing, and they all certainly walk into it willingly. But what about the regular moviegoers who soak in these mythical physiques and want to try to achieve the same thing — but without the trainers to monitor their workouts, physical therapists to tend to their injuries, nutritionists to plan out healthy meals, cooks to make those meals, and the hundreds of hours of free time needed each month to train?

“With a movie, what they value most is the thing that is most likely to hurt you,” says Wildman. “Anything that’s focused primarily on how you look or how you perform is not focused on your health.” It’s one thing when we idolize a superhero’s impossible body that exists merely as lines on a page. But when that impossible body is suddenly flesh and blood, it’s probably wise to remember just how exceedingly difficult it is to achieve — and the price that comes with it.

I figured this would be a good article to post, especially given the fact that in the original posts of Chris Pratt's newest body pic, some people were acting shocked that this kind of yo-yo dieting can be a major health risk.