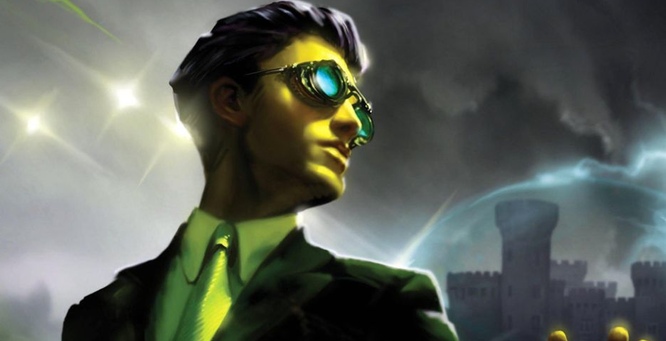 Disney announced this afternoon that they have teamed up with producer Harvey Weinstein to develop a book-to-film adaptation of Eoin Colfer’s Artemis Fowl.

The movie will be based on the first two books in the Artemis Fowl series. The second one is titled The Arctic Incident.

Harry Potter and the Order of the Phoenix screenwriter Michael Goldenberg will handle the script for the live-action film, while actor Robert DeNiro and Jane Rosenthal will producer alongside Weinstein.

“Harvey is one of the preeminent producers in the industry, with impeccable taste and creative instincts,” added Alan Horn, Chairman, The Walt Disney Studios. “I had a wonderful time working with Harvey during my tenure at Warner Bros., and I’m very happy to continue that relationship here at Disney.”

“If you would have told me five years ago I would be producing a project with Disney I would have thought you were crazy,” said Harvey Weinstein, Co-Chairman of The Weinstein Company. “I feel as though everything is coming full circle considering Bob DeNiro and Jane Rosenthal brought me this book while I was still at Miramax and within hours I told them I wanted the rights to the film. I am thrilled to be reunited with Alan Horn who I worked with while he was at Warner Bros. and we had tremendous success with The Aviator, Starsky and Hutch and Teenage Mutant Ninja Turtles. It is also exciting to partner with friends Alan Bergman, Sean Bailey and of course Bob Iger who has been incredibly generous to me over the years. This is a special project for me because my children absolutely love this book. This story is for everyone and there is no one better than Disney to make a film that will excite people young and old.”

Artemis Fowl is an eight-part series with more than 21 million copies in print. A release date for the film has not been set.

According to Disney’s press release, the book series “is about a 12-year-old Artemis who is a millionaire, a genius – and above all, a criminal mastermind. But Artemis doesn’t know what he’s taken on when he kidnaps a fairy (Captain Holly Short of the LEPrecon Unit) to harness her magic to save his family. These aren’t the fairies of the bedtime stories – they’re dangerous.”

Obviously, Disney has high hopes for a potential new franchise in Artemis Fowl. It’s worth noting that Harvey Weinstein and Disney famously parted ways after the Weinstein brothers left Disney-owned Miramax in 2005. Weinstein attempted to buy back Miramax in 2010 but was unsuccessful.