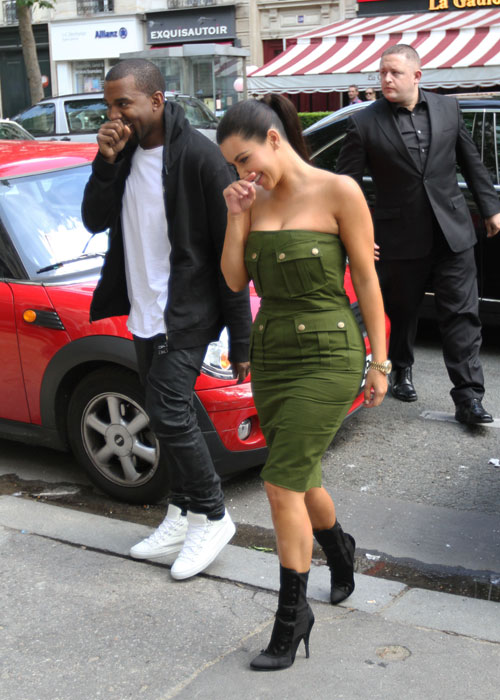 It turns out the name "North" was one that Kim Kardashian and Kanye West had been mulling over for a while before bestowing it on their daughter -- but one of the reasons they decided on the name is pretty out there.
In a klip from an upcoming episode of "Keeping Up With the Kardashians," the family kan be heard throwing around potential baby names while on a vacation in Greece earlier this year. When the name North komes up, it's a name the family all say they like.

Kim then revealed that she and Kanye "kind of" want to give their khild a K name since both of their names start with K, but she's worried that it will draw komparisons to the white supremacist group the Ku Klux Klan:

Brody Jenner -- the voice of reason. Who knew?

Are we really supposed to believe that Kim was koncerned that the media was going to refer to her family as the KKK? Then again someone in their own kamp once referred to the reality star and her sisters as the Kardashian Klan, so you never know.

SOURCE
surely ppl would call the power of three (Kim, Khloe & Kourtney) KKK tho but w.e