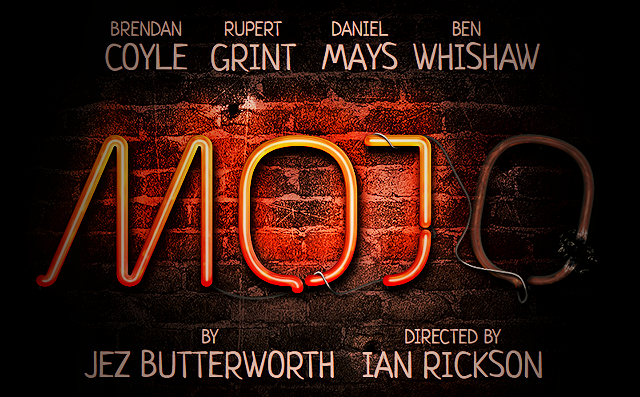 This is the first major revival of the play which dazzled London when it opened at the Royal Court, prior to a sell-out West End run in 1996.

Mojo, winner of the Olivier award for Best New Comedy, reunites two of British theatre’s great collaborators; writer Jez Butterworth and director Ian Rickson who, as well as the original production of Mojo, gave us the multi award-winning, hit sensation Jerusalem and the critically acclaimed The River. Ian Rickson is also fresh from other successes including Old Times and Betrayal.

Set against the fledgling rock ‘n’ roll scene of 50s Soho, this savagely funny play delves into the sleazy underworld and power games of London’s most infamous district.

Featuring a strong ensemble cast including Brendan Coyle (Downton Abbey, The Weir), Rupert Grint (Harry Potter, Driving Lessons), Daniel Mays (Made in Dagenham, Mrs Biggs, The Winterling) and Ben Whishaw (Skyfall, The Hour, Peter and Alice), sign up now to receive Priority Booking information for what promises to be an extraordinary new production of this modern classic.

Official site
Daily Mail (which tells who plays who)