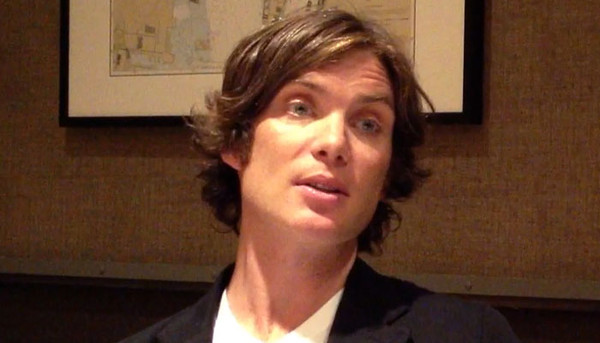 “Broken” is the story of Skunk [Laurence], a young girl who lives in North London with her father [Roth] and brother. Much like “The Hunt,” starring Mads Mikkelsen [TV’s Hannibal], a young girl’s lie ruins someone’s life. Skunk’s innocence is lost when she witnesses the ugliest truths about people.

Cillian Murphy’s character, Mike, has a dynamic relationship with Skunk—first as her nanny's boyfriend and then as her teacher.

Today, Examiner Dorri Olds had the pleasure of a one-on-one interview with Cillian Murphy.

What attracted you to the movie “Broken”?

I had worked with the writer on two films before and I’d seen the director’s work on stage. I also loved that my character was friends with the young girl without it being weird. That is thanks to the great writing and directing. This is a universal film about innocence lost and family.

What did you think of Mike’s fear of commitment?

Nowadays, both economically and socially, people are much more wary of commitment. I like my character because he is a good man. I had a back-story for him of thwarted ambitions. He’d written his own novel but kept it hidden in a drawer. Journalists, teachers and actors often have the desire to write and publish a book. My parents are teachers. I’m from a long line of teachers. I appreciate that vocation so it was nice to play that. If you have one good teacher in your life it can set you on a great path. I had one teacher who really pushed me into focus on what I wanted to do and what my interests were. You find that among creative people there is often one special teacher.

How did you feel about working with Eloise Laurence?

I thought she was wonderful. She is an actress who is able to just be. That’s what you want ultimately, to just be in the scene and let the situation envelop you. It was great to watch her and see her grow into that role. It’s her film. The film succeeds or fails on her shoulders and it couldn’t have succeeded without Eloise.

How was it working with Tim Roth?

He and I got on fabulously and have remained friends. He gave a genuine, authentic, quiet performance that shows his range. Even before I wanted to be an actor he was a hero of mine. I’ve always admired his choices.

Did some of the more gut-wrenching scenes stay with you after filming?

I have two kids and I think this film effects you so much more if you’re a father or mother because it’s about the corrosion of innocence. Of course it's inevitable for that to happen to all of us but as a parent you attempt to preserve that innocence even though you know it is a futile battle.

How many scripts do you read in a week?

That depends on the week. You never really know. I have good weeks and bad weeks.

Have your acting experiences lived up to what you’d hoped for when you set out to be an actor?

I suppose so. I didn’t really have a plan. I wanted to be a musician but it just ended up like this. I feel lucky. I went to see a play in Cork when I was 18. It was a classic, “Chocolate Orange,” based on the book. It made a big impact on me and was an epiphany. It was the power of live theater that affected me and made me pursue that avenue.

Do you still play music?

Yeah, but just for fun. I play ukulele.

Do you ever get nervous or insecure when starting a new film project?

Sure, yeah, it’s essential to what you do as a performer. Acting is about this weird alchemy of self-confidence and deep insecurity.

Have you experienced any of the down sides to fame?

I’ve been pretty lucky. I’m not an actor who can complain about any of that. It’s never been intrusive or a problem, but I prefer to talk about the work.

What other projects are you working on now?

I just wrapped Wally Pfister's, “Transcendence” and I’m starting a movie with Ron Howard called, “In the Heart of the Sea.” I also did a British TV show coming out soon called, “Peaky Blinders.”

Is there anything else you’d like to add that I haven’t asked?

flop questions tbh, but at least there's some new info