'Girl Most Likely' succeeds only in missing the mark 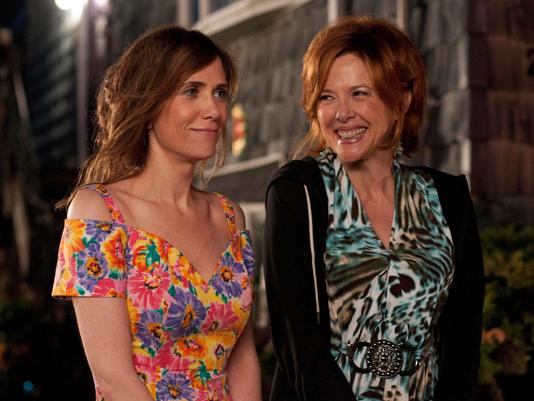 Girl Most Likely (*½ out of four; rated PG-13, opening Friday nationwide) is a failure from start to finish.

Efforts at humor fall more than flat — they're tone deaf. The film features a cast of unpleasant wacky caricatures rather than remotely credible humans, led by Kristen Wiig in a variation of her luckless character in Bridesmaids, without a smidgen of that role's relatability. But where Wiig made indignities comical in that 2011 film, here they mostly feel beneath her.

The story is dull, hollow and almost painful to sit through.

Wiig plays Imogene, a failed New York City playwright whose life is one long setback. Imogene's boyfriend dumps her and shortly thereafter she's fired from her job. She squandered a playwriting grant and produced nothing. Her best friend is a self-absorbed fool. She stages a faux suicide attempt intended to gain sympathy and win back her beau. It's no wonder she's not happy, but seeing her in a variety of awkwardly directed crying poses does nothing to make the audience sympathize with her.

She's a manipulative whiner, but beyond that, we don't know much about Imogene. Ashamed of her New Jersey roots and still bitter about having to share birthday parties with her brother as a child, she seems stridently superficial. An opening scene in which she's playing the role of The Wizard of Oz's Dorothy as a child is meant to establish her as precocious. Mostly it just paints her as obnoxious from early on.

Wiig's comic timing and nimble way with offbeat characters, which worked so well onSaturday Night Live, is glaringly absent in this sophomoric, clunky and aimless tale of an embittered woman, her oddball family and sundry other unpleasant, unconvincing characters.

After her aborted suicide attempt, Imogene is forced to move back to her childhood home with her gambling-addicted mother Zelda (Annette Bening) and stunted adult brother Ralph (Christopher Fitzgerald), who fashions a giant, bulletproof crab shell for protection from the world. The symbolism couldn't be more clumsily overt. Her mom is shacking up with a pushy doofus named George Bousche (Matt Dillon), who waxes on about being a time-traveling samurai.

The only character who comes off halfway decently is Lee (Darren Criss), a Yale graduate and Backstreet Boys impersonator who is inexplicably renting a room in Zelda's tacky Ocean City home and even more inexplicably is drawn to the disdainful Imogene.

The estimable Bening gets points for committing thoroughly to the role. But why an actress of her caliber would choose to take part in this humorless mess is mystifying. The script by Michelle Morgan couldn't possibly have seemed any better on the page. And directors Robert Pulcini and Shari Springer Berman alternate between extreme sitcom-style scenarios and shallow pathos.

Imogene sinks consistently lower after moving in with her mom. She spends a night in jail, dances suggestively while plastered and debases herself by begging her snooty friend to take her in.

Hers is a forced journey of self-discovery. Mostly, the undertaking feels strained, emotionally false and desperately unfunny.

Like an extended, ill-conceived SNL sketch, Girl Most Likely induces cringes rather than chuckles.


Review: 'Struck by Lightning' is a flat coming-of-age tale 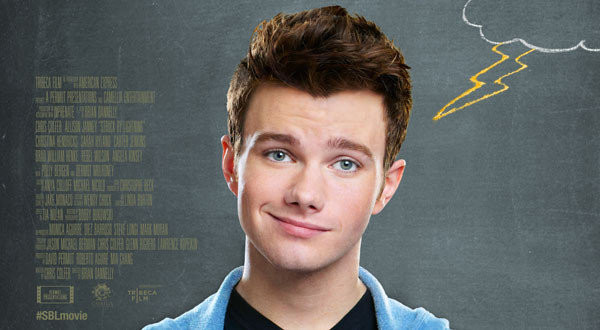 The teenage coming-of-age story gets an ever-so-slight tweak in "Struck by Lightning," written by and starring "Glee" performer Chris Colfer, whose character is, in fact, struck dead by lightning in the film's opening moments.

Nevertheless he narrates the tale, looking back on his life up to that moment. Turns out Colfer's Carson was a perennial outsider for his literary ambitions and desire to break free of the small town social hierarchy of his high school.

Genial and heartfelt but essentially toothless(LOL), lacking in either snark or spark, "Lightning" is directed by Brian Dannelly, who previously made the 2004 high school religious satire "Saved" before moving into television work, which seems to have leveled out his style into a flat competence.

The film is peppered with a deep cast of actors, including Christina Hendricks, Allison Janney, Dermot Mulroney and Rebel Wilson alongside faces familiar from assorted sitcoms such as "Modern Family," "Weeds" and "The Office," who all try to make the most of thin material.

It is tempting to refer somehow to the series of "It Gets Better" videos meant to show kids that life goes on after high school, except that Carson winds up dead and only from the unspecified hereafter realizes things weren't as bad as he might have thought.

If only "Struck by Lightning" had a sharper, stronger perspective, it might have made more of its conceit.

I never saw Chris Colfer's autobiography aka Shitfest by Lightning and now I have no interest in seeing Darren's shiteous Girl Most Likely. I won't bother reviewing New Year's Eve because we all know that fuckery was a mess.