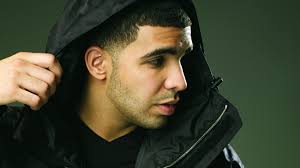 The following post contains language of an adult nature that some may consider offensive.

People have the right to say whatever they want. As the public, we have a right to express concern.

It is with that thought in mind that I would like to address the lyrics of "Jodeci Freestyle," a song that by Drake ft. Dennis Graham and J. Cole that was released in late June of this year. In the third verse of the song, J. Cole rips into other rappers by stating:

To be fair, those aren't the only offensive lyrics in the verse. He refers to women as hoes, sluts, bitches and freaks, throws the N word around with the "ah" at the end and makes a tasteless comparison with the Columbine killers.

This isn't J. Cole's first controversy with offensive and insensitive language either. Earlier in June, he released the song "Villuminati," in which he took an apparent attempt at humor in trying to discuss homophobia in the rap community by saying:

My verbal AK slay faggots
And I don't mean no disrespect whenever I say faggot, okay faggot
Don't be so sensitive
If you want to get fucked in the ass
That's between you and whoever else's dick it is
Pause, maybe that line was too far
Just a little joke to show how homophobic you are

He also breaks out the R word in "Villuminati":

I would like to take a moment and ask both Drake and J. Cole to please consider the gravity of the words they are using in their art. I understand that it is a difficult line to walk. The desire to seem "real" and to use the vernacular of your audience is a natural one. It can create a bond with the fan base and that equates to financial success. But what do you do when words and sayings within the community are insensitive and offensive to those on the outside looking in?

I think that performers can stay true to their roots while being sensitive to diversity and disability. You don't need to spew misogynistic lyrics, fuel homophobia in the urban community or use a serious condition that affects 1 in 88 children as an insult or a punch line. Instead, why not use your gift, charisma and popularity to educate and to bring a serious situation to light?

Perhaps Drake and J. Cole are not aware that autism is diagnosed in the minority community at a much later age than the Caucasian community? The average age of diagnosis for autism spectrum disorders is 4.5 years. Yet in minority families, that number jumps to an average of 6 years of age for an ASD diagnosis. If you are on Medicaid, the average age of diagnosis is 5.4 years of age.

Maybe they are not aware that early intervention is the key to helping many of these kids reach their full potential. So while a year or year and a half may not sound like a lot of time, I guarantee you that it is an INCREDIBLE amount of time when talking about autism spectrum disorders and the impact of early intervention therapy.

I wonder if either artist considers that the demeaning nature of their words towards people that are differently abled may contribute to the problem. If you are a young African-American mother accustomed to hearing autism being used as the butt of jokes and the source of insults, would you be quick to seek an autism diagnosis? Maybe that is why, according to Merva Jackson, executive director of the nonprofit African Caribbean American Parents of Children with Disabilities, feels that autistic African-American children are often misdiagnosed with having disorders involving defiant, oppositional or behavioral problems. Her concerns are backed in a study by David Mandell that showed African-American children were 2.6 times less likely than Caucasian children to receive an autism diagnosis on their first specialty visit.

At the same time that Drake and J. Cole were releasing their song, Autism Speaks was announcing their partnership with the National Black Church Initiative to try and reduce the age of diagnosis in the African-American community. The collaboration will be piloted in 150 churches in the greater Atlanta area as part of the Autism Speaks Early Access to Care initiative.

So Drake and J. Cole, if you are reading this I would like to challenge you to help make a difference in a community that so sorely needs the help. Commit to educate and not derogate. Ultimately, you are free to say/rap/sing whatever you want. I am just asking that you please stop insulting those who often cannot defend themselves. If you were to meet my daughter, I guarantee you that your heart would melt. I can also promise you that you would walk away with lots of words to describe her and that "retarded" or "retard" would not be one of them. You might even be hesitant to use autism as a punch line in a rap verse as well.

OP of this post doesn't listen to much rap or hip hop, and the author of the original works for Autism $peaks-but I think rap gets too much shit for being offensive compared to other music genres. Pop, country, rock can and have been just as gross. The artists mentioned do need to be aware of how what they write impact . And I do think problems such as racism and mental illness being seen as a white thing are involved too.
Tags: music / musician (rap and hip-hop)
Subscribe
Previous
← Ctrl ← Alt
Next
Ctrl → Alt →
Previous
← Ctrl ← Alt
Next
Ctrl → Alt →