New Doctor Who to be revealed at Albert Hall tonight 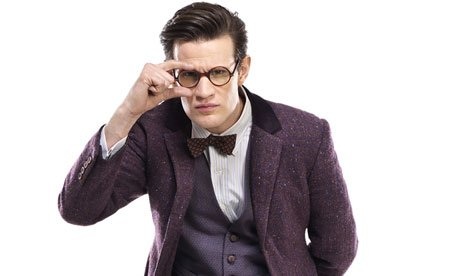 The fantasy and science fiction author Stephen Hunt is reporting that at last night’s rehearsals for the Doctor Who-themed proms at the Albert Hall, the staff gathered there were briefed on a section of the proms where the identity of the new Doctor will either be revealed, or they will actually walk out live on stage tonight (that’s the first night of the Dr Who proms on Saturday 13th July).
Stephen has said to SFcrowsnest.org.uk that he won’t scoop us on who he was told the new Doctor is (or at least, who the Albert Hall staff were told it is, which might not be the same thing), as he doesn’t want to ruin the surprise for a capacity audience of mainly families at tonight’s concert in London. Ah, the old spoil-sport. Come on. Stephen, we’ll buy you a cider at the pub.
The first of the special concerts will be broadcast live on BBC Radio 3, so tune in for all that Dr Who goodness. It starts Saturday 13th July 2013 at 7.30pm and is due to finish at approximately 9.45pm. If that’s a little late for you, BBC iPlayer users can catch the concert online for seven days afterwards.