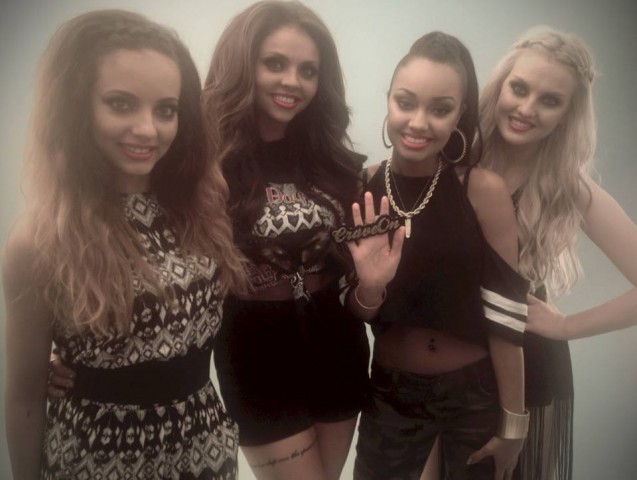 First of all, congratulations on all of your success in America! How does it feel?
Jesy: Amazing! We never expected it. We went over there with no expectations, we just wanted to work our hardest, see what happens and [the album] went to number 4! We were like, oh my ruddy god!

Other British groups like The Wanted and The Saturdays have filmed their own TV series whilst in the US. Is a Little Mix TV series in the works?
Jesy: That would be fun! We’re actually focusing on our film to be honest. We’ve got our tour over there soon too so that’s going to be really amazing!

That does sound amazing! How are you finding fame?
Jesy: It’s just like, mental! None of us can believe it. I don’t feel like a pop star. People go “you’re a pop star!” I’m like, really?!

What keeps you grounded?
Jesy: Obviously I’ve got my 3 beautiful girls with me, but I think just surround yourself with positive people

Positive people such as Eddie from the Loveable Rogues? *wink*
Jesy: No! *laughs* I cleared that up on twitter! He was holding my hand because I was just a bit tipsy. I would like to state that I’m single and Eddie’s just a friend. 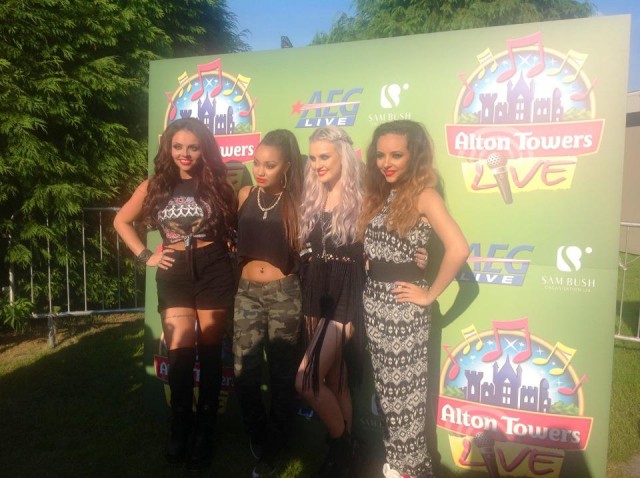 Does that mean that you’re open to offers then?
Leigh Ann: She’s single and ready to mingle!
Jesy: Do you know someone?

A little birdy tells us that Jay from The Wanted may have a soft spot for Jesy…
Leigh Ann: Send him her way!
Jesy: Jay is cute!

Perie it’s coming up to your Birthday! What are you going to do to celebrate?
*Groan* I don’t like Birthdays! I don’t want to do anything!

Will you get to spend it with your boyfriend [One Direction star Zayn Malik]?
Perie: I’m not going to see him on my Birthday unfortunately, but I know that he has got me a present!

He recently got a tattoo drawing of you on his arm. What did you think of it?
Perrie: Obviously I’ve seen it and think it’s amazing, yeah, it’s a massive compliment really for him to do it: it’s flattering that my boyfriend wants to do that.

Would you consider getting a tattoo yourself to return the gesture?
Perrie: I do want tattoos, but I’m looking into it to see what I want first because I change my mind too much about tattoos. I’d get something on us and then I’d change my mind and be like aw, I wish I didn’t get that writing there so I’ll make sure i’m sure first.

So ladies, we’re at a theme park today – Alton Towers! Have you gotten to go on any of the rides?
Jade: No! I’m too afraid!
Jesy: Yes, I’ve been on The Smiler, it was amazing! 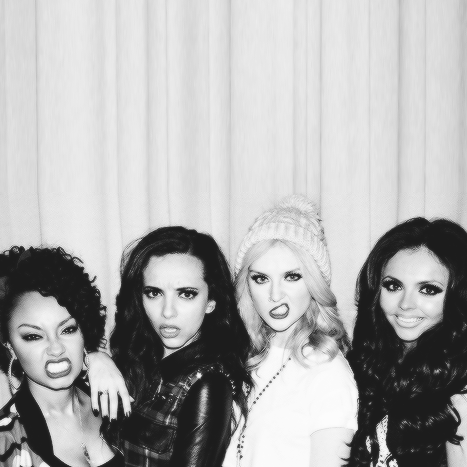 Little Mix have reportedly earned over £1 million since their win on The X Factor UK in 2011.

The 'Wings' singers are said to have made £1.2 million as of the end of the financial year in December 2012, with that figure not even taking into account income from their recent UK tour and album royalties.

According to a new report Little Mix have even set up their own company Eternal Dance Media to look after their growing earnings, from merchandise, record sales, tours and appearances.

"The girls have barely had any time off since they won The X Factor,' a source told The Sun this week. "They got straight into the studio, then their tour, then were thrown into trying to crack America.

"They're now starting to see some proper records for all of the hard graft," they explained. "For a long the they were only on a very small amount of money, because it always takes a while for song royalties to come through.

"But now it's started to come in thick and fast," the source added. "Given the girls have almost now expenses, they are always working, they get most of their clothes free and things such as bottle service in nightclubs are gratis, a lot of the income into that business will be saved up."

Little Mix have now started teasing their new album , the follow-up to their 2012 debut 'DNA', and promised fans a "more mature" sound on the follow-up. 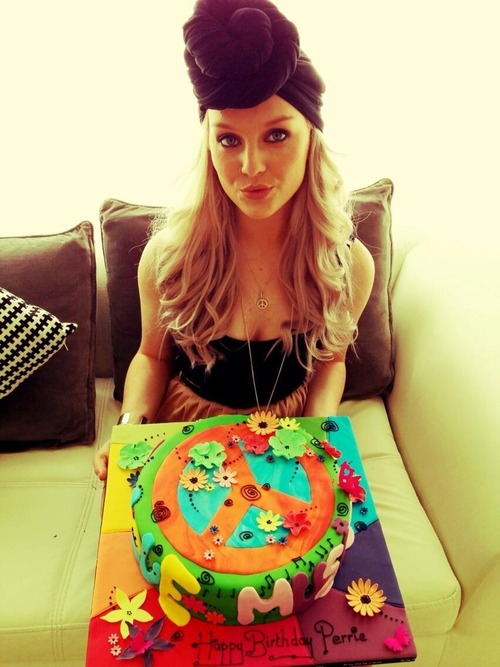 Little Mix star Perrie Edwards has revealed that she was born without a sense of smell. The 20-year-old thinks she “may have smelt coffee once, but can’t remember smelling anything else.

It is thought that Perrie, who is dating One Direction singer Zayn Malik, has a medical condition called congenital anosmia.

Edwards added: “People are always like, 'Oh, isn't that really horrible?' and I'm like, 'No', because I've never known what it's like to smell. If I'd had it and then it disappeared I'd be like, 'Argh'.

"I wear the same perfume all the time, because everyone says, 'Oh you smell nice' and then I'm like, 'Ah, OK'."