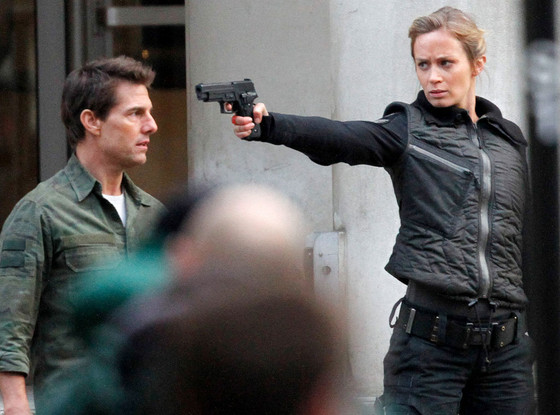 What most are calling the worst title in recent history will no longer be the case, as the Tom Cruise-Emily Blunt actioner has found a new title. All You Need Is Kill, releasing in theaters across Lebanon on May 29 2014, will now be titled Edge Of Tomorrow. Also starring Bill Paxton, the film follows a soldier fighting in a war with aliens who finds himself caught in a time loop of his last day in the battle, and he becomes better skilled along the way. Look out for the the film’s comic-con poster online soon.

The source isn't well known so we have to wait and see. If changed, the original title wasn't THAT bad, but honestly I don't really like each of the titles :( So sad it won't make Comic-Con except for the poster premiere :\