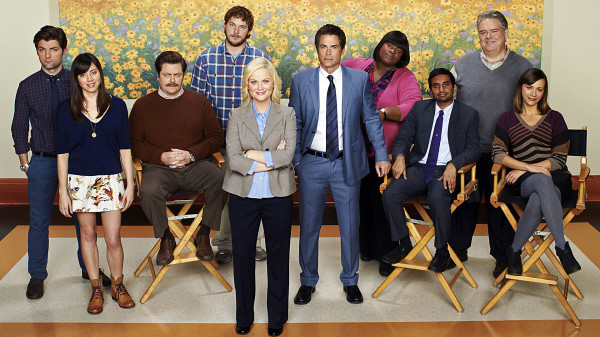 BBC Four has closed a deal with NBCUniversal International Television Distribution to acquire the exclusive first run UK broadcast rights to the 16 episode third season of NBC’s comedy series Parks and Recreation, TVWise has learned. I hear that the show’s third season is set to premiere on the channel in early 2014.

Parks and Recreation was created by Greg Daniels and Michael Schur and follows Leslie Knope, the deputy director of the Parks and Recreation department of the local government of Pawnee, Indiana. The series follows Leslie as she tries her best to deliver for the local community despite the best efforts of her boss, Ron Swanson, who is opposed to government and does his best to undermine government work at every turn. The comedy series, which was recently renewed for a sixth season, stars Amy Poehler, Rashida Jones, Aziz Ansari, Nick Offerman, Aubrey Plaza, Paul Schneider, Chris Pratt, Adam Scott, Rob Lowe, Jim O’Heir and Retta. In the opening episode of the show’s third season, titled Go Big or Go Home, Leslie convinces Ben and Chris to let her put on a Harvest Festival, Ann and Chris go out on a good date and Ron coaches a boys basketball league while Andy tries to win April back.

“I am delighted to announce BBC Four has acquired the third series of Parks and Recreation which will air in 2014. Season 3 (16 x 25’) was critically acclaimed during its third season, and was declared by Entertainment Weekly to be “the smartest comedy on TV” in the US”, said a representative of the BBC.

The pick up of the show’s third season had been expected for some time, with TVWise reporting in May that the BBC were already in talks with NBCUniversal International Television Distribution to pick up future seasons of the series. This deal follows the initial acquisition of the series in November of last year; giving BBC Four the exclusive UK rights to the show’s first two seasons which premiered on the channel in March 2013 and averaged an audience of just under 350k viewers.