Harry and Niall just working on their fitness 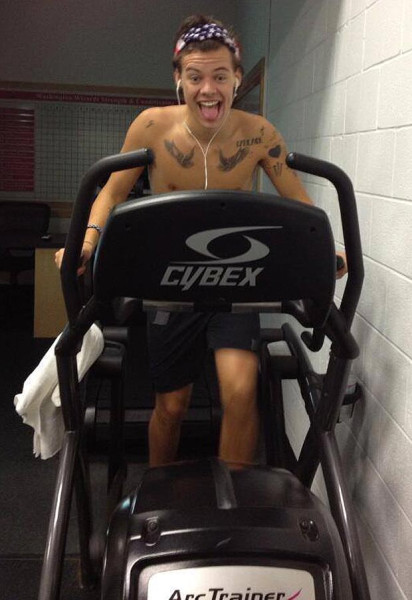 ONE Direction’s Harry Styles and Niall Horan flash the flesh in a topless workout at the gym before jetting off for gigs in the US.
The 19-year-old boyband stars tweeted pics of their efforts to their legions of fans.Harry ran the treadmill with an American flag bandana keeping his mop off his face.
He’s clearly trying to keep his US fans happy — One Way or Another
Topless ... Niall Horan pumps iron in pre-USA workout 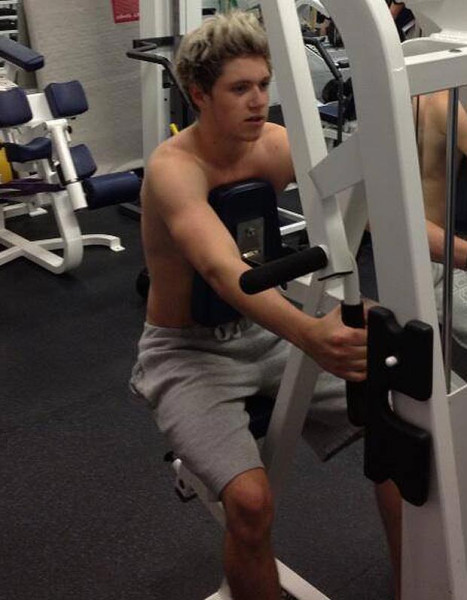 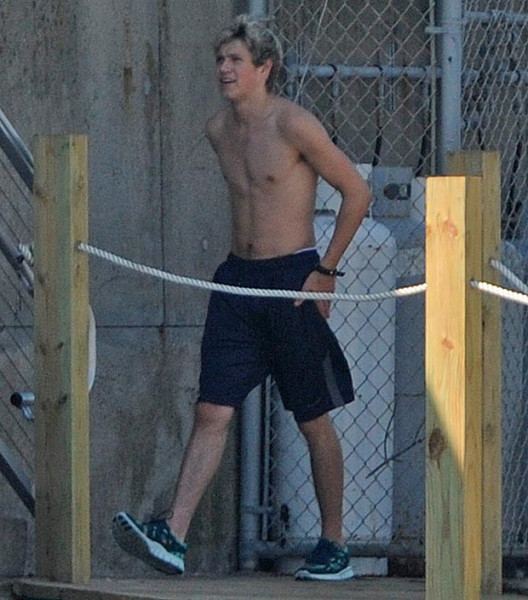 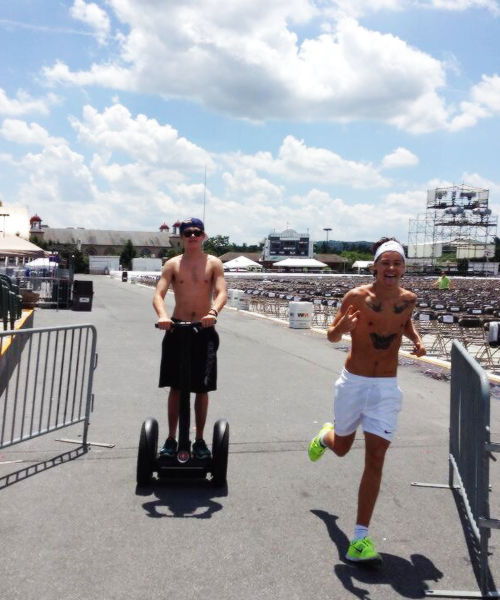