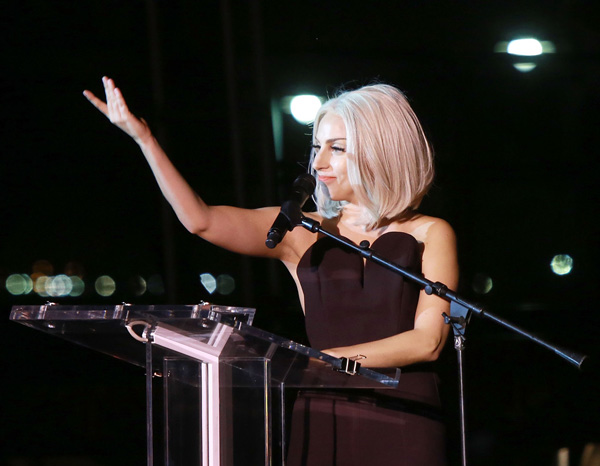 Lady Gaga has returned to the public eye for a cause.

The pop star stepped out officially for the first time since canceling the Born This Way Ball and undergoing surgery for a hip injury in February, speaking at New York's Gay Pride kick-off rally at Pier 26 on Friday night. Outside of a few photos of the singer in a wheelchair, Gaga has been off the radar since ending the tour.

The celebratory event had several reasons to cheer: this week's Supreme Court decision striking down the Defense of Marriage Act, or DOMA, and its rebuff of California's Prop. 8, allowing same-sex marriage to resume in the Golden State. Gaga took to Twitter this week, where she's been an intermittent presence lately, to support the court's rulings. "We stand tall today.#DomaStruckDown So many fought for so long. Be proud, the prejudice are now the minority," she wrote.

On Friday, she gave a stirring speech to New York's LGBT community.

"We are not a niche. We are part, a big giant part of humanity. It's time for us to be mainstream," she said in footage broadcast on Livestream, before leading the crowd in rally chants. "I demand the rights! To safe streets!" she said, the audience shouting back at her, "Enough is enough, enough is enough."

She closed the appearance by singing the national anthem a cappella, changing a lyric for the occasion: "Oh say, does our star-spangled flag of pride yet wave." 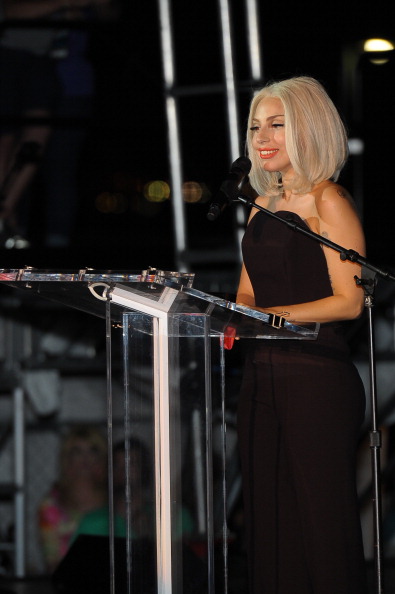 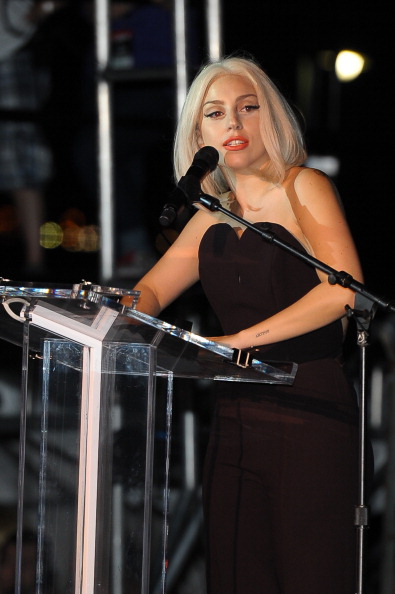 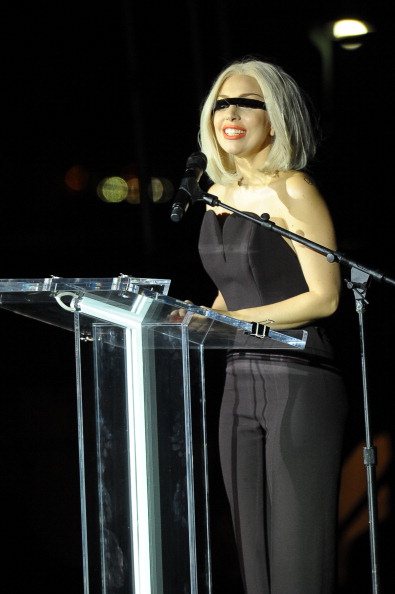 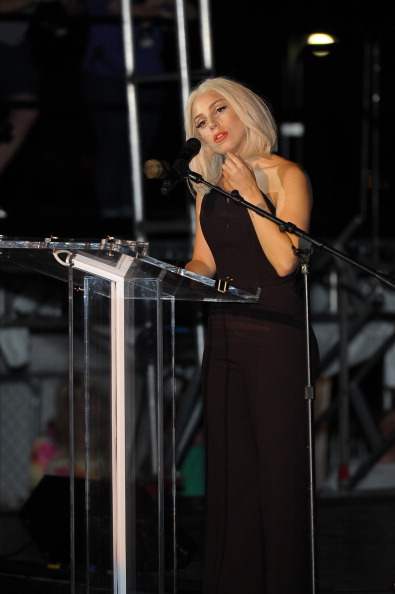 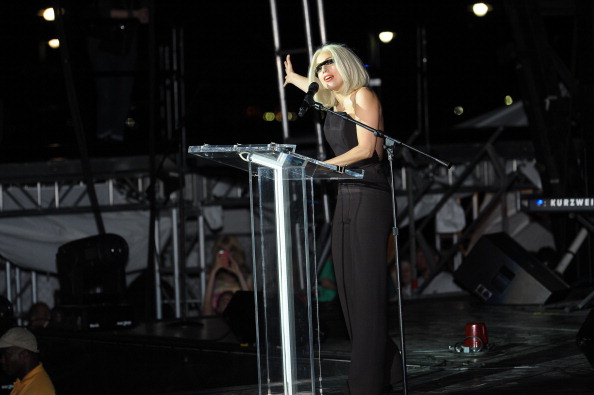 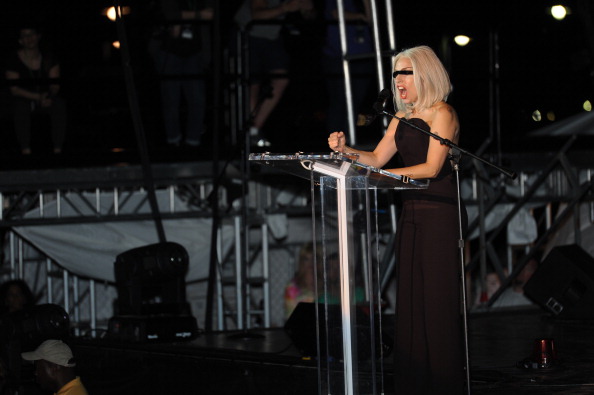 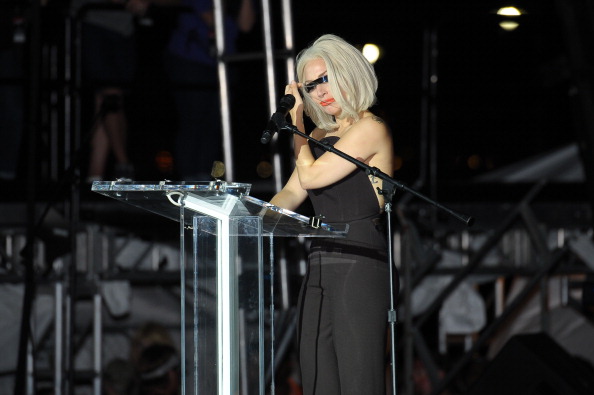 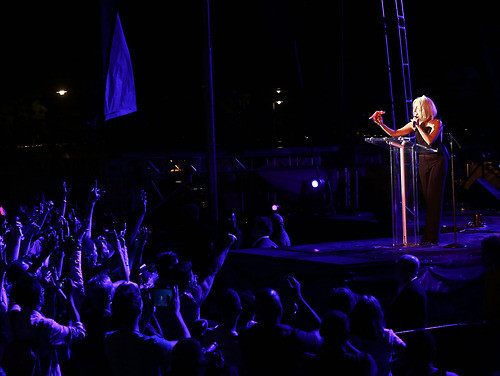 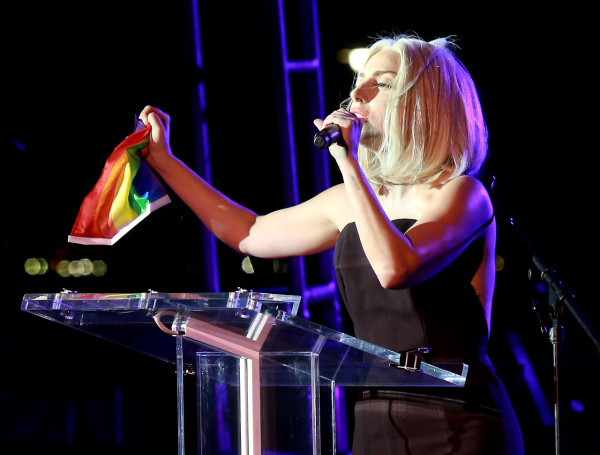 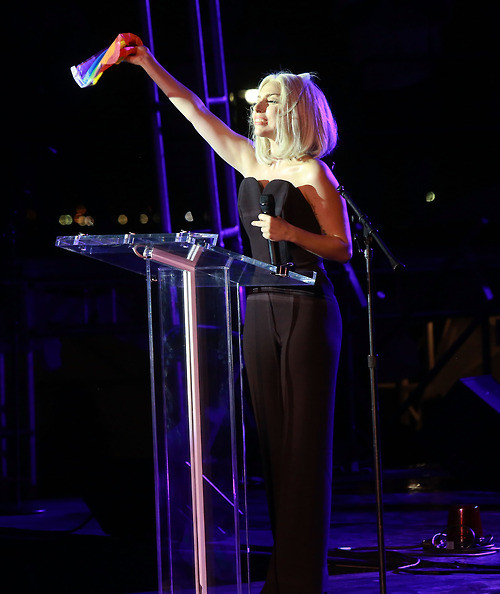 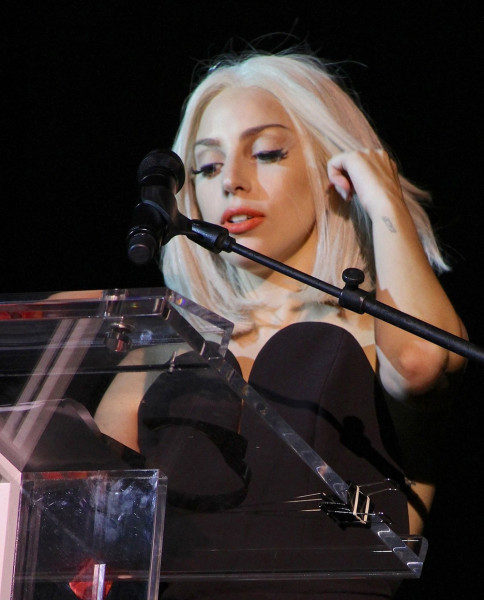 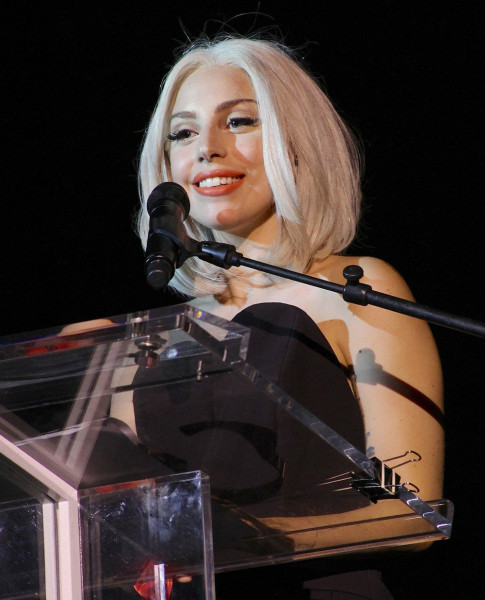 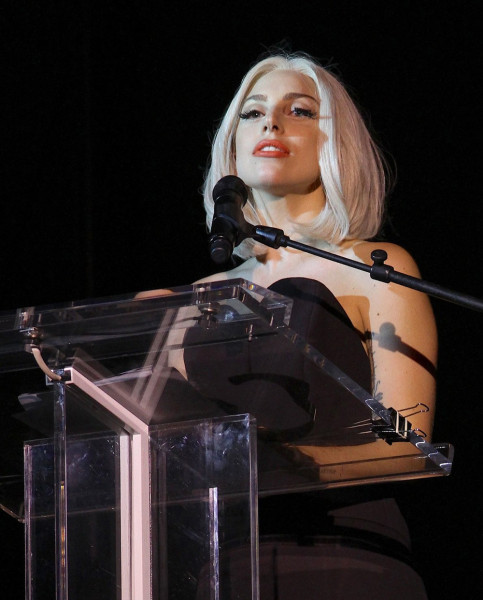 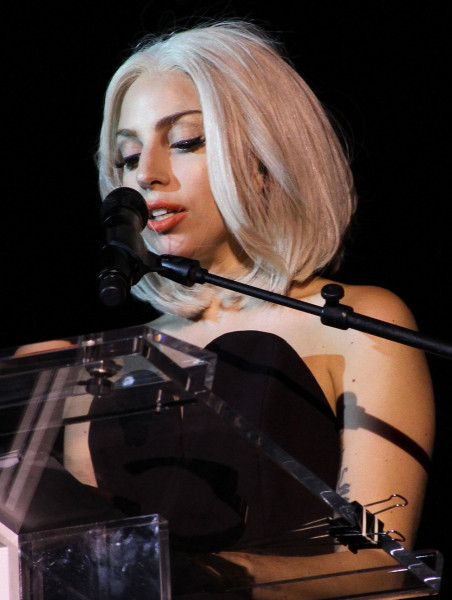 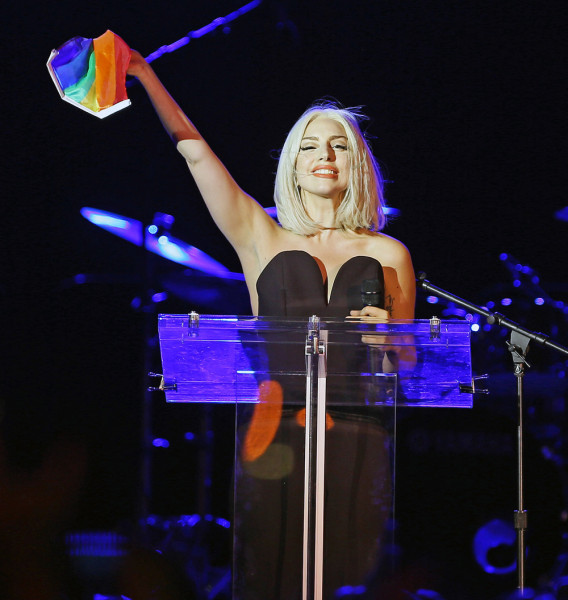 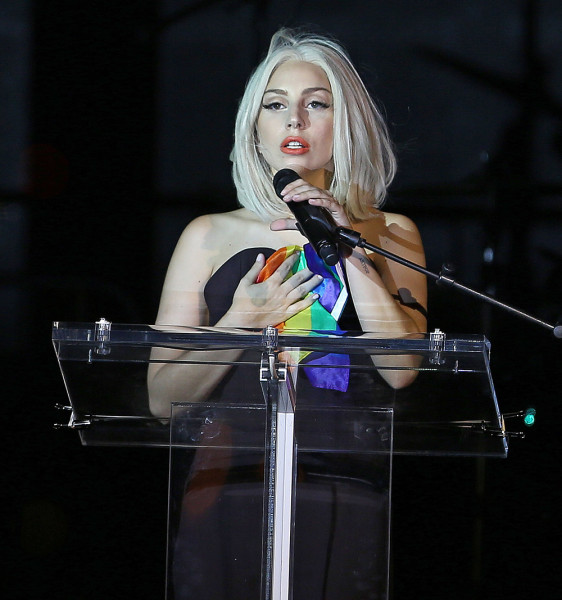