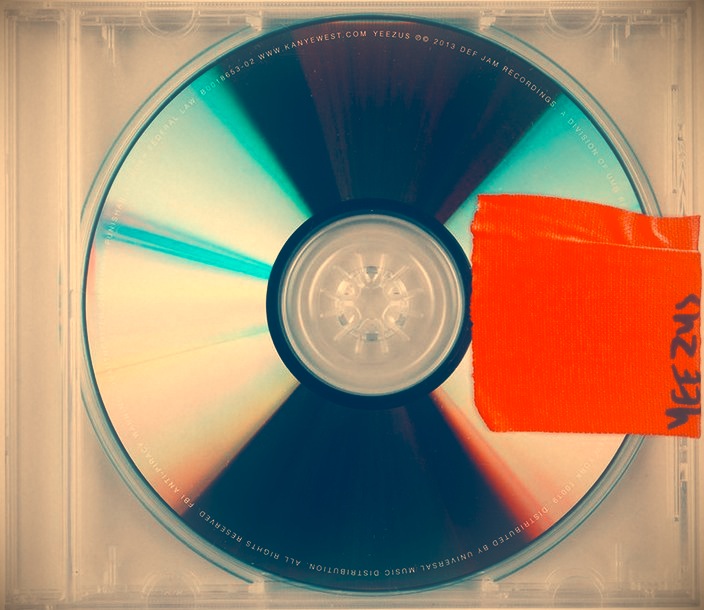 It is safe to say that the Rocafella records duo comprised of Jay-Z and Kanye West is ruling the rap game right now. We’ve seen in past articles that everyone of their latest offerings contains messages and symbolism that are directly in line with occult secret societies. Kanye West’s latest album is called “Yeezus” – a name that is symbolic for a few reasons. Not only it is a album fitting name from someone who is known to think rather highly of himself  – it is a perfectly represents the ultimate goal of occult secret societies: To ascend from humanity to godhood. Yeezus is basically the merging of Kanye West the human with Jesus Christ, who is considered by Christians to be the embodiment of God on Earth. Occult Mysteries claim to turn men into gods through spiritual initiation.

“Wisdom, it was maintained, lifts man to the condition of Godhood, a fact which explains the enigmatical statement that the Mysteries transformed “roaring beasts into divinities.”

- Manly P. Hall, The Secret Teachings of All Ages


By naming one of his songs “I am a god”, Kanye couldn’t make this concept clearer for his fans. In the last verse, Kanye raps:


“I just talked to Jesus

In this verse, Kanye is almost as the same level as Jesus Christ. The lyrics “I know he the most high/But I am a close high” can refer to Psalm 82:6 which states:


There lies the fundamental difference between traditional religions and the Mysteries. Abrahamic religions only recognize the existence of single God while the Mysteries are about humans turning into gods. For this reason, there tends to be animosity between representatives of the two philosophies because they view spirituality in opposite terms. Darker occult societies such as the O.T.O. and the Church of Satan sometimes corrupt or reverse Christian symbols to represent a fracture with its doctrine. Some artwork relating with Kanye’s Yeezus go in the same way. 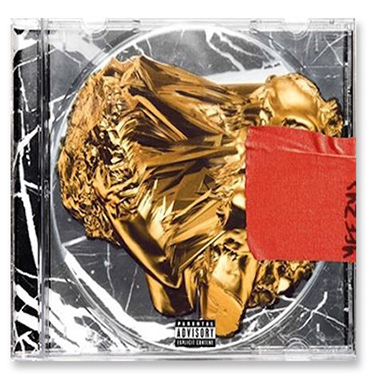 The original album artwork featured what appeared to be a melted down “Jesus Piece”. The cover therefore featured a distorted and deformed face of Jesus. A concept that went with the theme of “Yeezus”. The cover was however not used in the final release of the album – maybe because it would have caused some controversy. 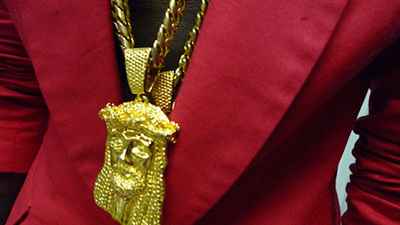 Kanye wearing a Jesus piece chain, a staple in hip-hop fashion. By displaying a melted down Jesus face on the album cover while naming the album “Yeezus”, Kanye conveyed the fact that the symbol of Jesus is not an untouchable symbol of divinity and that he can also reach that status.

The concept behind that album is therefore right on-par with the philosophy of secret societies that rule the entertainment industry (O.T.O, Church of Satan).

Occult secret societies are greatly interested in the numerology and there is a lot of numerology surrounding this album. “Yeezus” is Kanye West’s sixth album. Yeezus contains 6 letters. It was released on 6/18/2013, which is translated in Kaballistic numerology to 6/(6+6+6)/6.

One stunt organized by team Kanye to promote the album was to project the video New Slaves on 66 buildings, spread across 6 countries. In case you’re not great at math, putting 66 an 6 together makes 666.

A projection of New Slaves.

While New Slaves is described as a “conscious rant about materialism”, is Kanye really going against the grain or is he acting like a spoiled kid who reluctantly enters his father’s BMW while saying that “life is unfair”.

In this verse, Kanye says that those who talk about the coming of a New World Order are basically spewing BS to confuse people (despite the fact that elite organizations are clearly pushing for a world government and currency). He states that people should rather focus on issues such as privately owned prisons that profit from every new inmate they get. While this issue is indeed important, isn’t it obvious that the corporations handling these for-profit prisons (such as Geo Group, a billion dollar multinational corporation that works with Homeland Security) are part of the occult elite pushing for a New World Order? Kanye is basically saying that people should focus on a single symptom instead of the huge cancerous system at hand.

The symbolism of these sneakers couldn’t be clearer. 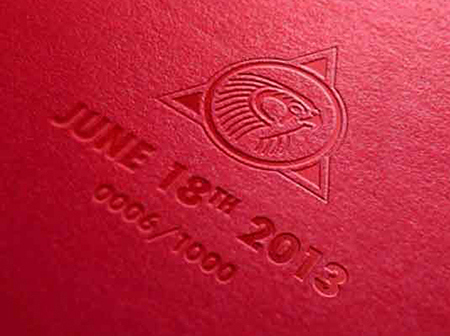 Randomly inserted in Yeezus albums, these patches feature the logo of Air Yeezy 2: The Egyptian deity Horus inside a triangle. Needless to say that the Eye of Horus is the Illuminati’s favorite symbol and one of the most important symbol of occult secret societies such as the O.T.O. 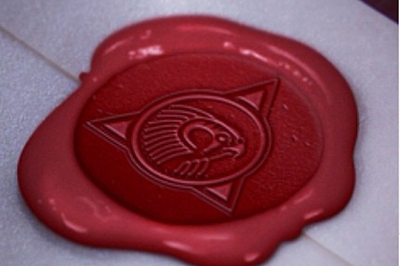 In short, Kanye West’s new album and everything surrounding it is perfectly in sync with the occult elite’s philosophy and symbolism. While he appears to be “speaking out” and being “rebellious” at times, he is pretty much the definition of “controlled opposition” (or maybe does he sometimes have moments of clarity where he realizes that he sold out to the system?). Whatever the case may be,  once we understand the symbolism surrounding his work, Kanye is definitely a New Slave of the occult elite.