Fifth Harmony's Camila Cabello disturbing use and encouragement of the n word and f word has been discovered recently.

Her old twitter account ratchetandsassy has a disturbing number of tweets either tweeted, favorited, or retweeted, that contain racist/homophobic language. 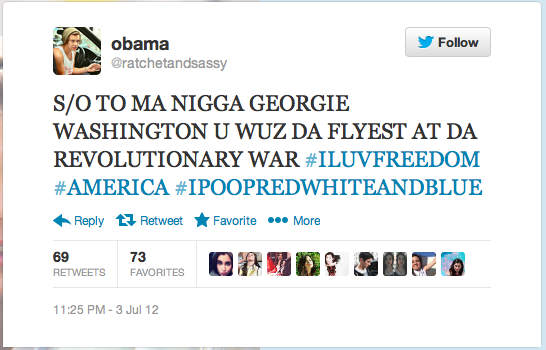 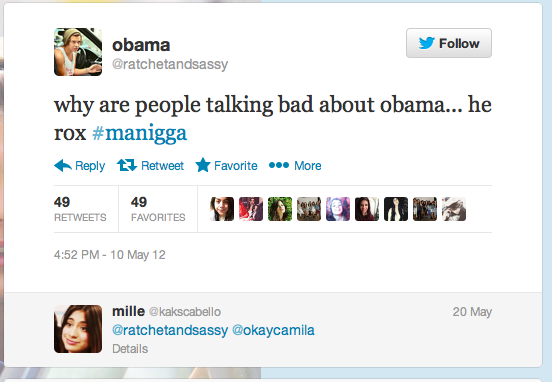 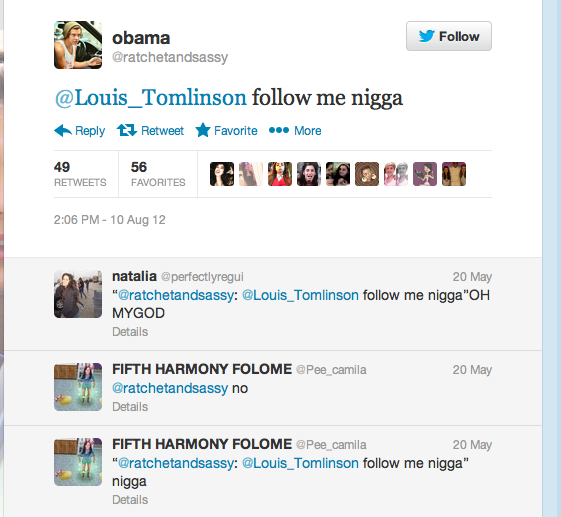 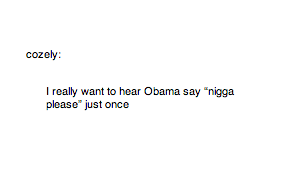 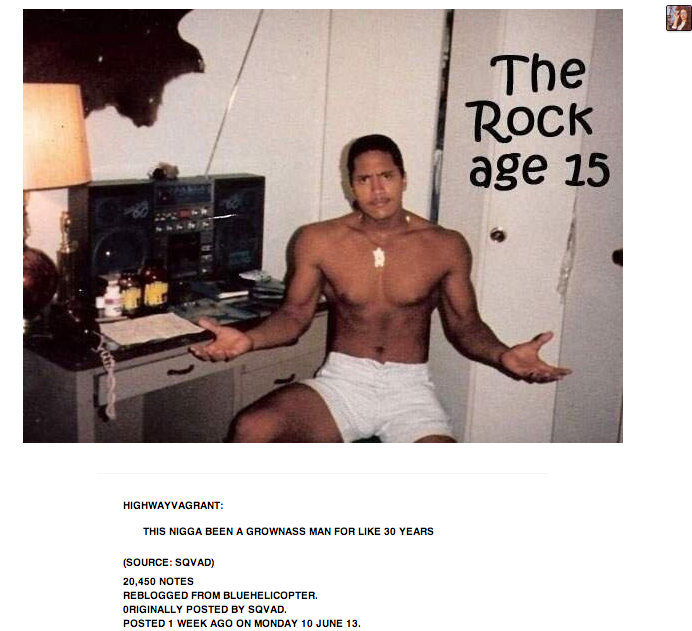 The tumblr posts with the n word are very recent.


remember when zayn went to mexico and we trending #welcomehomezayn


She also retweeted this tweet during 1D's trip to Africa

Another more recent discovery is her use and encouragement of the f word.
She favorited the below tweets with homophobic language calling Harry styles a f*g.

ur such a faggot omg pic.twitter.com/BNWUc8el


She also favorited tweets mocking Perrie, especially her relationship with Zayn. Also, I found a holocaust joke favorited and tweets about Louis being gay.
There are a lot more tweets like this on her old account and I just picked the ones I found to be the worst. Her fans call her the n word regularly (affectionately) and use it generally because of these tweets and she always responds.

To whom it may concern:

I believe this article is ridiculous and untrue slander. Camila Cabello is not a Racist nor Homophobic! Using the word "Nigga" does not make you racist due to the fact at the time of the tweets you are referring to in the article.. EVERYONE no matter how old or young they were were using the word. It use to be the cool thing. She did not mean it in a negative way especially when she is a supporter of our President Barack Obama so how can she be racist. As you mentioned..Normani of Fifth Harmony.. they are BEST FRIENDS. She has no negativity towards her nor any other person you seem fit to say she is racist towards and offends. Also, the Mexican tweets... Camila IS Mexican. And the word Faggot and Fag is the trend everyone is using. She was a young teenager during these tweets and most of the tweets are RETWEETS. She did not write them herself. I am homosexual and Camila looked me in my eyes and told me I was beautiful and that she loved me. She does not care what color skin you have or what nationality nor what sexuality you are. She treats everyone with love and respect. She loves people and even responds to hate in a positive and polite way. Please take down the article because it is untrue and slandering her good name. That so called fan Harmonizer on the article is not a fan whatsoever. If they were they would KNOW Camila. Just how untrue this is and how wrong it is to even think let alone write such a horrible article. Camila is Mexican and Cuban. Before writing an article you should really dig deeper. She is a wonderful person and I wish you would do your own research on her CURRENT TWITTER! @camilacabello97

I would appreciate it if you would take the article down immediately before it is seen by her and hurts her deeply! Haters have nothing else on her so they resort to this which is a disgusting display of hate and ridiculousness! I am not a teenage and in my 20s. I am not naive and definitely know what a homophobic racist is and it is NOT Camila Cabello! She is one of the sweetest young girls I have ever met in my life. She welcomed everyone with a hug and spent time with over 100 people individually. She has saved lived. Helped young people stop cutting, thinking of committing suicide and feeling depressed and alone. Bringing her down before her career is starting to take off is wrong. I hope you do the right thing and remove the article.


cr: ratchetandsassy + TUMBLR
I am hoping to shed light onto this, so hopefully she can apologize for this and tell her fans to stop. As a fifth harmony fan, it's uncomfortable how many of her fans act exactly like she did especially with Normani in the group. If she doesn't, then I am afraid I can't support a group with a person like this any longer. Mods, I know a person has been posting her racist tweets in the comments, but I have added a lot more horrible tweets including homophobic language. mod note: this is her confirmed past twitter and confirmed tumblr (the tumblr she still uses as of right now). here's her wikipedia page that has it. also, it's common knowledge in the fandom that these are her accounts. http://fifthharmony.wikia.com/wiki/Camila_Cabello
Tags: lgbtq / rights, race / racism
Subscribe
Previous
← Ctrl ← Alt
Next
Ctrl → Alt →
Previous
← Ctrl ← Alt
Next
Ctrl → Alt →