Kris Humphries ex-girlfriend is making some rather damning allegations about Kim Kardashian, claiming the reality TV star and her attorney paid her for her deposition in her divorce hearing from Humphries. 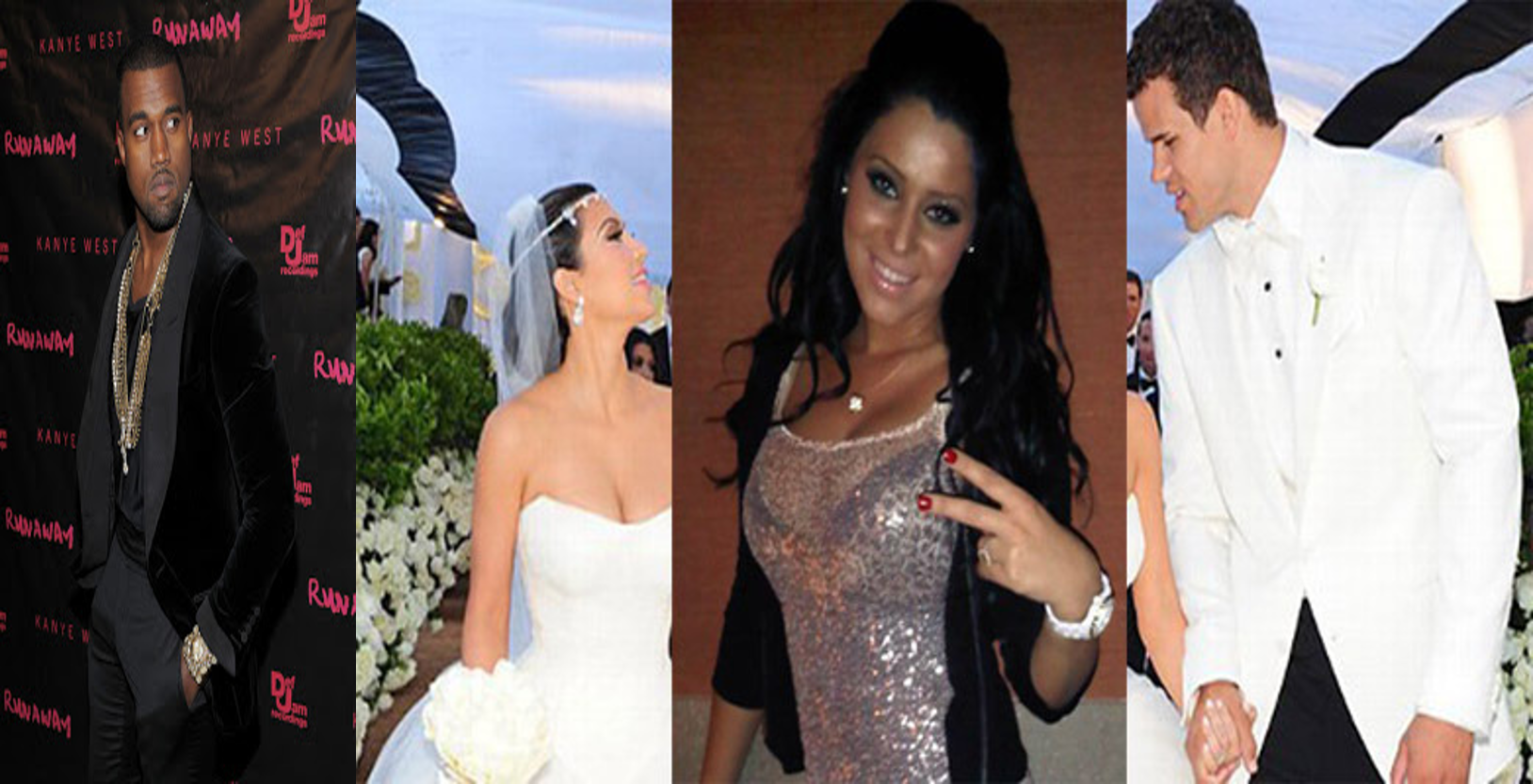 Just when you thought the Kim K-Kris Humphries saga was over and done with…
Myla Sinanaj Posts TwitPic Of The Check Kim Kardashian Paid Her For Divorce Deposition. After almost a year of drama and shenanigans Kim Kardashian and Kris Humphries marriage was finally dissolved without annulment back in April. As we reported, Kris Humphries was trying his damnedest to get Kim to admit that she was “dating” Kanye while they were married and that she used him for TV ratings when she agreed to walk down the aisle.

Welp, looks like Kris could have gotten exactly what he wanted if he had treated his “Kimmy Fakes” boo a little nicer. Yesterday, Myla Sinanaj let it all hang out on Twitter when she posted a twitpic of the check she got from Kim for appearing at the divorce deposition and NOT revealing that Kanye West was coming to her hotel room during late night booty-call hours! 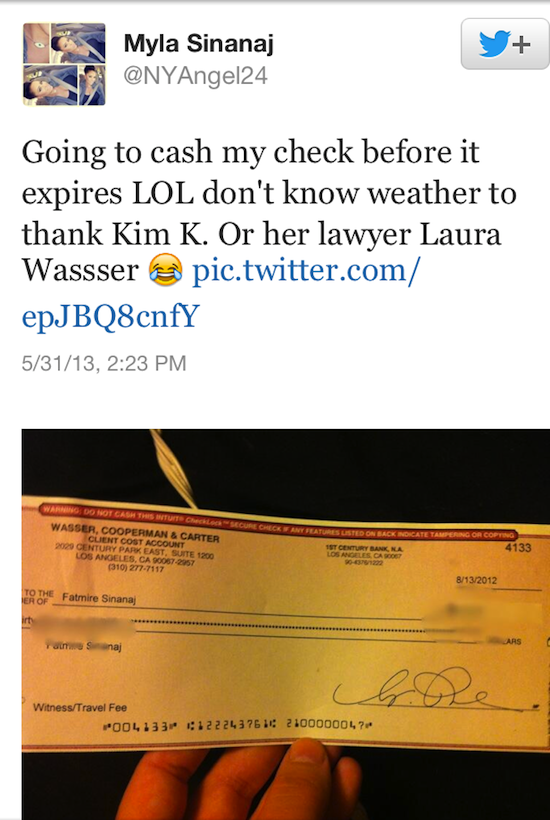 This was just the beginning of Myla’s tell-all Twitter tirade. 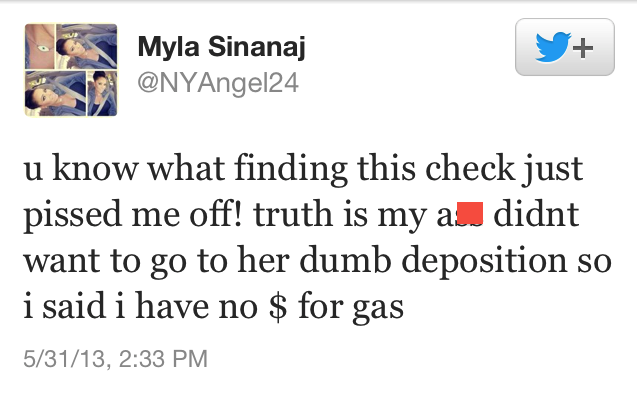 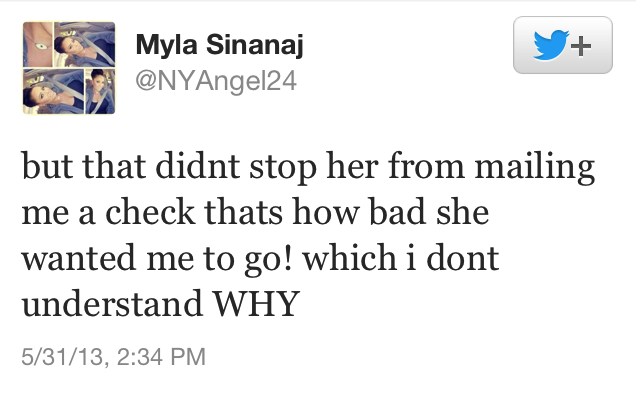 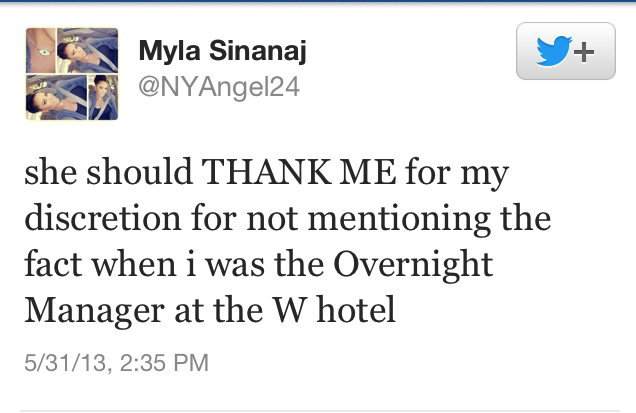 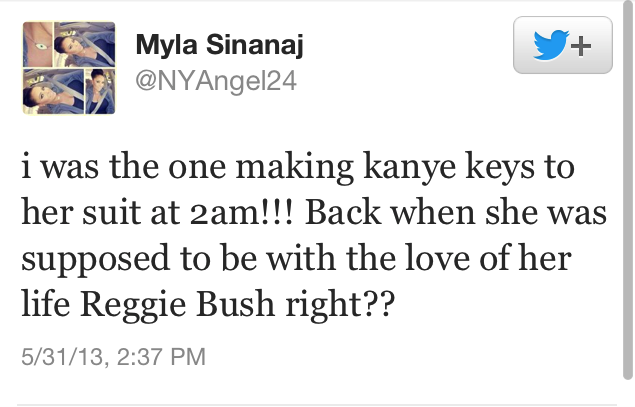 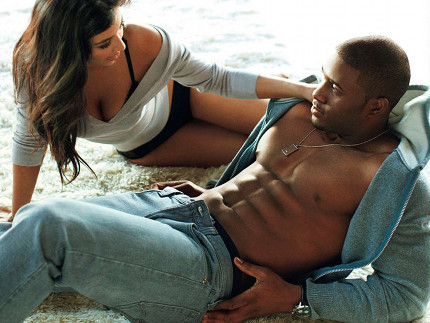 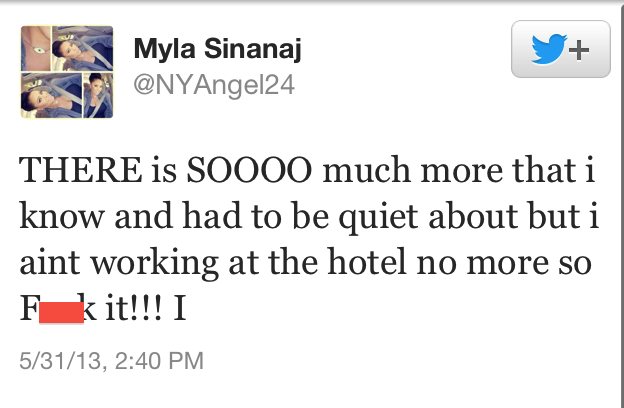 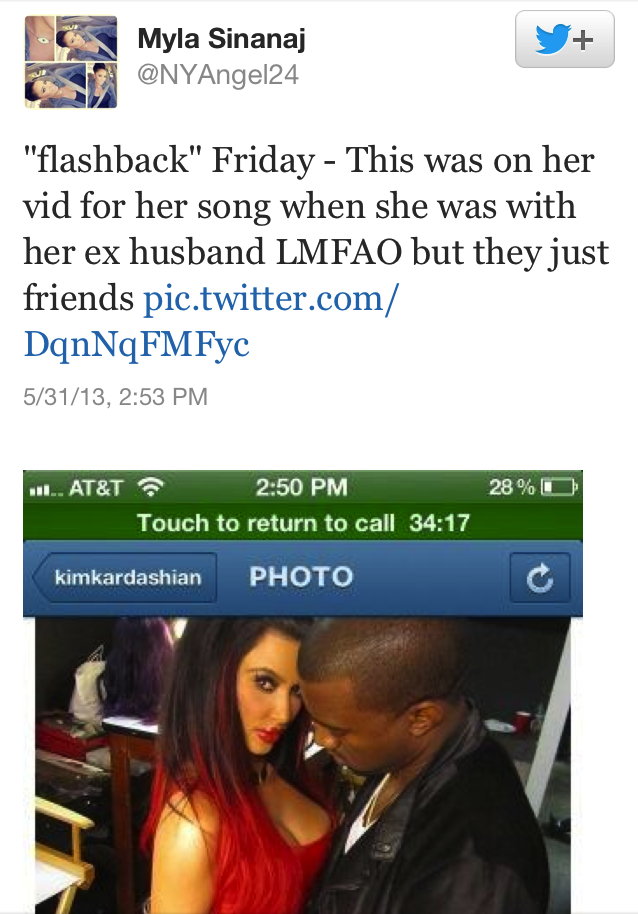 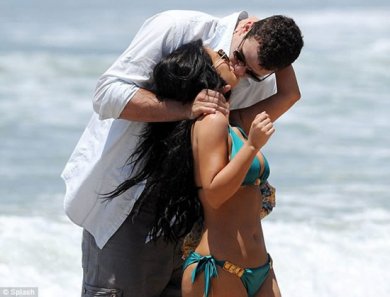 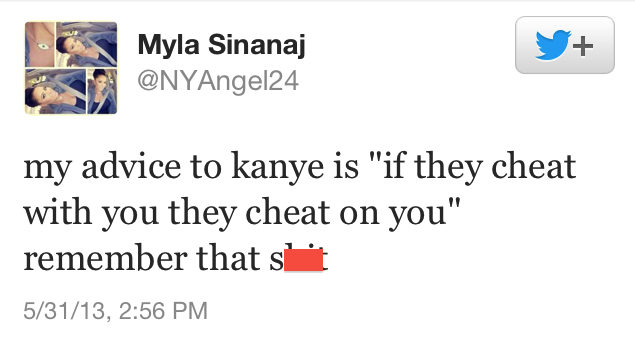