Toy Story Returns With a Tale of Terror! 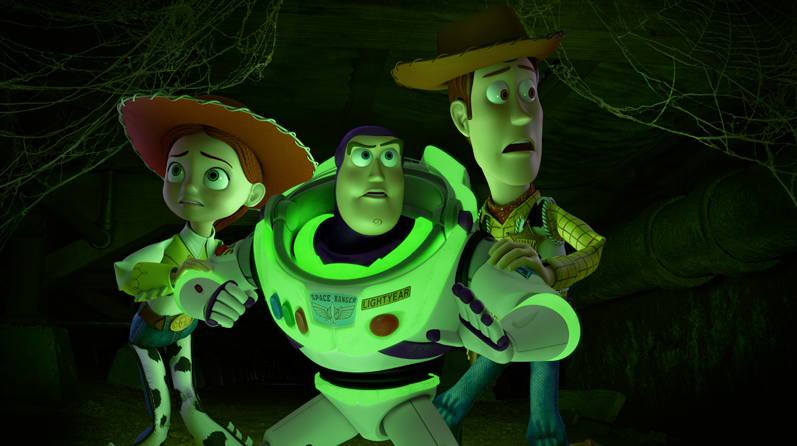 Following the conclusion of the Toy Story feature film trilogy, there was a question as to how Disney/Pixar would manage the huge property. The cast of toys is too memorable and popular to simply allow to disappear forever, so a smart decision was made to create shorts that continued the story of these characters without treading on the trilogy’s foot. In addition to shorts that were released theatrically, we learned that there would a TV special called Toy Story of Terror featuring Woody, Buzz, and the rest of the gang. Today, this has been confirmed, as the short has been announced to premiere on ABC in October.

TV Guide exclusively confirmed the existence of Toy Story of Terror, a 30-minute TV special, and provided a few more details on what the story will be about. Executive producer Galyn Susman gives a brief synopsis which states, “Bonnie is on a road trip to go see grandma with her mom and the toys are in the trunk.” She continues, “Mom gets a flat tire and they have to spend the night at a motel and all kinds of chaos ensues.” The shorts that have been released so far have dealt with the toys’ adventures after Andy gifted them to Bonnie at the end of Toy Story 3.

Rather than try to cram in character development for all of the toys, the studio has decided to focus in on Jessie this time, the yodeling cowgirl who joined the cast in Toy Story 2. The characters from the first film fit in so well together as a group, that it was remarkable when Jessie and Bullseye slipped right in. She has gone on to become a fan favorite and many will certainly be delighted that she will have the spotlight placed on her this time around.The rest of the cast will still return, though, including some of the toys we fell in love with in the third film like Mr. Pricklepants and Trixie. A familiar toy from the first film that had an unfortunate ending will return as well – Combat Carl who was blown up by Sid will mingle with the toys in the TV special and will be voiced by none other than Carl Weathers (Predator, Rocky), a perfect (and humorous) choice.

Given that Toy Story was the first feature film from Pixar, it is only fitting that the franchise be the first to be featured in a TV special. The first Toy Story was originally planned as a TV special, so seeing the toys in a special created exclusively for broadcast television is almost like coming full-circle.
The premiere date has not yet been announced, but it will screen on ABC in October. With its horror-influenced storyline, it would logically premiere around Halloween. Stay tuned for more details!
Source
Tags: disney, television, television - abc
Subscribe
Previous
← Ctrl ← Alt
Next
Ctrl → Alt →
Previous
← Ctrl ← Alt
Next
Ctrl → Alt →