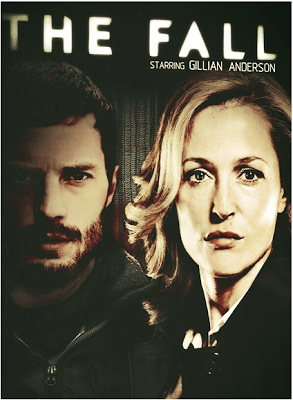 EXCLUSIVE: Allan Cubitt’s new thriller series The Fall, which stars Gillian Anderson (The X-Files) and Jamie Dornan (Once Upon A Time), opened big for BBC Two last night. The series premiered to 3.5 million viewers and a 15 % share in its Monday night 9pm time-slot, with consolidated figures expected to raise that number even higher. With those numbers The Fall easily beat off all competition to win the slot. The impressive ratings also make the series the highest rated drama launch on BBC Two in over 5 years, since the second season of Torchwood debuted in January 2008 with over 3.7 million viewers in the overnights (rising to 4.2 million consolidated).

The strong figures for the series’ launch, while anticipated, is nevertheless good news for Janice Hadlow. BBC Two is betting big on the success of the series and now that The Fall has taken Line of Duty’s crown as the highest rated drama launch since 2005 there is little doubt, barring significant ratings declines, that the series will make it to a second season.

A BBC source informed me some time ago that the series was already being eyed for a potential 5 episode second season and the series creator Allan Cubitt had been working on storylines for season 2 for quite some time. That source informed me that the quality of both Allan’s scripts and the finished product made a second season order “a mere formality.” Another source tells me that the core cast, including series star Gillian Anderson, have all signed on for a second season and that as part of that deal Anderson will now executive produce alongside Stephen Wright, Allan Cubitt, Patrick Irwin and Justin Thomson-Glover.

Should the series get a pick-up for season 2 the only hold up may be securing a window of availability for Gillian Anderson, who stars in NBC’s drama series’ Crisis and Hannibal, and Archie Panjabi, who is a series regular on the recently renewed CBS series The Good Wife.