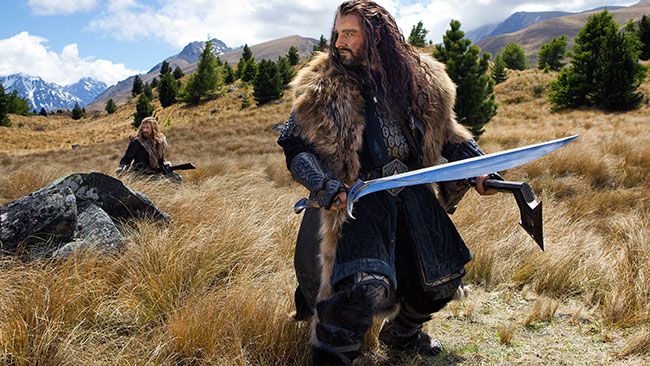 Three hours in the make-up chair, ten test faces, a wig, a beard, some body padding, eight weeks of dwarf-walk training and $1.6 million worth of prosthetics.

Richard Armitage, who plays Thorin Oakenshield in the JRR Tolkien/Peter Jackson-adapted The Hobbit, revealed to news.com.au the lengths it took to transform him into the King Under The Mountain.

"Well it's my beard, which I'm growing back in time for the next lot of filming, the hair is a wig which strangely a lot of people don't realise, but the forehead the eyebrows and the nose are all prosthetics.

"It takes about three hours to get ready - about an hour and a half for the face and 45 minutes for the hair. If we started shooting at eight o'clock we would have to be in the chair at 4.30am. That's over 270 film days.

"Each piece had a price tag on it that would make you baulk. They cost about $2000 each, you only stick them on once because they’re so delicate, and once the day is over you throw them in the bin. I had a collection of Thorin's eyebrows stuck to the wall, each eyebrow hair had to be punched in by hand, and if you think that every single time it has to be identical, it's just a work of art. Our prosthetic artist would spend each night punching eyebrow hairs into the mould, being so meticulous about it. It's a whole new world of skill.”

But the real question for Armitage, who won legions of fans thanks to his roles as Lucas North on Spooks and John Thornton in North & South, is: Why cover up such a delightful nose in the first place? It has, after all, inspired countless tumblr pages, websites and blog posts.

"Do people really think that about my nose? I spent my whole life hating it so it's amusing that people like it!" Armitage said

"When they started putting a big nose on me I was like, ‘Are you sure I really need this?’ I could have gotten away with not having it! But funnily enough at the end of the day, I'd pull the nose off and hold it there just to see what it looked like and my own nose looked so tiny, it was great." 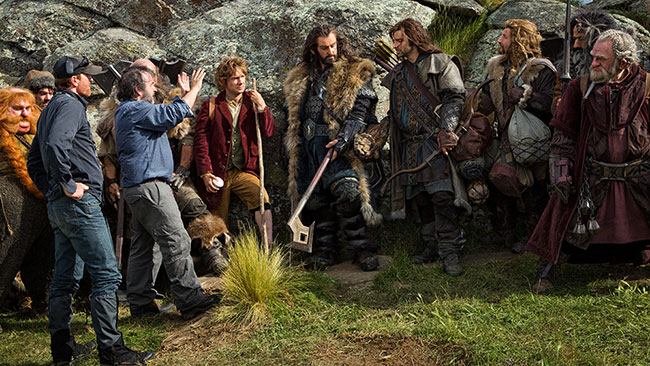 Noses and eyebrow hair aside, the role of Thorin is somewhat of a dream come true for Armitage, who had his eye on the film since inception.

"It took them so long to get it off the ground, I remember watching the process and thinking, 'Oh I really want to be in The Hobbit', but it just didn't look like it was going to pull off. But then by 2010 I was on the radar, so I was so lucky that I managed to get a role."

He likens getting into the character of Thorin to "marinating something - it slowly takes on flavour.

"I started by reading the book again, obviously I'd read it as a kid but I read it again, and I searched for everything I could find about dwarves. When I got to New Zealand I shared my ideas with the crew, and once we put the costumes together to figure out how Thorin was going to look, I started to think about how he might sound, how he would walk, to start building on him.

"We actually had an eight week training period where we learnt to walk like dwarves. It was a long process that I probably took for granted thinking it was easy, but now I've got to go back and start filming again, I'm sure I'll be walking around going, 'It didn’t seem this difficult last time!'"

"Some of the big stunts, like where Bilbo falls off the mountain and Thorin has to jump down and nearly falls over, I did that one myself because my double was doing it and asked if I wanted to have a go and I was like, 'Yeah yeah, let me try!' And it's interesting because of the whole hero thing of actors doing their own stunts - I like to do it because it makes me get into the character even more and it means you've been through everything the character's been through and you feel closer to him. It's not about saying 'Oh I do my own stunts', it's about saying 'I am this character and I fight like this character and I feel like this character'. 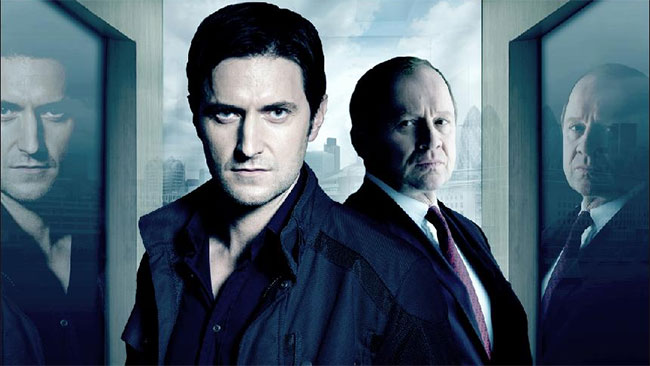 The Hobbit: An Unexpected Journey has just been released on DVD and Blu-ray, and production on the upcoming two films is still pretty hush-hush, with a suspected ten weeks of filming still to be done. But Armitage did let us in on what he's looking forward to.

"The characters that I love from the book like Bard, I'm excited for them to come into play," he said.

"I really want to see the elf kingdom - I've seen glimpses of it in terms of what they've built on the set, it looks amazing. And Mirkwood, I can't wait to see what Mirkwood looks like, I think it's going to be psychedelic - there's definitely going to be something interesting Peter's going to do with that. But I'm not supposed to tell you that - we'll all have to wait in anticipation."