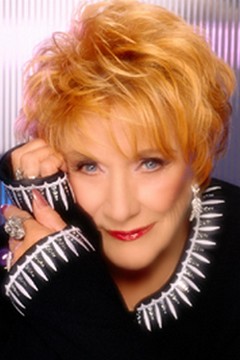 Jeanne Cooper, one of the venerable matriarchs of CBS' hit soap 'The Young & the Restless," has died after a battle with an undisclosed illness.Actor Corbin Bersen, her son, confimed the news on his Twitter and Facebook page. He said she died with his sister by her side.

"While her light finally gave into the wind that gives flight to all our journeys, there will always be a glimmer left behind by what she stood for," Bernsen wrote.

Cooper, 84, had played Katherine Chancellor on the soap opera since 1973. In fact, she began her run on the soap just seven months after it began.

Before joining the program, Cooper had a long career in TV and film. In 2004 she received a lifetime achievement award from the Daytime Emmys.

Rest in peace...Feels like the end of an era.