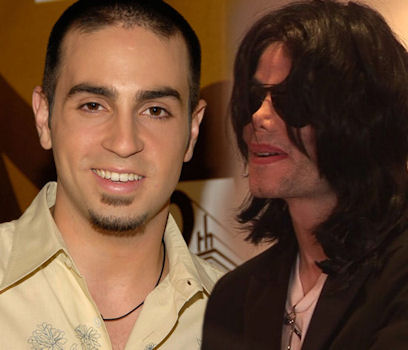 Michael Jackson has been posthumously accused of molesting a now-famous choreographer who spent lots of time with the singer at the Neverland Ranch ... TMZ has learned. TMZ has obtained legal docs ... filed by Wade Robson ... in which he's asking for money from the Michael Jackson Estate for childhood sexual abuse.
Robson -- now 30 years old -- has worked with top names in pop music including Britney Spears, *NSYNC, Usher and P!nk. He has also appeared on "So You Think You Can Dance." Wade met Michael when he was 5 years old and they developed a friendship that lasted for years.  By the time Wade was 7, he went for sleepovers at Neverland and MJ's homes in L.A. and Vegas.  The sleepovers continued until Wade was 14.
In 2005, Wade testified in MJ's molestation trial and DENIED Michael ever molested him.
Wade's lawyer filed legal docs May 1 asking the judge in the Michael Jackson Estate case to allow him to file a late creditor's claim against the Estate.  In the documents, Wade's lawyer says he submitted a never-before filed complaint "for childhood sexual abuse." Wade's lawyer has filed the actual complaint under seal -- which means it's not available to the public.  Sources tell TMZ ... the complaint specifically outlines the alleged abuse at the hands of Michael Jackson. Wade's lawyer also mentions a psychiatrist who treated Wade -- the doctor is a leader in the field of child psychology.

Interestingly ... in the 2005 molestation trial, Jackson's former housekeeper, Blanca Francia, testified she witnessed Jackson in the shower with Wade when the boy was 8 or 9 years old.