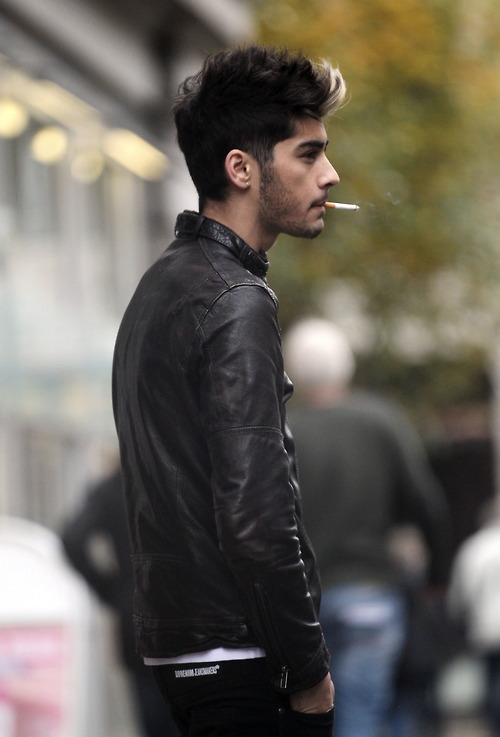 Looks like Zayn Malik and Niall Horan are heading for a fall out, as Zayn's girlfriend Perrie Edwards has admitted she's got a crush on the Irish babe, because of his braces.
The 19 year-old only recently got his metal mouth removed after a year and a half, but despite not being the most attractive accessory fans certainly seemed to fall for it, as has Perrie.
When asked by a fan during a Twitter chat with Yahoo!Omg whether they should get a brace, Perrie said: “Please get a brace, because I’ve always wanted one!”
When it was pointed out that Niall had one she replied:“Yep, and he is ROCKING it!”
Musing over the blonde babe's pearly whites she admitted she was a little jealous of them, confessing: “I want a brace now, but I wish I had had one when I was younger.”
Before gushing over her boyfriend's BFF, saying: “Niall looks so cute!”
It's not the first time Perrie has given away her soft spot for the Kiss You cutie, last year her bandmates admitted she'd had a crush on him before falling for now boyfriend Zayn Mailk.
Leigh-Anne Pinnock told We Love Pop magazine last summer.
"Perrie's got a little crush on Niall," she said, before Jesy Nelson added: "Ever since she found out that he likes her, she won't stop talking about it." (guurl when you have Zayn why do you want Nail smh)
Let's hope Zayn isn't the jealous type!
The couple recently celebrated their first anniversary with a romantic trip to Paris and were even spotted smooching under the Eiffel Tower.

Perrie Edwards: I leave Zayn Malik to keep the romance alive in our relationship

Zayn Malik has a lot of work on his hands as his girlfriend Perrie Edwards has revealed she is useless at keeping the romance alive.
The pair have been dating since they met backstage at The X Factor in 2011 and have already battle cheating rumours in their brief romance.
But Perrie admits she leaves all of the romancing down to her 20-year-old beau Zayn.

When asked what the most romantic thing she’s ever done for Zayn is, she replied: ‘I’d say loads of sweet things but I’m not really romantic.’
But bandmate Jesy Nelson was quick to jump to her defense, revealing a secret of Perrie’s.
‘She made loads of pictures of them, from like when they first got together,’ Jesy explained. ‘That is romantic.’
But a defiant Perrie wasn’t sure: ‘Is it? Oh well, yeah I’ve done that then.’

While Jade Thirlwall admitted her most slushy gesture for her fella was making a cake and Jesy likes making candlelit bubble baths, Leigh Anne Pinnock’s romantic streak is a little more imaginative.
‘Well, for Valentine’s I put loads of lovely pictures of us when we were in Jamaica together and put them in a nice book and it’s called Love Story and it’s got all pictures of us in Jamaica,’ she explained. ‘It’s really nice. And also on Valentine’s day I put our favourite slow jam, which happens to be the same Usher – You Got it Bad on repeat for like the whole day. That’s not psychotic. For the whole night actually [not day].’ (lmao bless)
Although Perrie might not think she’s the soppy type, in a recent interview she did admit she dreams of a big white wedding and has even picked her first dance song.
Speaking about her feelings towards marriage, she said: ‘One day. I think we’d all like that,’ adding, ‘I have a song. A Thousand Years by Christina Perri.’

ok maybe I exaggerated a little. The thirst is RILL!