The Man Too Handsome for Saudi Arabia... Who Wasn’t 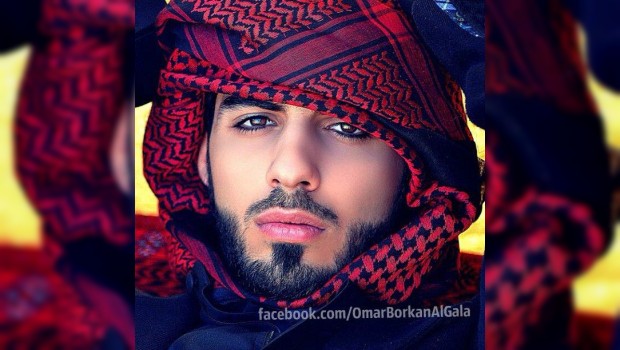 Saudi Arabia often makes US (and international) headlines for its laws (legal mishaps?) regarding women, sex and religious minorities. Some of these stories undoubtedly belong there, but a surprising number gain traction thanks to a small amount of research and suspension of critical engagement. It seems that when it comes to Saudi Arabia (and sometimes her theocratic counterpart Iran, albeit less so),  the more bizarre the story may seem – in that way only the Saudi Arabia of our perception could normalize – the more believable it is.

News and blog media have a particular penchant for covering ridiculous, often inaccurate and even false fatwas (here's our quick definition and a more nuanced discussion on it). And in August 2012, the internet went into a bit of an uproar over the alleged building of an all-female city to promote women's participation in the workforce. Unfortunately, the dreams of the impending matriarchy were dashed when it was eventually revealed that the city was for both men and women, but created facilities specific for women to encourage their participation.

So, what's the latest Saudi Arabia headline wreaking havoc across the internet?

You have most probably heard by now that three Emirati men were allegedly thrown out of a cultural Janadriyah Festival by the Saudi religious police (pl. mutawaeen) for “being too handsome.” Most reports, however, have claimed the three men were actually deported from the Kingdom, itself, for their ‘seductive' lure that was apparently going to send the attending women into an incontrollable hormonal flux.Fementertainment blog, Jezebel, was amongst the first to reveal the identity of one of the alleged Emirati men, Omar Borkan Al Gala – a photographer, model, actor and poet. The internet went into self-fanning mode as several images of the young man went viral and thousands clamored to follow him on social media websites.

Unfortunately, no one in the English press bothered to actually fact check the story.

As it turns out, three men were not, in fact, deported from Saudi Arabia. Actually, no one was deported from Saudi Arabia and certainly not for being too handsome. And, actually, no one was even kicked out of the heritage and cultural festival except for a member of the religious police for protesting against the presence of a Gulf female singer. According to UK’s Al-Arab:

A member of the Saudi feared religious police, known as Mutawa, stormed the UAE pavilion at National Festival for Heritage and Culture, also known as Al Janadriyah, but was forced out by the Gulf Kingdom’s national guards.

The incident took place when the Mutawa member objected to the presence of the Emirati singer Aryam in her country’s pavilion.

A brief U-Tube film showed several guards surround the member of the Commission for the Promotion of Virtue and Prevention of Vice before they escorted him out of the pavilion at the annual festival in the Saudi capital Riyadh.

There was, indeed, an incident involving Al Gala (and apparently him alone): according to the head of the mutawaeen, Sheikh Abdullatif Al-Sheikh (Arabic source), Al Gala had made his way into the family section of the event and was dancing inappropriately. Several complaints were made against him and he was taken aside by members of the national guard, questioned and that was it. He was not asked to leave the event, let alone the country. It turns out his uncomfortable dancing and not his uncomfortably good looks were the reason for some cause for concern and discomfort at the festival.

Al Gala has yet to deny the story and would probably find little reason to do so considering the amount of fame he is now enjoying as The Man Too Handsome for Saudi Arabia, which has helped boost his online personality as well as his career. It should also be noted that some of the sources who were the first to report, in Arabic, that three men were removed from the festival/deported from Saudi Arabia are no longer found online.

While the laughs and light-hearted news from the oil lands of strife are being welcomed by news readers and makers as a nice departure from the usual headlines, this sort of misreporting is not only common but feeds into dangerous and reductionist stereotypes of Muslims and Muslim countries, especially as these stereotypes relate to gender and sexuality's interplay with Islamic law. Somewhere the story of an awkward dancer making families uncomfortable and the story of a member of the religious police being removed from the same festival crossed paths to create a ‘sexy' news story that just made sense enough for the imagined Saudi Arabia.

The common tendency to take stories about incidents in Muslim countries at face value, without much (easy) fact checking (language need not be a barrier with the glory that is Google Translate), offers coverage that only fuels mischaracterizations of the role of religion in the public and legal spheres. Additionally, in these stories and the ensuing commentaries, Muslims cease to exist outside political and social caricatures and are made to fit neat cookie-cutter ideas and images.

In an era of fast-paced news where there is a tendency for any story to go viral within minutes across millions of blue screens, the responsibility for factual, non-gullible news has become dire. This is especially the case when it comes to stories about Muslims, Muslim countries and Muslim and Islamic law.