Everybody Should Come Out, Or Not

Andy West wrote in The Independent, in response to Jason Collins' historical coming-out, that everybody should come out and if you think you can't, you're wrong, you actually can:

I believe every single gay person in the UK should come out, regardless of the reception they expect to receive. Yes it’s frightening but it’s also necessary. As long as gay men and gay women allow themselves to be forced into the wilderness by other people, there will always be prejudice against the 'community' as a whole.

Meanwhile, the ignorant remain swaddled in the pretence that their bigotry is acceptable. Future generations will continue to feel that they are something strange and shameful. Repressed homosexuals will continue to be warped and poisoned until they themselves become the very worst homophobes. Stand up and declare that you are gay. If not for yourself then for everyone else. 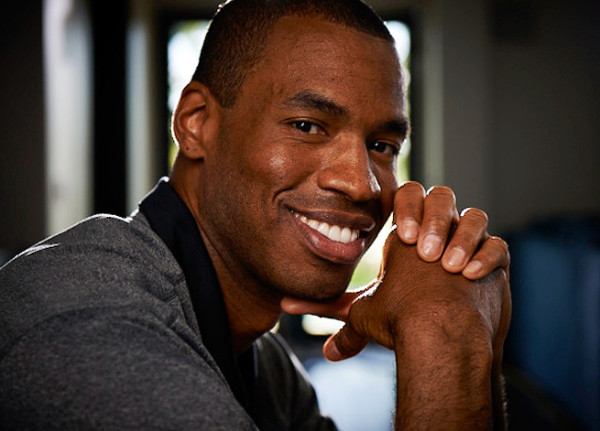 The latest human in favor of everybody coming out is queer comedian Margaret Cho, who's been tweeting in response to an article by Lauren Rosewarne entitled A Margaret Cho Outing, in which Rosewarne expressed her dislike of Margaret Cho's show "Mother," which hit the Melbourne Comedy Festival this week. Namely, Rosewarne was unamused by a bit Cho did about John Travolta, which Rosewarne likened to "drag(ing) people out of the closet kicking and screaming."

[Margaret Cho] belaboured how oh so flaming queer Travolta was. About how everybody in Tinseltown knows just how poofy Danny Zuko is. Of how she had to break the news of his supreme gayness to a naive Olivia Newton John... More than mere speculation however, Cho was outing Travolta.

Not funny and certainly not okay.

Tom Cruise and John Travolta and Hugh Jackman and pretty much every handsome Hollywood leading man has, at one time or another...

Rosewarne undermines her credibility as an impartial observer of homos, however, by also complaining excessively about the abundance of gay content in Cho's show in general. Rosewarne notes that the 48-minute show length worked out well for her because she's "heard quite enough about the importance of same-sex marriage – cue too-predictable hootin' and a'hollarin from the audience" and feels that "there’s a story to be written about a billed show bearing no semblance whatsoever to the marriage-equality-ranty monologue that was delivered." 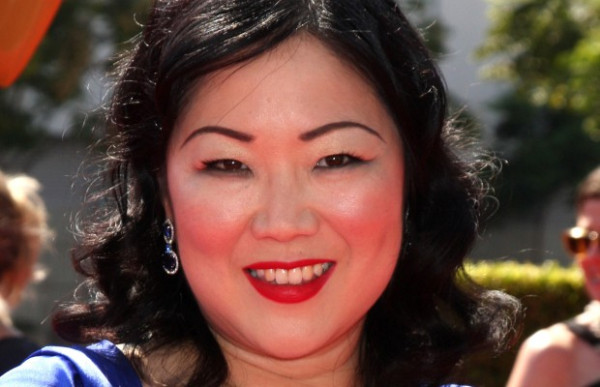 So, Margaret Cho, in response to the criticism of her show's inclusion of John Travolta Material, said the following on twitter:

and ignorance and homophobia are a disgusting shame

our children are dying from homophobia!! we are in an lgbt state of emergency #thisbitchisnothavingit no more death #nomorehomophobia


But also, Rosewarne needs to google "John Travolta gay." Regardless of what the population-at-large believes about Travolta, or what his coworkers or people-who-know-his-coworkers (like me!) know about Travolta, Margaret Cho would hardly be the first person to "drag him out of the closet" publicly. His sexuality has been discussed again and again and again and again and again and again and again, with various degrees of accuracy, moreso than anyone else Rosewarne mentions. (And for the record, I don't think Tom Cruise is gay.) In September 2009, Carrie Fisher tod OUT that "we don't really care that John Travolta is gay" and in December 2010, when asked about it directly, Carrie Fisher told The Advocate that "...we know and we don't care...I'm sorry that he's uncomfortable with it, and that's all I can say. It only draws more attention to it when you make that kind of legal fuss. Just leave it be." Rashida Jones got in trouble this past August for arguing that big stars need to come out, especially movie stars, saying specifically - "Like John Travolta? Come out! Come on. How many masseurs have to come forward? Let's do this."

At this point, I think the conversation about whether or not Travolta is gay or bisexual (hopefully it's the latter, for his wife's sake) has been had. So what it comes down to is the same thing it always comes down to — when is a person obligated to come out, when is it okay to tell a person to come out, and when (if ever) is it okay to go ahead and out them yourself? Salon.com had a nuanced reaction to Fisher's "outing," as did Movieline, which brings us back to the Scientology thing:

The argument goes that, if Travolta truly is gay, it’s up to him when to decide to come out, not Carrie Fisher... which is a fair argument if Travolta  A.)Wasn’t married to a woman and B.)Wasn’t a prominent member of a notorious cult that claims that homosexuality is a perverse illness that can be cured. There are plenty of movie and television stars who are gay but simply don’t talk about it; that’s not what Travolta is doing. He’s actively participating in a sham, a fraud that further perpetuates the idea that being gay is shameful and should be kept secret and tamped down.

L. Ron Hubbard, inventor of Scientology, calls homosexuality a "perversion" and characterizes it as "covert hostility" on his chart of human emotion. Gay church members, through aggressive auditing, hope to reach "level 1.1," at which point they'll be happy and straight. In 2009, Scientology higher-up Paul Haggis resigned from the church after 35 years of involvement, the final straw being its public stance against marriage equality. But when gay rights activists expressed disdain over Travolta's casting as Edna Turnblad in John Waters' Hairspray, which they considered "an iconic gay role," Travolta asserted: "There is nothing gay in this movie. I'm not playing a gay man. Scientology is not homophobic in any way. In fact, it's one of the more tolerant faiths. Anyone's accepted." That's not entirely true.

Beliefnet.com quotes Ohio State University professor Hugh B.Urban about why celebrities are so drawn to scientology:

But then I think the reason that celebrities would be interested is because it's a religion that fits pretty well with a celebrity kind of personality. It's very individualistic. It celebrates your individual identity as ultimately divine. It claims to give you ultimate power over your own mind, self, destiny, so I think it fits well with an actor personality. And then the wealth question: These aren't people who need more wealth, but what they do need, or often want at least, is some kind of spiritual validation for their wealth and lifestyle, and Scientology is a religion that says it's OK to be wealthy, it's OK to be famous, in fact, that's a sign of your spiritual development. So it kind of is a spiritual validation for that kind of lifestyle.

Ultimately, John Travolta isn't the point, although I do think he's an apt example of the kind of person we tend to give some room to when they're not famous: he's been involved in a very strange and intolerant religion for 38 years! Since 1975, when he was 21 years old! Margaret Cho can joke about John Travolta if she wants to — anyhow, the joke's not on him, the joke's on homophobia. Rosenware doesn't need to find it amusing, either, that's her right. When Carrie Fisher is asked a question by an interviewer, she's not obligated to lie on that person's behalf. But John Travolta is not of this world, nor is he the whole world, and his best movies happened decades before many LGBT youth were even born.

We can't force anybody — or everybody! — to come out. But the cool thing about aforementioned LGBT youth is that they're youth, and they don't always need real people to make them feel better, they can get by okay on fictional characters, too, and that is something we — and by "we" I mean "the world" — do have some control over. Maybe John Travolta won't come ever out as bi or gay, but it'd be cool if one of the action heroes he played had.

I don't think we need John Travolta, I think we can just leave him be, and I'm not just saying that because I maxed out on my own personal attention span for any John-Travolta-related material midway through writing this article and never want to write or talk about him again. We don't need him. We have Jason Collins. We have Brittney Griner, and Jodie Foster and Ellen DeGeneres and Lori Lindsey and Wanda Sykes and Portia De Rossi and Frank Ocean and Megan Rapinoe and Zach Quinto and Anderson Cooper and Amber Heard and we'll have more, and soon, I think.