Will 'Chronicle' Star Michael B. Jordan Be Human Torch in 'Fantastic Four'? 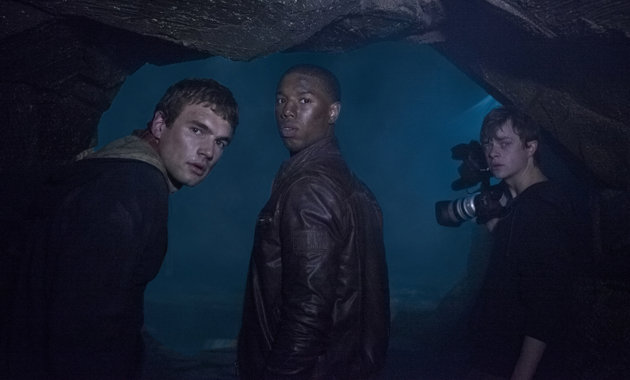 "Chronicle" star Michael B. Jordan is in contention to play The Human Torch in Josh Trank's "Fantastic Four" reboot due in 2015, which would give the African-American actor a rare role as a superhero in a big studio franchise, numerous individuals familiar with the project have told The Wrap.

The Human Torch, also known as Johnny Storm, was white in the Marvel comic, and the wise-cracking character was previously played by Chris Evans in the original 2005 version and its 2007 sequel.

Twentieth Century Fox declined to comment on the record, but numerous individuals close to the studio and the actor have told The Wrap that "Chronicle" director Trank is considering a reunion with Jordan, whose feature career has soared since his breakout turns on TV in "The Wire" and "Friday Night Lights."


Jordan has serious heat around Hollywood following rave reviews for his dramatic turn in the Sundance sensation "Fruitvale Station," which won the festival's Grand Jury Prize and Audience Award. He was also one of the leads in Trank's sleeper hit "Chronicle," about teens with superpowers, which grossed an impressive $126 million worldwide last year following a successful marketing campaign that Fox timed to the NFL playoffs.

Jordan has had multiple meetings at Fox within the last week, and also has a good relationship with Trank. Jordan's chances depend on whether or not he has chemistry with the other actors up for the highly-anticipated movie, according to one insider.

Comic book mainstays Batman, Superman, Spider-Man, Iron Man, Thor, Captain America, The Hulk, Daredevil and most of the X-Men are played by white actors on the big screen. Casting Jordan would make some kind of statement about the post-racial world, though some would say this kind of color-blind casting is long overdue.

Color-blind casting is a hot topic of discussion amongst Hollywood executives. While characters who were white in the comic book source material have been played by actors of color, including Michael Clarke Duncan as The Kingpin in "Daredevil" and Jamie Foxx as Electro in "The Amazing Spiderman 2," so far they have been villains.

The idea that Hollywood would cast an African-American as a superhero would be new. Samuel L. Jackson's Nick Fury in "The Avengers" is a team leader without powers rather than an actual superhero. Wesley Snipes' Blade and Anthony Mackie's The Falcon in Marvel's upcoming sequel "Captain America: The Winter Soldier" are black superheroes, but they're based on black comic book characters.

So what about The Human Torch's sister, Sue Storm, aka Invisible Girl? If Jordan is cast, would she need to be an actor of color? (She is invisible after all.) Jessica Alba played Evans' sister in the original franchise.

Though "Fantastic Four" has not been greenlit, the film already has a March 6, 2015 release date. With a heavy post-production schedule, principal photography is expected to start this fall. Matthew Vaughn is producing the film, which was written by Jeremy Slater with an assist from Seth Grahame-Smith.

TheWrap previously wrote about race with regards to comic book adaptations back in March of 2010 when this columnist suggested that Mackie be cast as "Captain America." While "Fantastic Four" veteran Evans ultimately won that role himself, Marvel clearly took notice, as Mackie has been cast as The Falcon in its upcoming sequel "Captain America: Winter Soldier."

Jordan recently jumped from UTA to WME, which made a strong push to sign the 26 year-old actor after his breakout performance in writer-director Ryan Coogler's "Fruitvale Station" left Sundance audiences in tears. Jordan is also represented by the Schiff Company and attorney Greg Slewett.