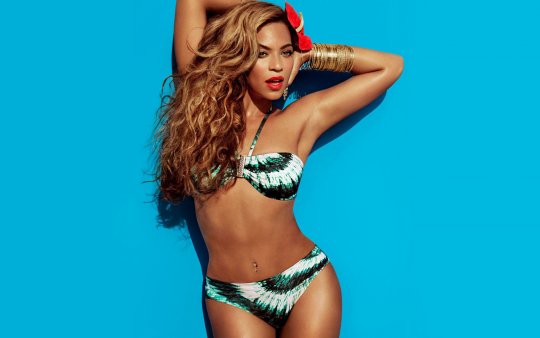 Baddie Bey is a grown woman!

Beyonce performed her new single "Grown Woman" for the first time during her concert in Paris, where she delivered a head-spinning performance.

Beyonce also made her fans' heads spin when she was caught having lunch with her hubby Jay-Z and their adorable 15-month-old daughter Blue Ivy, who was seen walking around and playing in a Parisian restaurant.

Until now, most fans haven't heard a mastered version of her Timbaland-produced song, but Pepsi decided to release a 90-second snippet of the bubbly track.

"They like the way I walk, because I walk with a vengeance/ They listen when I talk, because I ain’t pretendin’/ Took a while, now I understand, Just what I’m going to do/ Now I know who I am, 'bout time I show it," sings Beyonce.

"Grown Woman" is off Beyonce's forthcoming fifth studio album, due out later on this year.

Take a listen to a snippet of "Grown Woman" below!

I hope the full song gets released soon