John Stamos Teams Up with The Black Keys 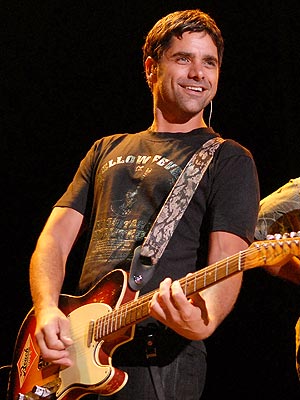 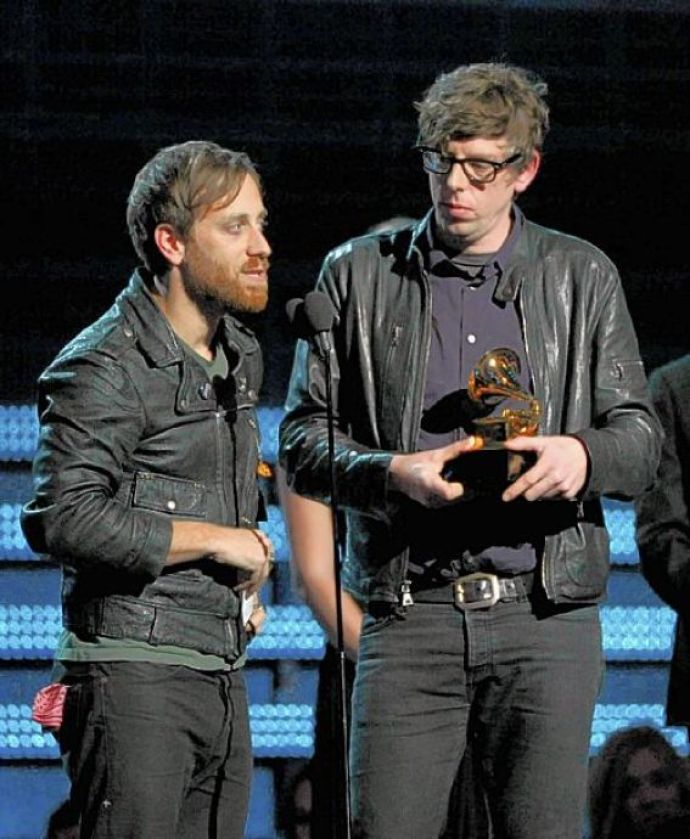 Following the success of their last grammy-winning album, El Camino, The Black Keys are really "reaching for the stars" on their new album follow up, and one of those stars include Full House's Uncle Jesse, aka John Stamos, reports MTV News.

"We're working with John Stamos," Carney of the Keys said. "He's actually performing the drums on our album."

You got it babe..."Uncle Jesse" will be drumming his way into The Black Keys newest album.
Stamos, known as the cool, impressively-coiffed "Uncle Jesse" on Full House, has been an on-and-off drummer for the Beach Boys for several years, according to Elmore Magazine. He also showcased his musical talents on the 1990's hit sitcom by playing random cameos with his on-tv band Jesse and the Rippers.

John Stamos tweeted at Patrick Carney of The Black Keys on February 19th:

Although Stamos may think Carney is an "inspiration", according to recent news, most beliebers would have to disagree. Justin Bieber fans lashed out against the drummer for his negative comments about their pop idol after the Grammys a few weeks back.

Once Bieber responded by saying that Carney needs to be "slapped around" a little, Beliebers had Justin's back and took to Twitter with rage. Youngins tweeted insults at Carney, prompting the Grammy-winning musician to take on a fake Bieber profile for his own Twitter page, according to Daily News.

He changed his name to Justin Bieber, though he kept the "@patrickcarney" handle, with a profile description that reads "official twitter for the actual verified Justin Bieber DOS virtual buddy."

Moving past the recent Justin drama, The Black Keys refocus on what's most important, their music. In addition to addition Stamos to their new album, the Keys will also be re-teaming with frequent collaborator Brian "Danger Mouse" Burton on their new album, according to MTV.

The other Black Keys member, Dan Auerbach, explained in a previous interview a few months back, "We're going to start making the new album in the second week of January and we're hoping to have it done by some time in March ... The record isn't written yet, we'll do it when we get into the studio. This is when we both work best, when we're dying to make an album. All of our records take place in the studio, in that we make stuff up while we're there."

After playing a series of shows in April and May with special guests The Flaming Lips, according to Spin.com, they will reportedly take the summer off.

As for John Stamos, besides drumming on the Keys new album, after stints on ER, Glee, and The New Normal in the last few years, Stamos is set to star in NBC's I Am Victor, a drama about "a high powered divorce attorney with a unique view of relationships," as noted by Vulture.

We look forward to seeing and hearing the latest from tv's best looking uncle..."have mercy!"

In other news...
Dan Auerbach has reportedly split from his wife

Several sources confirm to Us Weekly that Auerbach, who makes up one-half of the platinum-selling group with drummer Patrick Carney, is currently going through a divorce from his wife, Stephanie Gonis.

"Dan's wife wasn't there [at the ceremony] because they are going through a divorce," a source told Us, adding that the split is "unfortunate." The musician also attended the show with his wedding band noticeably absent.

Auerbach, 33, and Gonis have one daughter together, 4-year-old Sadie Little Auerbach. A rep for the musician did not respond to a request for comment.