"Jack White [A.K.A. Best Performance of the Night] Spreads the Love at Grammys" 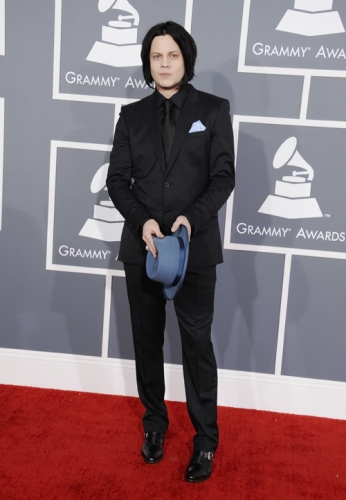 Jack White has admirers in all genres of music. On the red carpet at the Grammy Awards, Tyler, the Creator turned into a star-struck fan at the sight of White, asking a handler to arrange an introduction and deferentially waiting while White went through media to take a photo and shake hands with the three-time Grammy nominee.

For White, that kind of cross-genre connection is what makes the Grammys special. "That's what's really great about this. I've always loved that. I've never been a one-kind-of-genre kind of person. I like all music, and when you actually get exposed to it in different ways, that's what beautiful on a night like this. It's not a competition – it's listening to everybody from all fields do their own thing," he told Rolling Stone.

It's mostly as a fan that White is working these days with his Third Man Records, including a new three-song single with the Butthole Surfers' Gibby Haynes, though White is a little frustrated at how his involvement has been represented. "I'm going to start taking my name off some of this stuff because I like to produce 45s, but you produce a 45 of Gibby Haynes and they end up saying, 'Jack White releases new record with Gibby Haynes on vocals.' And it's not really fair," he said.


Mr. White thanks you for your time.