“Zac was begging the guy to delete the pictures,” an eyewitness tells Page Six exclusively. “He kept telling him that he has so many young fans and he didn’t want them to see it.” The photog refused, so his reps were quick to publicize the news that it was simply a scene for the upcoming romantic comedy. 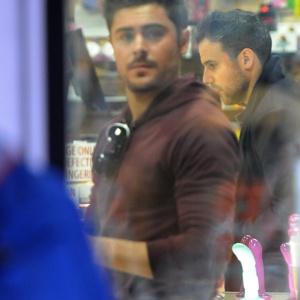 But this isn’t the first time Efron has been caught in a similar situation: Back in 2008 he and then-girlfriend Vanessa Hudgens were photographed shopping for a blow-up sheep sex doll in Los Angeles.