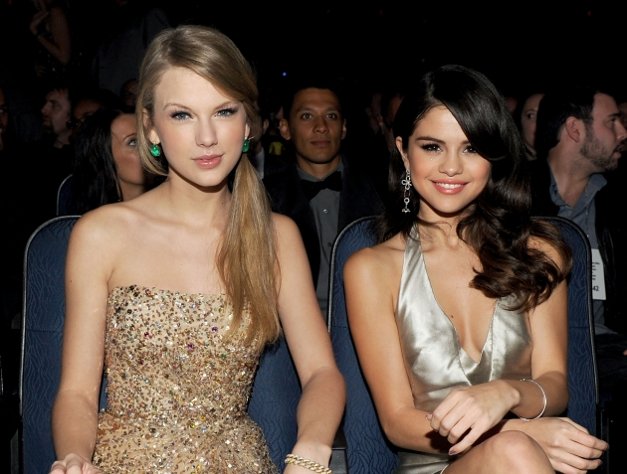 Selena Gomez has said that she discusses relationship issues with Taylor Swift.

The Disney actress admitted that her friendship with the country singer isn't based on the showbiz world; instead, the pair like to talk about normal things such as love and family.

She told NYLON magazine: "We both experienced the same things at the same time. But we've never once talked about our industry.

sintitulo
January 18th, 2013, 08:48 am
that's a dumb thing to say. then again, idk i met girls who didn't have female figures in their life and were more 'comfortable' around guys. i can see how that type of environment might influence your opinion on these things.

donutism
January 18th, 2013, 09:17 am
Well, I guess it can be hard when Hollywood is trying to put her against every other female celebrity.

In general, I find people hard to trust. If they are a good person, I will trust them. Gender doesn't matter.

tangerinefriday
January 18th, 2013, 11:17 am
Women who don't like other women are precisely the kind of people they are bitching about. Perfectly constructed hypocrisy.

pivotandsway
January 18th, 2013, 11:38 am
she's a lil dummy but she's young and "bang bang bang" rox hopefully she grows out of this kind of thinking. it's not easy to unlearn internalized misogyny especially in the environment she's probably in. having been friends with ashley benson probably doesn't help. anyway when is her next album coming out ;;

soho
January 19th, 2013, 01:07 am
Guys are way more catty and it was usually guys who picked on people in hs about clothes/hair than the girls. I always had more problem with guys than I did any so-called 'mean girl.' I admit that I used to be this way because I think we are taught to be competitive with each other, but hopefully she'll learn that this kind of thinking is flawed and a few bad girls who are friends doesn't equal the entire female population. You just have to look for better friends, and they can be hard to find. Female or male.