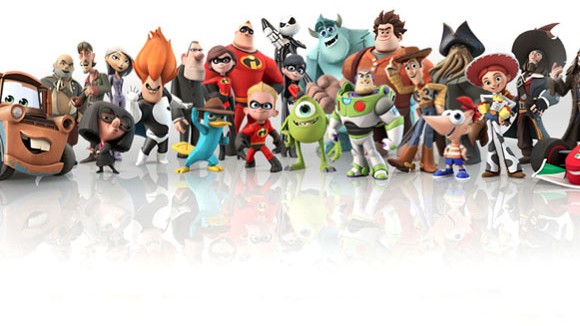 The Disney Infinity starter pack, which will include the game, three figures and their three respective 'Play Sets,' will cost $74.99 when it debuts this June. The three figures bundled with the starter pack are Pirates of the Caribbean's Jack Sparrow, The Incredibles' Mr Incredible, and Sully of Monsters University.
Each of the 20 launch figures has its own associated 'Play Set,' these being gameplay worlds and stories linked to the character and their original habitat. Play Sets will cost $34.99, while Power Disc bundles, which sit underneath character figures and provide in-game buffs, will start at $4.99.
If you want to learn more, check out Mike Schramm's in-depth look at Disney's newly unveiled answer to Skylanders.