Marina and the Diamonds: 'Electra Heart was meant to be a side project' 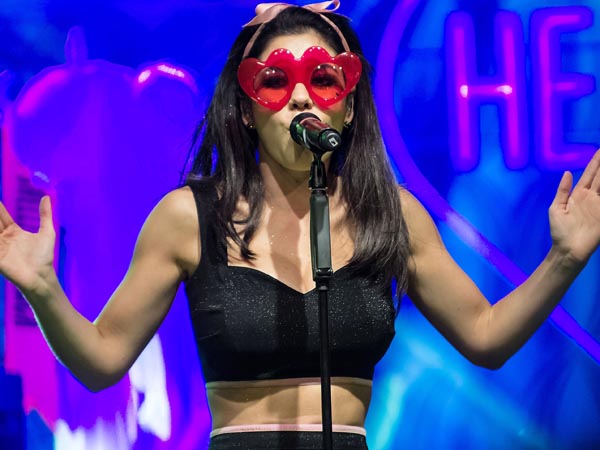 Marina and the Diamonds has revealed that her Electra Heart album was in fact intended to be a side project.

The singer had initially wanted to release her sophomore album under an alias, separate from Marina and the Diamonds, but was discouraged by her management team.

The singer tweeted: "Electra Heart was originally a side project, separate from Marina And The Diamonds.

The 'Primadonna' star then joked: "I calmly put the phone down and screamed til eternity."

Electra Heart debuted at No.1 in both the UK and Irish charts, an improvement on The Family Jewels which peaked  No.5 in the UK chart.

The record also performed well internationally, finding success in Europe and peaking at 30 in the US charts, Marina's best US ranking to date.

The album was preceded by the single 'Primadonna', which has been the singer's highest peaking single in the UK to date, reaching number 11.

It has also been her best performing single internationally, reaching platinum status in both Ireland and New Zealand and reaching number four in the New Zealand charts.

Perhaps now she's relieved that her management convinced her release the Electra Heart album under the Marina and the Diamonds monika, rather than as a side project.