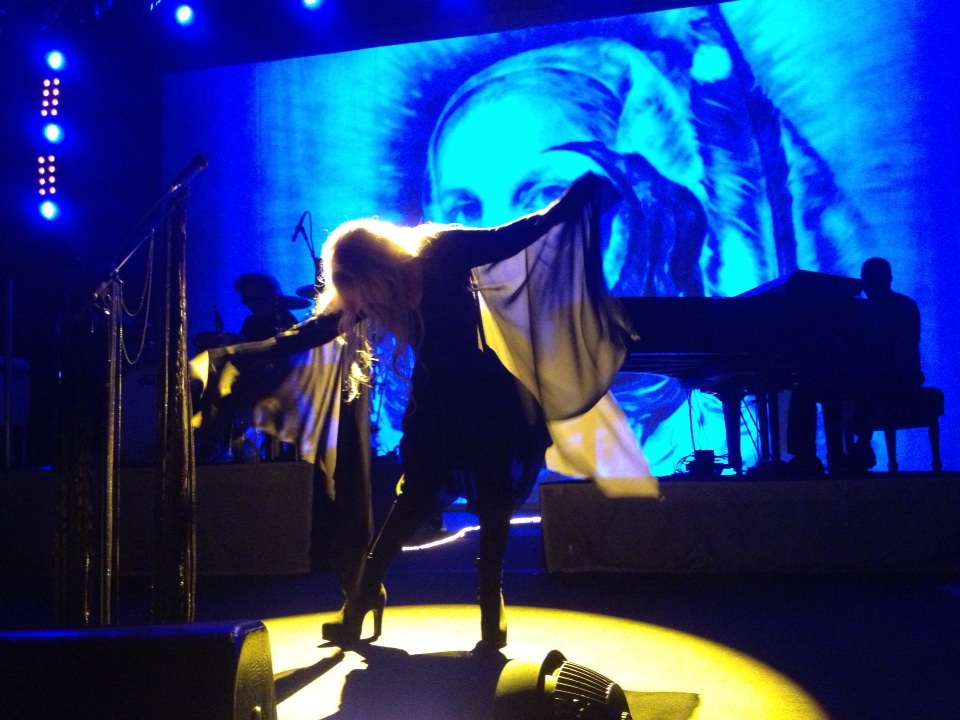 Lady Antebellum will be joining forces with the rock-n-roll legend Stevie Nicks on an upcoming episode of CMT's Crossroads. Sharing the stage in Los Angeles, it will be a first-time collaboration for the Fleetwood Mac singer-songwriter and Country trio, marking a significant event in music history. The episode is slated for later this year; no specific date has been set.

To put things into perspective, Nicks (writer of such massive classics as "Landslide" and "Rhiannon") is a multi-Grammy Award winner and Rock ‘n Roll Hall of Fame inductee. Fleetwood's Rumors album is one of the best-selling collections of all time. Expanded and deluxe versions of the album are set for release on January 29.
Likewise, Lady A is one of the hottest Country groups on the scene with three studio albums to-date, moving a total of 11 million copies. The seven-time Grammy winners also have six No. 1 singles to their name and numerous other industry honors, including CMA Vocal Group of the Year. Hillary Scott, Dave Haywood and Charles Kelley will be dropping the lead single from a new album on Jan. 31.
Previously, Crossroads has featured such musical extravaganzas as Carrie Underwood and Aerosmith's Steven Tyler, Mumford & Sons and Emmylou Harris and Jimmy Buffet and the Zac Brown Band. The once-in-a-lifetime series brings artists together from opposite ends of the spectrum to produce mind-blowing explosions.