'The Biggest Loser': Hew was eliminated ?? 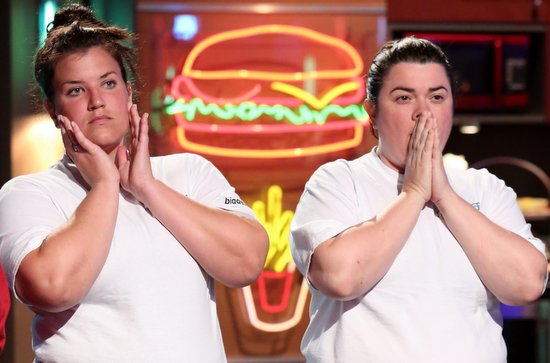 This week's episode of "The Biggest Loser" has a theme: cutting the junk. The blue team, who comes in last in a childhood obesity trivia bowl is forced to spend 4 1/2 hours per day -- the amount of time the average American child spends watching TV -- trapped in a room full of junk food and video games.

Trainer Bob Harper is thrilled to find his team didn't give in to the junk, but is disappointed to see they didn't come up with a way to burn calories inside the room. So for their last chance workout, Bob puts the team through a cross-training regime full of squats and burpees inside the junk room.

At the weigh-in, we find out for the first time this season, there is no red line elimination. That means the team with the lowest percentage of weight loss will be forced to vote off a member of their team.

Pam is worried when she learns the white team will be weighed last, as she feels she might be on the chopping block. Since the white team only has two contestants remaining, the person with the lowest percentage of weight loss on their team, should they lose, would be automatically eliminated.


The weigh-in is intense, as usual, but the blue team kills it -- with Michael, who started out the season at 444 pounds, finally dropping below 400 and landing at 396.

The red team has a devastating time at the scale, with three of its members losing only two pounds each. With such a disappointing turn out, the white team will only have to lose seven pounds to be safe. Jenni steps up to the scale and we find she's lost six pounds. Now it's all up to Pam. With one contestant losing zero pounds last week, it's certainly not out of the question that Pam might not make the cut. Particularly since she and trainer Jillian Michaels butted heads so hard during the workouts.

In the most GIF-worthy moment in "Biggest Loser" history, Pam learns she lost nine pounds and decides to do a little dance -- wait, a big dance. She gyrates and sings, and gyrates some more, pumping her pelvis in her sports bra and spandex, and singing, "How ya like me now," to Jillian. "I did it, I did it ... I lost nine pounds. Nine pounds, nine pounds."

Gillian tells Pam she no longer wants to hear her give excuses because she's seen now what she can do. Bam!

This means the red team is the losing team, and its members must choose someone to send home from the ranch. Joe is safe because he lost the highest percentage of weight at nine pounds. Cate and Jackson are both devastated, knowing they couldn't help their team overcome, and may be going home.

Cate can't bear to vote any of her team members off, and so she chooses with her eye closed. But alas, her teammates have no problem voting her off, as they believe she, most of all, is capable of accomplishing her goals at home. 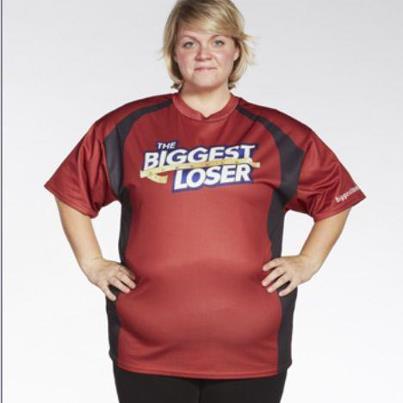 "Being here for these three weeks has taught me that being healthy isn't a chore; its a gift," Cate says. "And I don't think that I can do this at home, I know that I can."

And boy, has she. Cate started the show at 237 pounds, and we see by visiting her at home she's dropped down to 196. She's now training for a marathon, and trainer Dolvett Quince has promised to meet her at the finish line. Teammate Lisa also makes this promise to Cate, even though hers was the deciding vote to send Cate packing.

Cate has kept up her positive spirit at home too. She's particularly proud of having eliminated "Fat Tuesdays" from her routine. She used to pick up fast food after her workout every Tuesday. "Fat Tuesdays have turned into fit tuesdays," says Cate. "So that means goodbye drive-thru, and hello protein shake and apple."


On gaining confidence: Dolvett was able to bring that confidence out of her, and she felt she was worth it. She evolved from a meek & mild individual to a strong & confident person.

On how she became overweight: She was eating out all the time during college, and gained weight shortly after she got her first job.

On “Fat Tuesday” vs. “Fit Tuesday”: Prior to coming on the Ranch, she would workout with a personal trainer on Tuesdays, but would eat hamburgers directly after those said workouts. Today, she takes apples and protein shakes to the gym on Tuesdays.

On her expectations of The Ranch: She thought there would be filming breaks, but that was a huge misconception of hers. Even when the directors took a break from filming, the contestants still exercised. They didn’t get “exercise breaks.”

On reaching “One-derland”: When she saw the scale go below 200, it was a dream come true for her.

On why the Red Team didn’t lose a ton of weight in Episode 3: She mentioned that it was bound to happen because the Red Team performed really well the first two weeks, but the low weight loss numbers are definitely not a reflection of the work they put in.

On voting off someone with her eyes closed: She couldn’t pick one of her teammates to eliminate, so she covered her eyes with her hand, and chose a random picture on the screen. When she found out that she had unintentionally chosen Jackson, she was sad… but she would’ve been sad if she had chosen Lisa or Francelina as well.

On the hardest part of weight loss: She stated thatits easy to fill 2,000 calories with junk food, but it is NOT easy to fill 1,100 calories with good food. She currently sticks to bright, colorful veggies, lean proteins (i.e. chicken, fish), and occasionally lean red meat. She’s still not a fan of spinach and egg whites, by the way.

Cate currently weighs 183 pounds, and is training for her first half-marathon. Congratulations Cate, on all of your achievements so far!

Next week on "The Biggest Loser," one of the child participants will have an intense confrontation with family members, and three contestants will be sent home. Uh oh ...