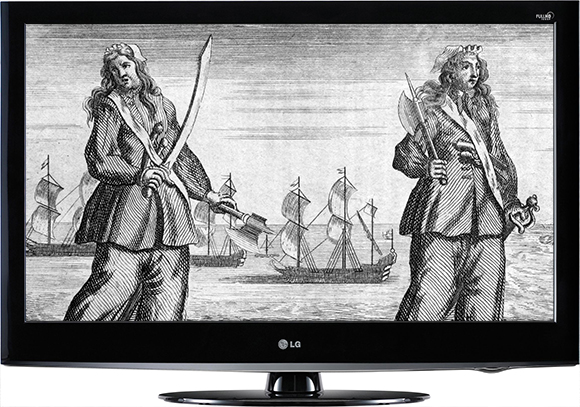 In my last post, I argued that there's no excuse for excluding women from historically-inspired fantasy constructs — even if it means sacrificing “historical accuracy,” which is done away with in one way or another in all fantasy works anyway. (OP's note: TL;DR, historical accuracy =/= a defense for patriarchy and racism.)

After reading through the post's many thought-provoking comments, I realized I hadn't emphasized something I should have: that historically-inspired stories with female protagonists certainly need not exist only in the realm of fantasy.

With shows like The Tudors, Rome, Deadwood, The Borgias, Spartacus, etc., the past decade or so has seen the rise of a heretofore rare phenomenon: the historical TV series that is based around real historical figures. I love this trend. These shows let you see a bygone time and culture, while allowing for the deep character development you don't always get in similarly-set films.

But like most genres, there are not nearly enough female-centered ones. So I came up with some women in history whose lives, I thought, would adapt well to the format, along with some fantasy casting choices for each. 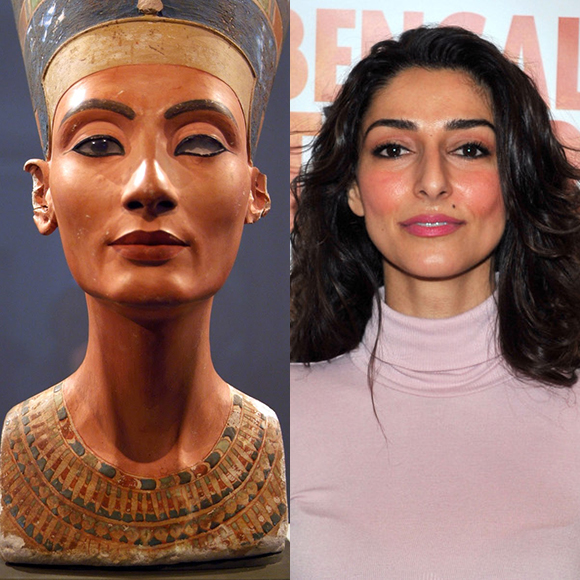 If there's one historical setting that's overdue for a lavish TV series about it, I think it's ancient Egypt at the height of its power, many centuries before the Greek-dominated land of Cleopatra (which was featured in the second season of Rome).

Hatshepsut was a very successful Pharaoh for at least 20 years, but I think a more interesting choice might be Nefertiti. Her husband, Akhenaten, was a Henry VIII-type figure who changed a grand nation's long-held religious traditions. During his reign, polytheism was disposed of and worshipping the sun god Aten alone was encouraged. It's been suggested this action could have had a keen scientific understanding of the sun's importance to life behind it.

The evidence is as inconclusive as you'd expect it to be for events that happened more than 3,000 years ago, but there are legitimate hypotheses positing that Nefertiti not only held co-regent status with her husband, but also enjoyed a sole reign as “Neferneferuaten” after his death. This show would assume that interpretation, and show Nefertiti navigating through life as a monarch both before and after Akhanaten's death.

I would cast Necar Zadegan, best known for playing Dalia Hassan on the last season of 24, in the main role. The aesthetic motifs of ancient Egypt are so strong in the public consciousness that I'd expect promotional imagery to be one of the most fun things about this show – just imagine Zadegan with the crossed arms, double staffs, headdress and false chin beard (which female pharaohs wore as well) that everyone knows from the iconic images of sarcophagi. Plus, it would be a great opportunity for a remastered version of one of my favorite metal songs of all time to appear on a soundtrack album 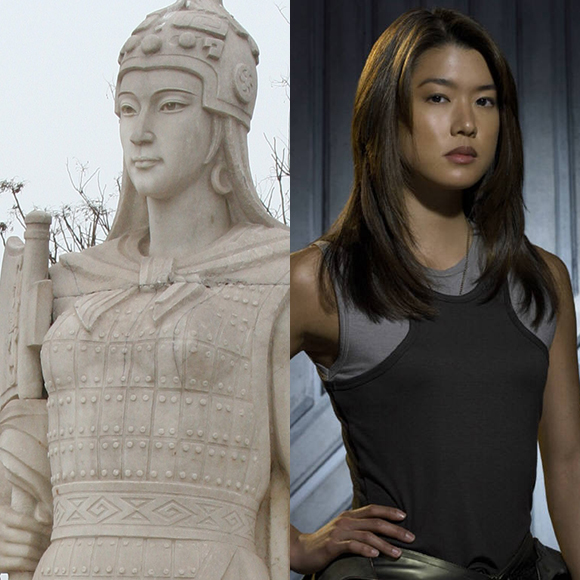 Fu Hao, of China's Shang Dynasty, was not the only woman warrior of the ancient world. But she was possibly the highest ranking one in the context of a formal military. While she first attained prominence as one of King Wu Ding's wives, she parlayed that position into becoming her country's foremost military commander of the day.

Her tomb, which was excavated in 1976, gave a clear picture of her standing, not just as a royal figure but as a warrior. Her grave goods, among much more, included 130 weapons, 20 bone arrowheads and four bronze tigers or tiger heads.

She also reigned over her own fiefdom on the borders of her husband's empire, which would provide opportunities for the show to be not just about war but politics as well. Like the story of Nefertiti (who was probably alive less than 100 years before Fu was born), a ton of unknown details would have to be filled in, but the backdrop of China's Bronze Age would be a novel place for an epic TV series to go.

For the role of Fu I'd choose Grace Park of Battlestar Galactica and Hawaii 5-O, who I think would make a believable warrior-queen-commander. 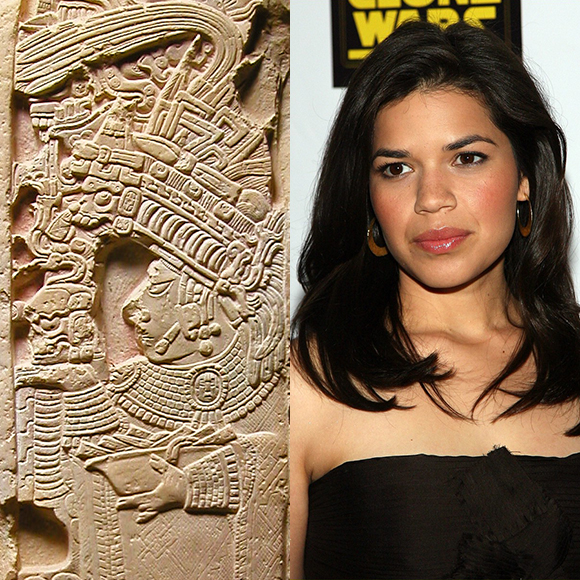 This whole 2012 apocalypse phenomenon had its funny moments, but it's unfortunate to think it was probably the only association many people now have with the Maya civilization. The classical Maya were amazing. They constructed large cities without draft animals or pulleys, they developed the Americas' only known pre-Columbian writing system, they had a rich and nuanced mythology and they had an understanding of astronomy that was probably second to no other human civilization in its time.

And on top of all that, they had an remarkable tradition of body modification, encompassing tattoos, piercings all over the ears and face, teeth-sharpening, and drilling holes in teeth to replace with pieces of jade that would be really fun to see onscreen. I don't think very highly of Mel Gibson as a person, but I do think highly of his 2006 film Apocalypto, and a TV series exploring the details of this fascinating culture could be great.

During the 600s and 700s, women began to play a more powerful role in Maya politics, and the figure I would center this show around would be Lady Ik' Skull. One of King Itzamnaaj B'alam II's secondary wives, Ik' Skull's son became king, even though the primogeniture of the monarchy held that the son of the primary wife should have. Ik' Skull also may have ruled as a queen regnant herself for a time.

Why these unusual events took place is not known, but there was clearly something different about Ik' Skull, and court life in the Maya civilization was probably as complex as anything seen on The Tudors. To play Ik' Skull I would cast America Ferrera, who in every real-world appearance I've seen of her has always affected an impressive regal bearing far removed from her character on Ugly Betty. 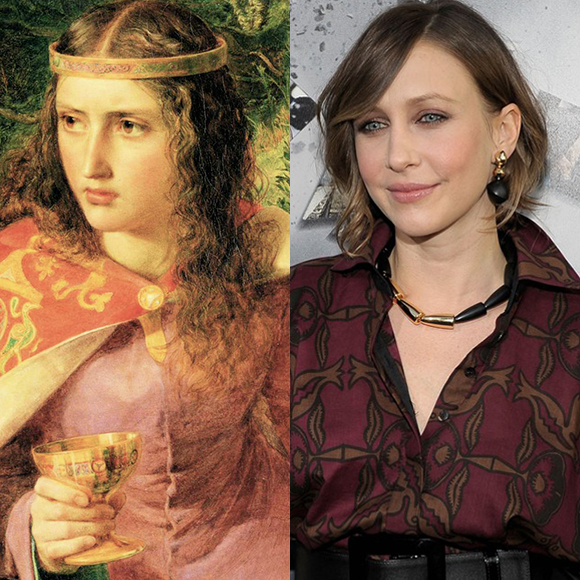 Eleanor was a main character in the 1968 film The Lion in Winter, a role for which Audrey Hepburn won a Best Actress Oscar alongside Peter O'Toole as King Henry II of England. But that was a snapshot in time that didn't convey the full scope of her epic life, which weaved its way throughout 12th-century European political history.

As a teenager, she inherited sovereigny of the most powerful duchy in France, and decades before her marriage to Henry, she married King Louis VII of France, with whom she commanded forces in the Second Crusade. After securing an annulment from the Pope—which she sought before her husband did—on the grounds that the couple were too closely related, she married Henry, whom she was even closer related to, in the same year.

For five years, she oversaw her own court in the town of Poitiers with her daughter, holding a “Court of Love” in which she heard, and judged on, romantic conflicts brought by subjects. She was imprisoned for 16 years after supporting her son's revolt against her husband. And she finished her life ruling England while another of her sons, King Richard I, was fighting the Third Crusade.

I think there's more than enough material to fashion a complex TV drama out of Eleanor's incredible life. To play her I would cast Vera Farmiga, who seems to have been slowly building toward a starmaking role for a long time, and who I think would do well in portraying the wide range of ages the character would appear as over the course of the series.

Pirates, Cowgirls, and Gladiators at the source!

I know we have some history/women's studies majors on ONTD. Who would you add to this list? And mods, I guessed with these tags...