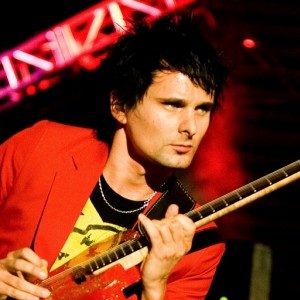 Matt Bellamy has blasted the ''structures'' keeping people ''in place'' within society.
Muse think young people are ''born into bondage''
The conspiracy theory-loving rockers feel younger generations are oppressed by subtle means, and hope their music finds its way to an audience who willing to question society's norms.
Frontman Matt Bellamy said: ''The structures keeping people in place these days are days are far more covert and coercive: Advertising, the media, the way corporations and governments function and so on.
''A lot of young people are born into bondage and don't necessarily know it. I'd like to think our songs have some influence on people who feel they don't want to fall in with everything.''
The 'Uprising' rocker feels his group are keeping up a ''tradition'' among bands of making young people think and question what's around them.
He added to Classic Rock magazine: ''I do feel we are keeping up that tradition, that it's the job of bands, musicians, artists in general to at least shed light on things people might not be aware of.
''I wouldn't pretend we're the starting point, but in combination with other artists out there, I think we collectively influence other people to come up with new ways of thinking. And they're the ones who will form policies in the future.''
Source: ContactMusic
ia with him about all of his political views tbh even though idk what's the context of this. I mean, Matt constantly rambles about conspiracies and all but would be great if the articles had given a bit of context
Tags: muse / matt bellamy
Subscribe
Previous
← Ctrl ← Alt
Next
Ctrl → Alt →
Previous
← Ctrl ← Alt
Next
Ctrl → Alt →