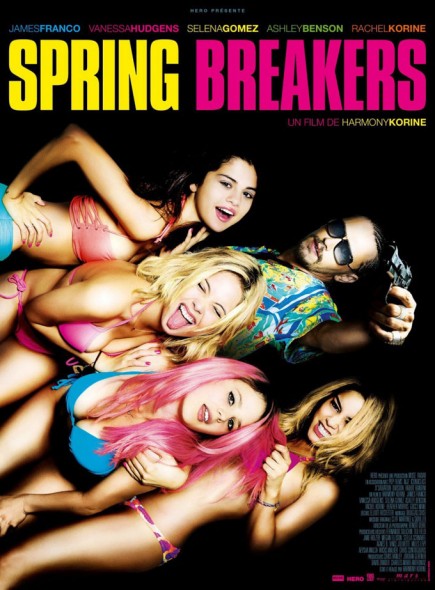 Check out the new international poster for Spring Breakers with Vanessa Hudgens and Selena Gomez!

The movie follows four college coeds who fund their spring break getaway by robbing a fast food joint. But their fortune changes when they’re bailed out by Alien (James Franco), an infamous local thug and amateur rapper who takes them under his wing.