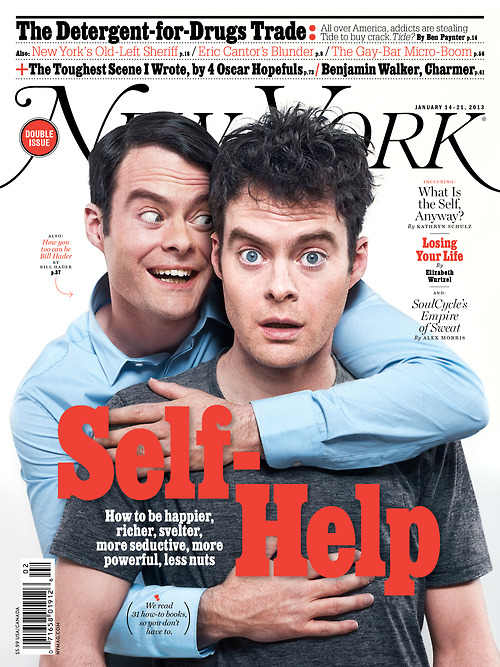 1. Try anything, With one exception.

2. Cut down on vices, With one exception.

I used to smoke, but then I stopped. I don’t drink that much. But sweets are another thing. My weakness is the chocolate-cookie sandwich at Jack’s. If I can go seven days without eating a whole cake, I will reward myself with seven cakes.

Voices are a good way to get in and out of things. James Carville constantly calls my wife to say I’ll be home late. Mandy Patinkin and Al Pacino call to get me restaurant reservations.

I have two children and fifteen nannies.

I set the time on my iPhone to be 30 minutes late, so I’m only an hour and a half late to appointments now.

The best thing to do is wait until the shows are off the air and then catch up. I stopped watching The Walking Dead after the mom died, because that was fucking crazy and it’s never going to get better than that. You just have to avoid the entire human population and the Internet while you wait.

7. Get the heart pumping.

Even though it doesn’t look like it, I run. On a treadmill. And I bounce around to all the songs on my iPod—the Pixies, Wagner, Richard and Linda Thompson, even books on tape. Just not self-help ones. 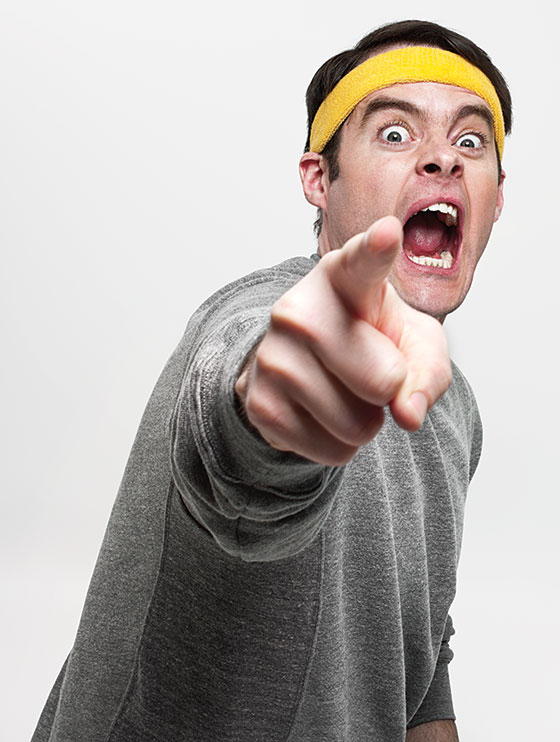 Open to: All, detailed results viewable to: All. Participants: 402

Would you hit it?