Benedict Cumberbatch on playing a villain: Will 'Star Trek' feel his wrath? 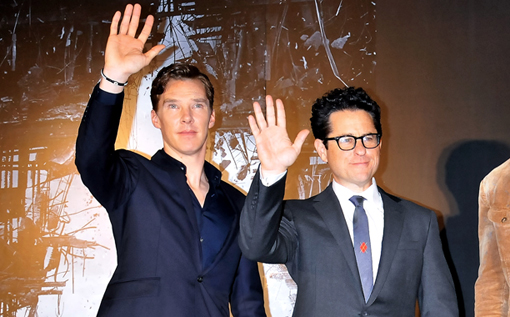 They share the face and the brandy-hued baritone, but you could never mistake Sherlock star Benedict Cumberbatch for the prickly savant of the BBC’s Baker Street — not only is the actor relentlessly polite he’s also never clubbed a cadaver in the name of scientific inquiry. The sleuth may have shined through for a moment last summer though when Cumberbatch showed a Holmesian impatience for unanswered questions and state secrets. “It’s achingly irritating,” Cumberbatch said when asked about the secrecy surrounding his role in this May’s Star Trek Into Darkness. “Believe me, I’d rather talk about the role and the fantastic story and all the things J.J. [Abrams] has come up with. And then everyone would be as excited about the film as I am. But then of course I think I would be on a phone call coming from J.J.’s office…”

Abrams directed the eleventh film in a Starfleet series, 2009’s well-reviewed Star Trek, which beamed up $258 million in domestic box office to set the 30-year-old franchise’s new record ($110 million by Star Trek IV: The Voyage Home in 1986 dropped to second). At Paramount Pictures, all of that and the film’s strong showing in home-video sales and rentals has stoked expectations for the sequel — which has only intensified the already notorious Abrams zeal for script and set secrecy.

( Not sure if Cucumber's growing on me or if it's just the NyQuil kicking inCollapse )
Tags: benedict cumberbatch, interview, sherlock, star trek
Subscribe