Maybe the weight of her tumultuous relationship with Justin Bieber is too much for her to handle.

Selena Gomez looked upset and dishevelled as she arrived at an airport in Los Angeles late Saturday night.

Wearing a camouflage jacket, grey scarf and matching black pants and boots, the flustered starlet frantically checked her phone as she tuned out the world with her green headphones. 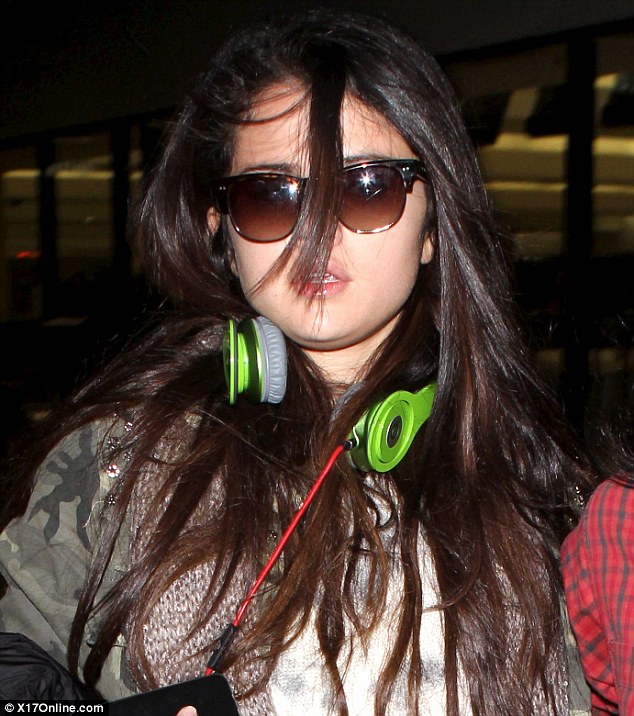 What's behind the glasses? Selena Gomez appeared dishevelled as she was helped through a Los Angeles airport by a friend on Saturday night

The 20-year-old actress walked with the assistance of a friend as her loosely tousled brown hair flew about her face in the frenzy.

Selena has been spending her holiday travelling alone after reportedly suffering a massive blow up with her 18-year-old Canadian beau on a Christmas break.

Taking to her Twitter on Saturday, Selena shared a photograph of herself with a lone, undecorated Christmas tree in a snowy field. 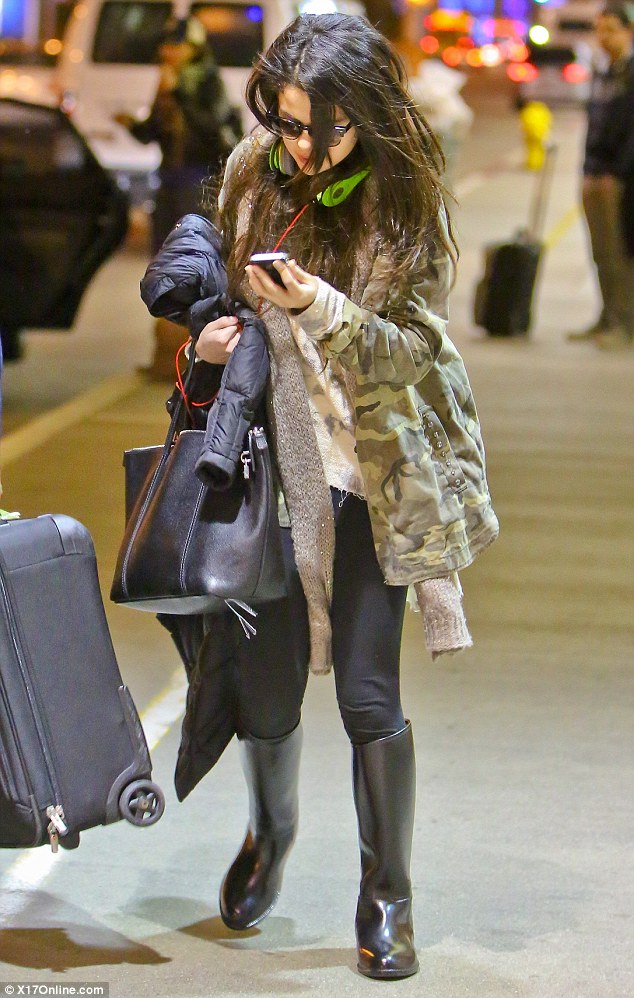 Frantic message: The 20-year-old appeared to have been thrown off by something on her phone 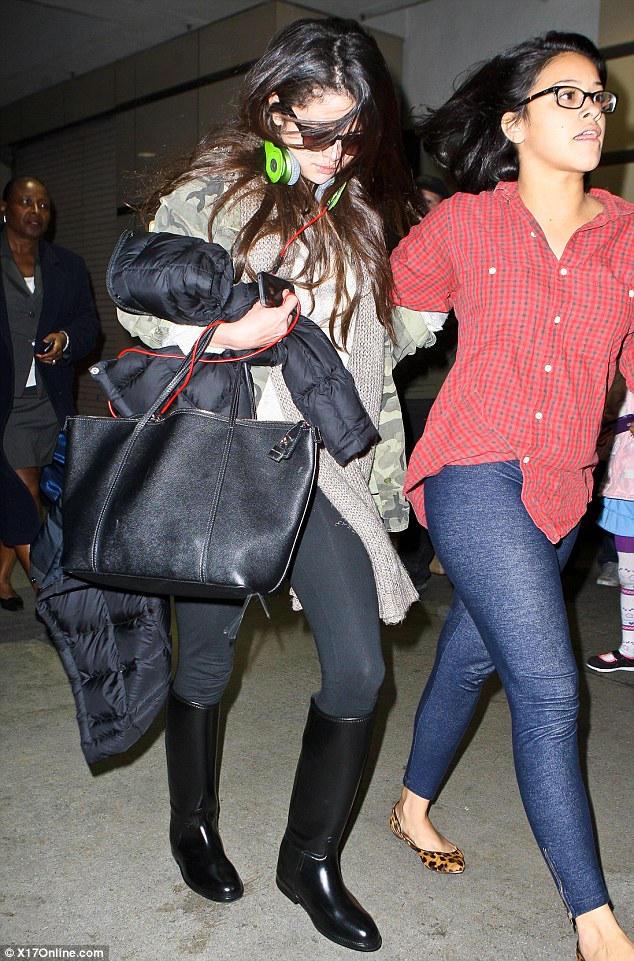 Help from her friends: The singer was pulled along by a friend as they battled the crowds

Wearing a puffy long black coat and a large scarf and glasses, the Year Without Rain singer stood by the tree with the photo captioned 'Thanks for listening, bet you understand.'

The young star may be referencing her latest spat with on-again, off-again boyfriend Bieber, whom she had a massive argument with while on holiday in Mexico.

The bust up was said to be so big that the pair left the hot spot before ringing in 2013 and according to the New York Daily News Selena left on December 30, with Justin jetting out of the resort the following day. 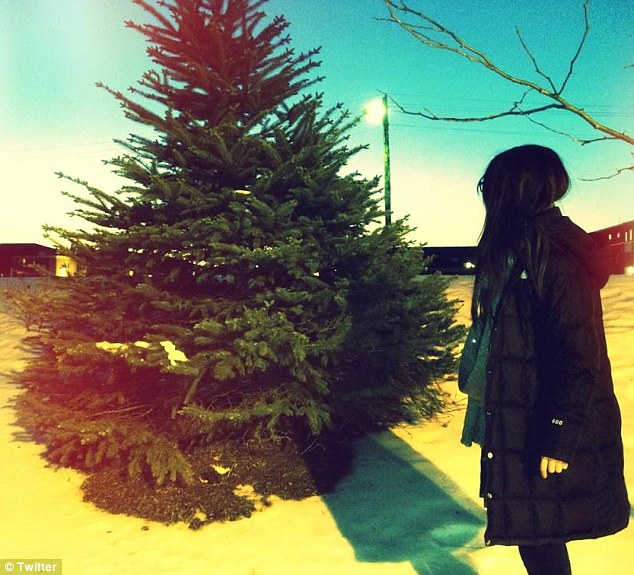 He's listening: Selena posted a photo of a tree with the caption 'Thanks for listening' 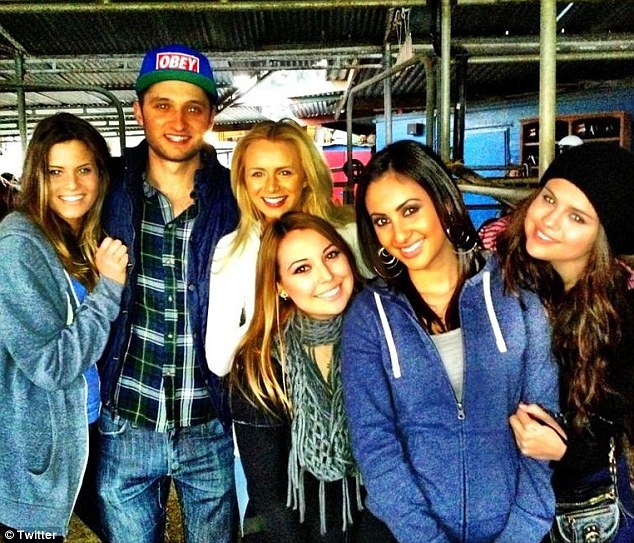 Where's Justin? The Disney star's first photo of the year featured friends - and no Bieber

A source told the paper: 'They keep breaking up and getting back together. It's an on-again, off-again relationship. It's probably not correct to characterize this as a final breakup.'

It has been reported that Selena wants to give the relationship a reboot in 2013.

She started the year off with a resolution on her Twitter account: 'New beginnings. Fresh start. I love you all :)' 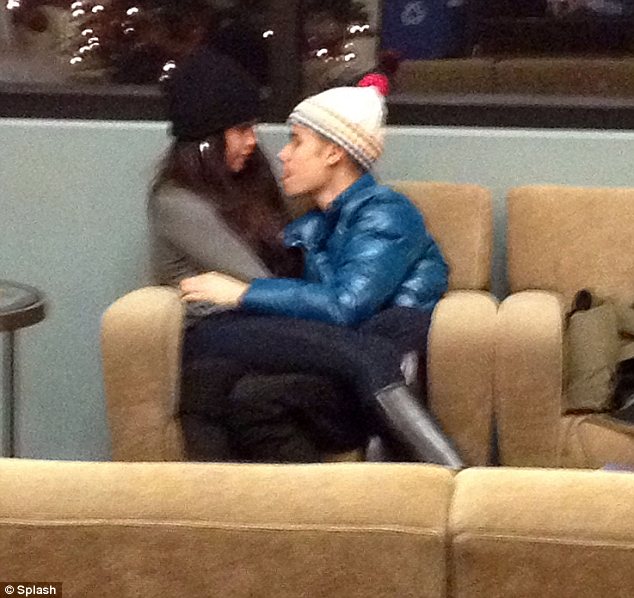 So on and off: The couple, pictured cuddling up together at Salt Lake City Airport just before Christmas

But on New Year's day, the singer mysteriously left her man out of a smiling shot of friends that she titled 'Blessed.'

A source told HollywoodLife.com the
message was for her 18-year-old Canadian boyfriend, saying: '[Selena]
said she wants to start things new with Justin again and act like they
are a new couple and leave all of the drama and bulls**t behind.'

'She
said 2013 is their year and they need to get back to basics. She wants
to hold him to it though so she's letting all of her followers know.' 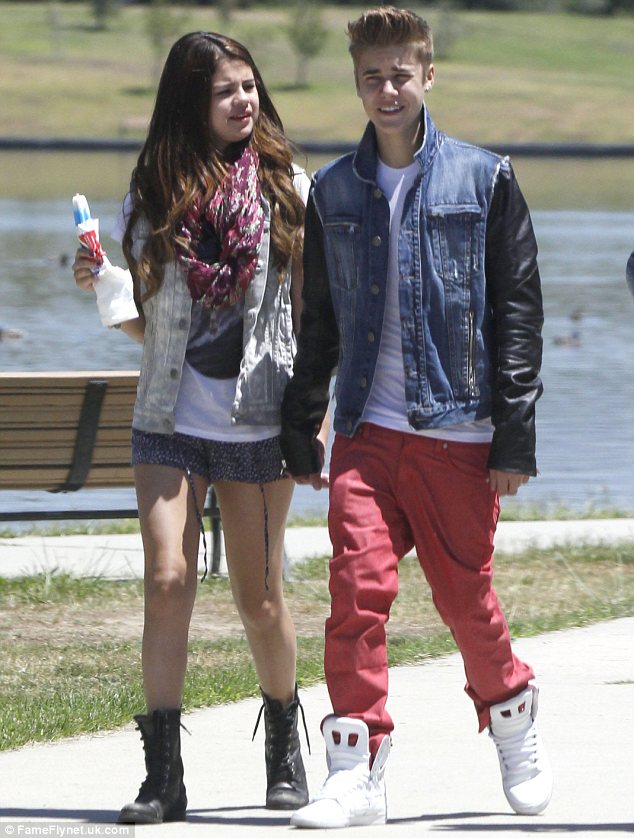