Liam Gallagher hating on Noel (as per usual) and dissing Mumford&Sons, says he likes One Direction 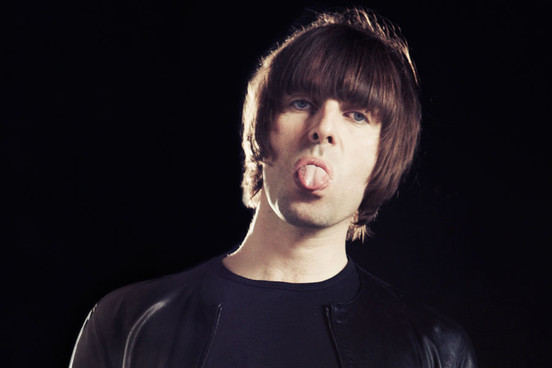 Liam Gallagher has taken a pot shot at Mumford and Sons by saying they look like "they've got fucking nits".
The Beady Eye frontman was talking to Q magazine when he took aim at the multi-award winning folk-rock band. It's clear Gallagher isn't a fan of the band, as he ripped into them with his iconic wit.
He said:Everyone looks like they've got fucking nits and eat lentil soup with their sleeves rolled up. They all look like they live on the heath. Maybe that's where they record.
"Everyone's fucking Don McLean — far too many acoustic guitars, no style," he continued. "They look like they shop at Oxfam. I wouldn't put any posters up of any band if I was a 16-year-old lad. There's none of that sitting down on fucking stools for me, sweetheart."
Liam Gallagher recently revealed that Beady Eye are "definitely experimenting" on their new album. Last month, the band announced that they have returned to the studio with a surprising choice of producer - Dave Sitek. Sitek is best known as a member of TV On The Radio, but his production work includes albums by Yeah Yeah Yeahs and Foals.
Discussing the band's new album, Gallagher said: "I hate the word 'experimenting', but we are definitely experimenting. In five words, it's 'majestic', 'imperial', 'out there' and, er, what was the other one? Oh yeah, 'heavy'."
Beady Eye released their debut LP, 'Different Gear, Still Speeding', in February 2011. The album peaked at Number Three on the UK albums chart and spawned the Top 40 hit 'The Roller'.

Source: NME
"they look like they shop at Oxfam" I love them but this made me lol
Also:
Liam Gallagher: 'Fuck Oasis and fuck Noel'

Liam Gallagher has hit out at his brother Noel over the rumours that Oasis will reform in the future
Speaking to Q, Liam was clearly angry at the untimely demise of Oasis and launched into an angry rant when asked if he was happy for Noel and the success of his solo career. "Was I pleased for him? What, for splitting up my fucking band? I'm not pleased for him, no! I hope he's fucking happy but he doesn't look it."
Noel Gallagher formed his band The High Flying Birds after Oasis split and released his debut album in 2011.
Continuing to get angry about his brother, Liam started again when asked about the persistent rumours that Oasis will reform in the next two years. Currently finishing work on the second Beady Eye album, Liam stated that it was Noel who was behind the rumours and that he is far from happy about it
"It was Noel who started that rumour, I’ve never said a fucking dicky bird. Fuck Oasis as far as I’m concerned and fuck Noel Gallagher. The thought of going onstage with that fucking idiot and hanging out with his daft mates, the pretend drug addicts and all his snobs from Sloane Street. Fuck that, not interested, mate. We’re Beady Eye all the fucking way". Liam went on to add: “I’ve got a new record, I’m buzzing off it.”
Source: another article from NME
They are definitely getting back together then.
Tags: music / musician (rock)
Subscribe
Previous
← Ctrl ← Alt
Next
Ctrl → Alt →
Previous
← Ctrl ← Alt
Next
Ctrl → Alt →