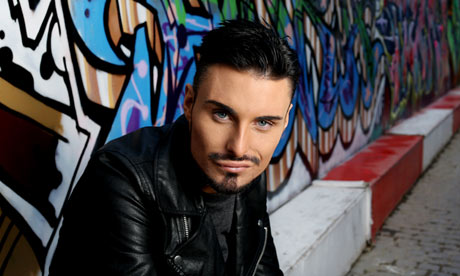 Former The X Factor hopeful Rylan Clark could be about to get a second bite of the celebrity cherry.
The popular XF star has already been installed as 3/1 favourite for the upcoming Celebrity Big Brother, despite the fact that Channel 5 have yet to officially announce the line-up.
Against all the odds, Rylan made it to the quarter finals of The X Factor 2012, and even though he was unlikely to take the TV talent show crown, bookmakers Ladbrokes believe he will emerge victorious from the CBB house.
Just behind Rylan in the betting are Ryan Moloney - otherwise known as Toadfish from Neighbours - who has been given odds of 5/1, along with jockey Frankie Dettori.
Ex-EastEnders actress Gillian Taylforth, Corrie's Sam Robertson and Steps singer Claire Richards all currently stand at 8/1 in the Ladbrokes betting.
Tricia Penrose, Jim Davidson, and married couple Heidi Montag and Spencer Pratt are also thought to be entering the house - which was revealed last week - when it launches on 3 January.

Never watched it but if he's on it I'm DEFINITELY going to start.  SO EXCITED FOR HIM