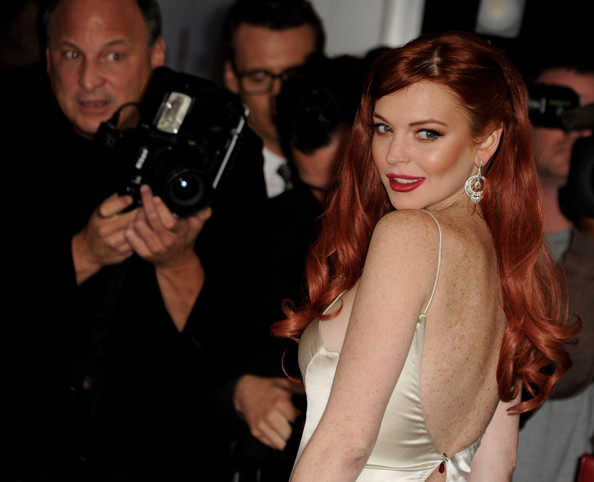 Barbara Walters has forgiven Lindsay Lohan for pulling out of their scheduled interview.

The 'Liz & Dick' actress was due to chat to her friend about her latest movie on November 16 but cancelled and instead agreed to do interviews with Jay Leno on 'The Tonight Show', 'Good Morning America' and 'Late Night With Jimmy Fallon' leaving Barbara very ''disappointed'' about being snubbed but the '20/20' host has now forgiven the 26-year-old star after she apologised on TV.

Speaking to Jay Leno last night (20.11.12), Lindsay said she cancelled her sit down with Barbara because the timing ''wasn't right, right now.''

She explained: ''I love her, I'm a big fan of Barbara Walters. So when it's right, she knows she'll be the first person I sit down with.''
The troubled actress's new PR team were said to have cancelled the interview because they feared it would focus too much on her personal problems, including her father's attempted intervention last month and her current legal issues amid reports her probation will be revoked this week.

And Barbara revealed on her other chat show 'The View' this morning (21.11.12) that she ''appreciates'' what Lindsay said about her and hopes they can reschedule their chat because she thinks the actress deserves a ''fresh start''.

She said: ''I would love to interview her. She is a nice girl so let's move on.''