Muse bassist Chris Wolstenholme has admitted that his first attempts at singing during one of the band's gigs left him feeling faint.

Despite being in the band for over ten years, Wolstenholme only made his vocal debut on the group's latest album, 'The 2nd law', released earlier this year. Wolstenholme sings lead vocals on album tracks 'Save Me' and 'Liquid State' and has been playing the songs live during Muse's recent arena tour. However, it was not a natural transition for the bassist, who told The Sun that the experience was initially "a bit of a disaster" for him. 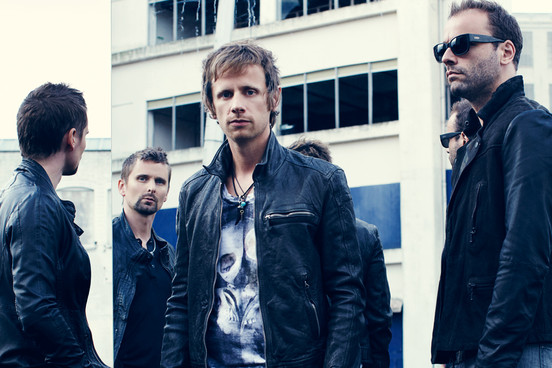 Discussing the experience of singing live, Wolstenholme said: “Singing live was really, really tough at first. I was pretty gutted after the first show because I wasn’t really prepared for the nerves, so as soon as I started singing I felt my legs going and I started wobbling and it was a bit of a disaster. I got over it fairly quickly, though, and I’m starting to enjoy it now.”

Muse fans will get the opportunity to hear Wolstenholme again next Summer when the band embark on a string of UK stadium dates. Matt Bellamy and co. will play:

Speaking about the band's current world tour, which has already passed through UK arenas, singer Matt Bellamy told CBS Local, "I think it's going to be our best tour so far. It’s like our version of [Pink Floyd’s 1979 double album and tour] 'The Wall'."

The ambitious production includes an upside down pyramid structure, which is full of video screens. "Throughout the gig, it gradually comes down and consumes the band. So we end up eaten up by this pyramid thing, which is all very symbolic, of course. We blast out of it and escape."

Oh babu. He's always been super-shy and this makes me go 'awww' like an idiot. He's got a great voice and the lyrics to Save Me are so heartfelt :') I highly recommend to see them live at least once.