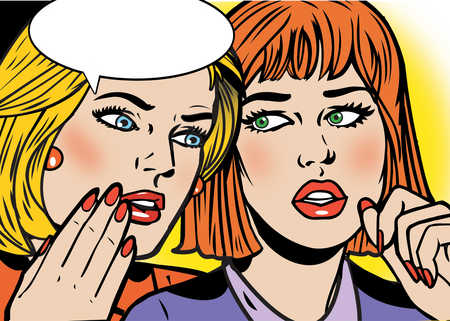 1. [National Enquirer] Which former Disney kid-turned-pop star loves to show off her body by dancing topless in the window of her Hollywood mansion? Neighbors of the barely legal homeowner have complained to the naughty resident, but she pays them no mind – and even flips them off!

2. [Blind Gossip] Her team has decided that this star absolutely must work on a regular basis. It’s the only way to keep her focused and to keep her out of trouble.So even though she hates her current gig and is happy that it may be over soon, her happiness may be short-lived. That’s because her team is already negotiating for next job. It’s the same job… just on a different show.
She:
Current Job:
New Job:


3. [Blind Gossip] These two actors had a dating arrangement. Even though they didn’t like each other very much, they played nice and stuck it out for several months. It’s over now, but she got a nice payday just for being seen on the arm of a cute up-and-comer (and for occasionally spending the night in his guest room). She got a higher profile and a nice new role. He got an attractive beard.

4. [Blind Gossip] He was supposed to be the “good one” among his group. However, the peer pressure is really starting to get to this young performer. He went out for a night of fun with some friends in New York City last week. While they were drinking heavily and doing dr*gs, he stayed rather subdued, sipping on a Long Island Iced Tea.

But that wasn’t good enough for the hard-partying crowd. They started teasing him about his choice of drink, and wouldn’t relent until he started doing shots. He gave in and started pounding down shot after shot of vodka until he could hardly stand. He wound up going home with some random girl (who was 10 years older than him) at 3:00 am.

Dude, you’re underage, you’re constantly drunk, you’re hanging out with a hard-core druggie crowd, and you’re going home with random women. Save yourself!

5. [Blind Gossip] Although you see her with their kids constantly, you don’t see him with the kids more than once a month… and he rarely looks happy about it. Lately though, he’s everywhere with them, and each moment has been captured on film. Why the sudden change?

It’s all because of his famous ex. Given that he and his ex haven’t worked together in years, and given that he’s married, you would think that he’d be smart enough to stop talking about the ex. Nope. He’s been flapping his gums lately about how he’s been keeping in touch with her, and that has really ticked off his wife!

So, even though he has a project to promote, he is now spending much of his time doing penance in the form of family outings: to the park, to the store, to the restaurant, to kiddy-friendly activities. Plus a romantic vacation with his wife.

For each of these outings, the paparazzi are notified in advance, and each outing is captured on film with him posing as the dutiful father and husband. Well, except for the fact that he still looks absolutely miserable. We’d be willing to bet that, as a result of all this fun and togetherness, instances of him talking about his ex will be dramatically decreased in the future.

6. [Blind Gossip] It’s time to boost the ratings, so this show is planning two new storylines. You thought reality shows were real? Not really! The storylines could change before filming, but as of today, they are part of the next season.

The first storyline involves the current relationship of two of the cast members. It’s going to be about “control” issues. More specifically, it’s about a man controlling a woman – what she says, what she does, what she wears, what she eats, who she associates with. It will have sinisterovertones, and will try to play into women’s natural sympathies for another woman who is being abused. No, she isn’t really being abused. They just want her to become a more sympathetic character.

The second storyline will involve a family “falling out”. Everyone is actually getting along pretty well, so this “falling out” is going to be completely fake. It will primarily involve two cast members, but the rest of the cast will be divided into two teams who will each support one side. Hey, they need something for people to talk about. Even if it isn’t real.

7. [Daily Mirror] Which two actresses made out at the Toronto Film Festival? Both moody young stars have been linked to men – but it seems they’re open to a bit of lady loving…

8. [Blind Gossip] Despite his enormous success, there isn’t one person in the industry who thinks that this superstar is talented. Not one. Even his own people don’t think he will successfully segue into other genres or creative endeavors. They just know that for the next two or three years (after which they think his fame will expire) he is a money-making machine, and they will stay aboard as long as it pays. One high-powered agent refers to him as “The Next Aaron Carter.” Ouch.

9. [Daily Mirror] Which star needs to lay off the prescription meds? This young lady couldn’t even remember one of her best friends when she bumped into him recently. Yikes.

10. [Blind Gossip]  This pretty and talented actress has done some growing up, but she continues to be haunted by her past.

When she started out in Hollywood, she was willing to do whatever it took to get a job, and she entered into a full-fledged affair with a major Hollywood producer. After her career started taking off, she tried to end the relationship with The Producer. The Producer got very angry, and tried to sabotage her career, including telling every other director and producer in town that she was a “total sl*t” and “a machine in bed” and that they should require her to put out for a role.

Since then, she has had difficulty landing good roles. She is much more mature and self-aware now and tries to land jobs based strictly on her talent, but her reputation precedes her. Stories about her from years ago are told as if they happened only yesterday. We’ve heard that she “totally kills in auditions”, but the producers or directors frequently offer to give her the gig only if she will put out. She winds up walking away. She walks away a lot.

Since she has only been landing the occasional television or film role here and there, she has now turned to the theater. The good news is that she is doing really well in her current gig. The cast and crew uniformly agree that she is both a great actress and a great person to work with. She tells people that she is doing theater because she enjoys being close to home. But the truth is that she would rather be back on the big screen… if she could only figure out a way to do so without being haunted by her past. She has clearly grown up. How long should she pay for mistakes she made years ago?