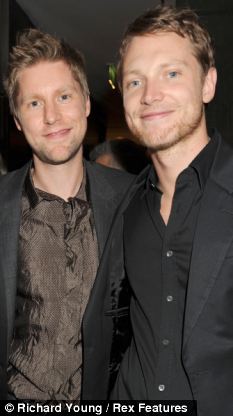 He met and fell in love with Bond girl Rosamund Pike at Oxford University, only to break her heart.

Since then, their relationship has gone from strength to strength, and two years ago they were pictured together at Chelsea Clinton’s wedding.

Woods, friends with Chelsea and her husband Marc Mezvinsky from his Oxford days, had introduced them to Bailey, who designed the suits for the groom and ushers.

Now Woods, 32, and Bailey, 40, are tying the knot in a small civil ceremony of their own next month.

The couple arrived at Chelsea Register Office this week to give notice of their forthcoming partnership.

The banns list them as Simon Douglas Nigel Murray Woods and Christopher Paul Bailey. Bailey’s profession is given as ‘designer’.

Curiously, Woods — who starred alongside Keira Knightley in Jane Austen’s classic as Mr Bingley, opposite his ex Rosamund — lists his occupation as ‘writer’.

It is thought they plan to invite only close family and friends on the day.

They are allowed a maximum of 38 guests to fill the venue’s traditional Brydon Room, which is decorated with crystal chandeliers and gold curtains. 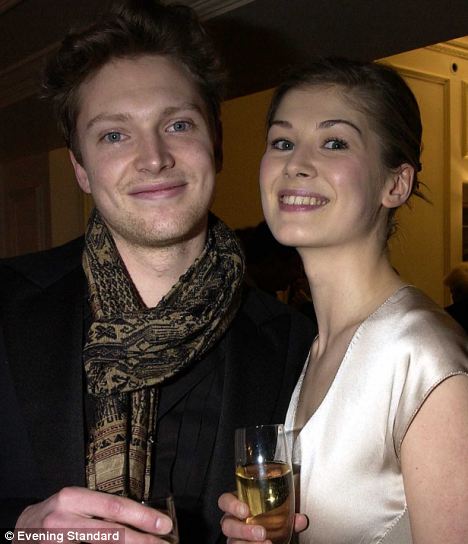 Excluding additional flower arrangements and music, the hire of the room will cost them between £300 and £525.

After dating Rosamund for two years at Oxford, the pair split and Woods reassessed his sexuality.

Four months ago, Rosamund Pike gave birth to a son by her partner of two years, Robie Uniacke.

Woods says: ‘If you wouldn’t mind terribly, I’d rather not talk about it, but thank you for calling.’ 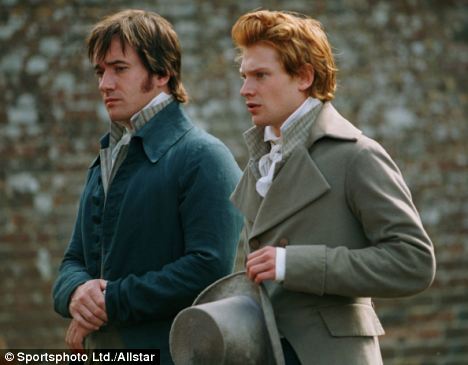 Actor: Simon Woods with Matthew MacFayden as Mr Bingley and Mr Darcy in Pride and Prejudice from 2005